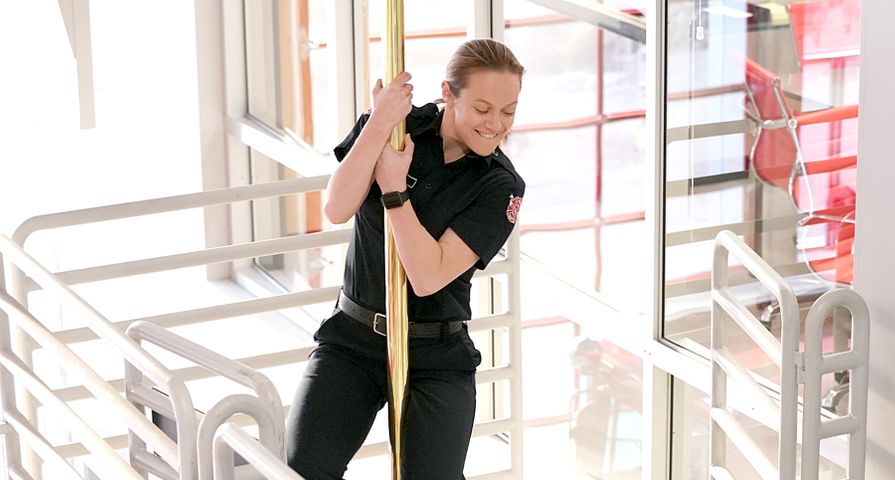 With under a month to go before the highly anticipated new Grey’s Anatomy spinoff, Station 19, premieres, more and more is finally being released about the new show.

The Thursday, March 1 episode of Grey’s Anatomy served as a backdoor pilot for Station 19 as the episode introduced some of the firefighter characters who are set to lead the new show. While being a spinoff of such a massive and successful show as Grey’s Anatomy is always helpful in building a fanbase, there is no denying that there are other firefighter dramas on TV, and it will have to standout to be successful.

Grey Damon, who plays Jack Gibson, said one of the biggest advantages of the show is that it is led by Shonda Rhimes. “It’s a part of the Shondaverse and that, in itself, has its own flavor, its own taste of how they do things,” he said.

According to Danielle Savre who plays Maya Bishop, what really set Station 19 apart is the fact that “it’s badass.” She continued, “Compared to other firefighting shows out there, it’s badass. It sets the bar, I think, for what other shows should be and I’m proud to be a part of it.”

Another significant feature of any Shonda Rhimes series including Station 19 is the powerful women it portrays.  “It was having an idol on television — a female lawyer, a female in politics, female doctors. I think [Shonda] does such amazing things for all the young girls watching this show growing up that say, ‘oh that’s possible,’” Savre said. “I’m just happy that these exist, that show both male and female leads for the girls growing up, since I didn’t have that. My favorite shows were The Golden Girls and reruns of Murder, She Wrote!”

Damon added,“It’s not bad to have a male lead but It’s really nice to have female leads that aren’t just the girlfriend. They’re people … because they are people.”