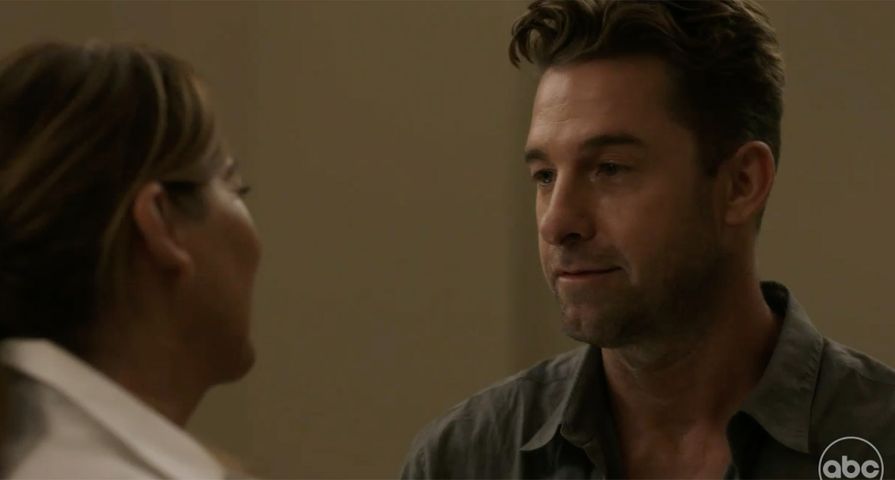 Grey’s Anatomy has returned and there was a lot packed into the season 18 premiere, including some new and some familiar faces!

Kate Burton and Abigail Spencer both returned for the premiere as Ellis Grey and Megan Hunt respectively, meanwhile Peter Gallagher was introduced as Meredith’s former colleague David Hamilton. Then, there was the surprise appearance of Scott Speedman’s Dr. Nick Marsh, and now it has been revealed the actor will be joining the season as a series regular.

Fans will remember that Nick was first introduced in season 14 when he visited Grey Sloan Memorial to retrieve a liver for a patient and collapsed. Meredith surgically removed a life-threatening clot and felt an instant connection with the doctor, something she hadn’t felt since her late husband Derek Shepherd tragically died in season 11.

After the very strong and obvious chemistry between the two, fans were disappointed that Speedman’s character didn’t stick around, but now it seems that the potential romance between Nick and Meredith will be explored this season.

In the premiere, the two engaged in some serious flirting at Meredith’s hotel bar and right outside of her hotel room but she made it clear it wasn’t going any further.

This season will be full of new twists and turns for those at Grey Sloan and the episode was preceded by a message stating: “This season, Grey’s Anatomy portrays a fictional, post-pandemic world which represents our hopes for the future. In real life, the pandemic is still ravaging the medical community. Get the latest information on how to protect yourself and your loved ones from COVID-19 at GetVaccineAnswers.org.”