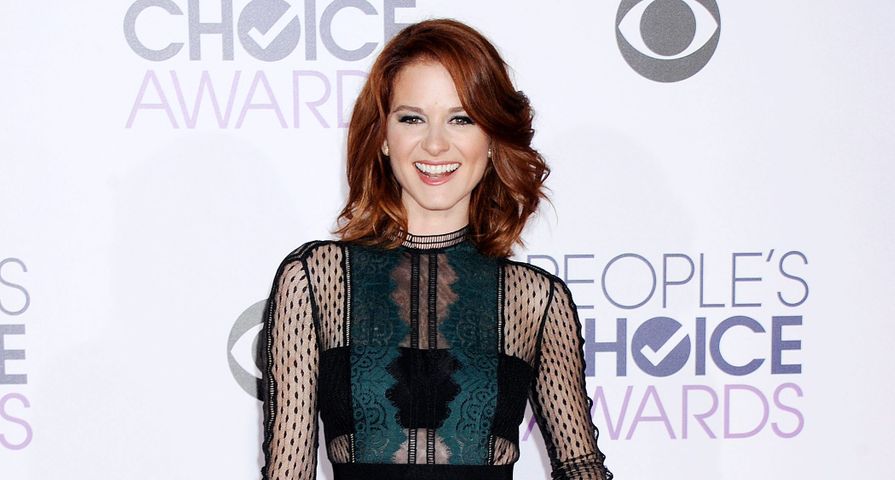 It has now been over three months since the shocking news that two Grey’s Anatomy stars would not be returning for season 15 and fans are still getting used to the idea that they won’t be seeing Dr. Arizona Robbins and Dr. April Kepner again.

In her first in-depth interview since being let go from the hit ABC series, Sarah Drew, who portrayed Dr. April Kepner for the past nine seasons, has opened up to The Hollywood Reporter about what happened when she found out and how she has moved on.

“I was let go during an episode where I was shadowing Kevin McKidd [who stars as Owen and regularly directs episodes]. It was in the afternoon and I went back to my trailer and I did my crying and called my people. A whole bunch of people came into my trailer to give me hugs and cry with me and tell me they were so sad I was leaving. I was supposed to be shadowing Kevin this whole episode with the hope that I would get to direct an episode of Grey’s, but [after being let go] it seemed like that wasn’t a possibility anymore,” she said of finding out she was fired mid-way through what she thought was a regular day.

Drew also explained what she was told in terms of reasoning for being let go, as many will remember there was backlash that both Drew and Jessica Capshaw had been let go to make room for Ellen Pompeo’s new $20 million a year salary. ” was told that the show had too many characters and that they needed to downsize because they couldn’t service all of the characters effectively. They didn’t want any of us to be left in the background and not getting much of a story. Because there were so many series regulars, they needed to downsize and to find some characters that they felt like they could tie up their stories well. [Showrunner] Krista Vernoff said that she felt like April had been through so much and had come out the other side and that she didn’t know what she could put her through again. It was really hard to hear that. But Krista had a lot of very complimentary things to say about the work that I had done — especially this past season — and that April was going to have her happy ending,” Drew said.

Although Drew continued to shadow McKidd for directing, she also got an Emmy nomination for the show’s webseries B-Team, which helped get her back into a positive headspace. “My confidence had gotten a bit shaken in the wake of being let go and the nomination after the fact made me go, ‘I don’t need to be worried about anything or have my confidence shaken,” she told the magazine.

While Drew is moving on with developmental projects and continuing to move forward, she also admitted she probably won’t be watching Grey’s when it returns in September. “There is something about watching your family go on without you that’s a bit painful,” she revealed. “I’m not sure I need to put myself through that. I love them and I’m sure it’s going to be a great season but I think it might be challenging for me to tune in.”