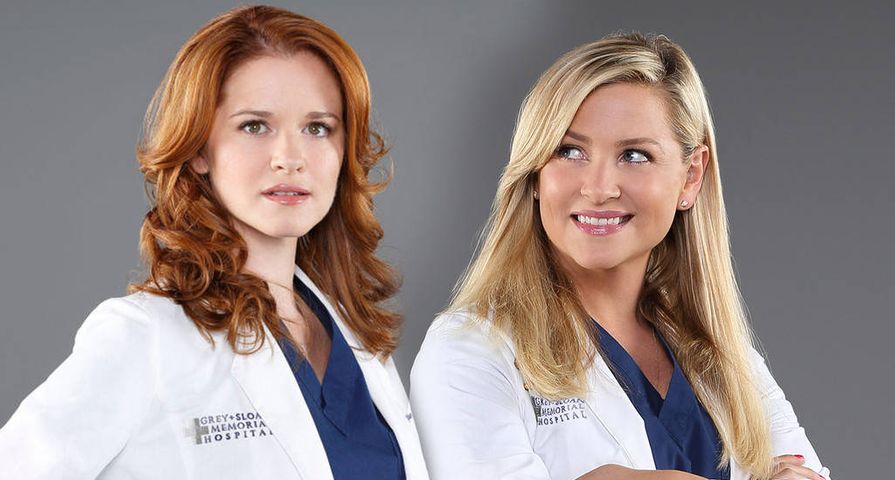 On Thursday, March 8 the news broke that Grey’s Anatomy was saying goodbye to two longtime favorites and while fans are used to saying goodbye to characters on the long-running series, this particular announcement has caused quite the outrage.

Jessica Capshaw who has portrayed Dr. Arizona Robbins for 10 seasons, and Sarah Drew, who has played Dr. April Kepner for nine seasons have been let go from the successful series, and took to their social media to share their reactions to the news.

“Hey guys. Thank you for all of the love. I know you’re sad. I’m sad too. I haven’t really had the time to process this information,” Drew began her note on Twitter. “I’ve been with it for less than 48 hours, so I’m not ready to say my thank yous and give an all encompassing statement about my 9 years here. That will come later 🙂 For now, I’d like to say: I love you, and I love April, and her story isn’t over yet. And the really good news (for me, at least) is that I’m here on set shadowing one of my favorite people, Kevin McKidd, with my beloved Greys family all this week and next, so I get to process all of my feelings surrounded by the community that has nourished and nurtured me for almost a decade. For that, I am so grateful. Much love, Sarah.”

Capshaw also shared a message, stating, “For the past ten years I have had the rare privilege of not only playing Arizona Robbins, but also being madly in love with playing her. Arizona Robins is kind, intelligent, funny insightful, bold, playful, fierce and really good at her job. She was one of the first members of the LGBTQ community to be represented in a series regular role on network television. Her impact on the world is forever. ” She continued, “I am grateful that I have gotten to bring her to life and for the life that she has brought to me. I am sad to see her go but I am consoled by the idea that she will continue to live on and on in all of our consciences and our imaginations. Shonda, thank you for the ride on this incredible rollercoaster with a heart full of love, Jessica.”

While many rumors about the stars exiting the series have surfaced, Grey’s showrunner Krista Vernoff said it was purely about creative direction heading into season 15 (which has yet to be announced). “The characters of Arizona and April are permanently woven into the fabric of Grey’s Anatomy thanks to the extraordinary work of Jessica Capshaw and Sarah Drew,” Vernoff, who is the co-showrunner and executive producer on Grey’s Anatomy, said in a statement. “As writers, our job is to follow the stories where they want to go and sometimes that means saying goodbye to characters we love. It has been a joy and a privilege to work with these phenomenally talented actresses.”