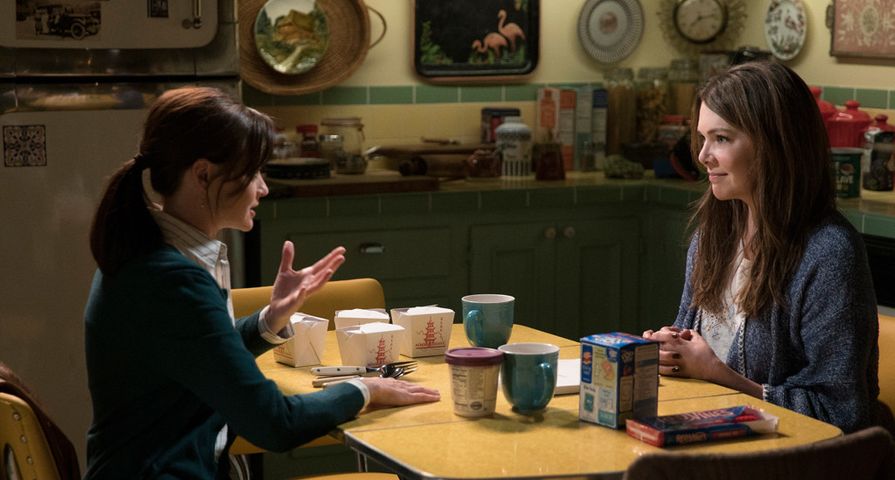 Finally, Netflix! Months after the extremely popular streaming service confirmed it was rebooting one of the 2000’s most beloved shows, Netflix has finally revealed when fans can expect to see the premiere of the Gilmore Girls reboot.

The reboot, titled Gilmore Girls: A Year in the Life, will be a four-part event which will launch on Friday, November 25 2016. Netflix made the announcement at the Television Critics Association’s press tour in L.A. on Wednesday, July 27, and also offered up a highly anticipated promo video.

It seems that each of the four 90-minute episodes will focus on the four seasons – winter, spring, summer and fall, as the promo opens with a listing of the seasons while showing all of Stars Hollow landmarks including Luke’s Diner and the Dragonfly Inn. Finally, fans get to see the Gilmore girls themselves Lorelai and Rory sitting at a table discussing whether Amy Schumer would like Lorelai, a conversation that is quickly distracted as the two women about a strange flower.

As well as the two who are the only ones seen in the promo, the reboot is bringing back almost every other Gilmore Girls star with Melissa McCarthy (Sookie), Scott Patterson (Luke), Jared Padalecki (Dean), and Kelly Bishop (Emily Gilmore).

Looks like the day after Thanksgiving this year will be all about avoiding Black Friday sales by holing up at home and binge watching the Gilmore Girls reboot!