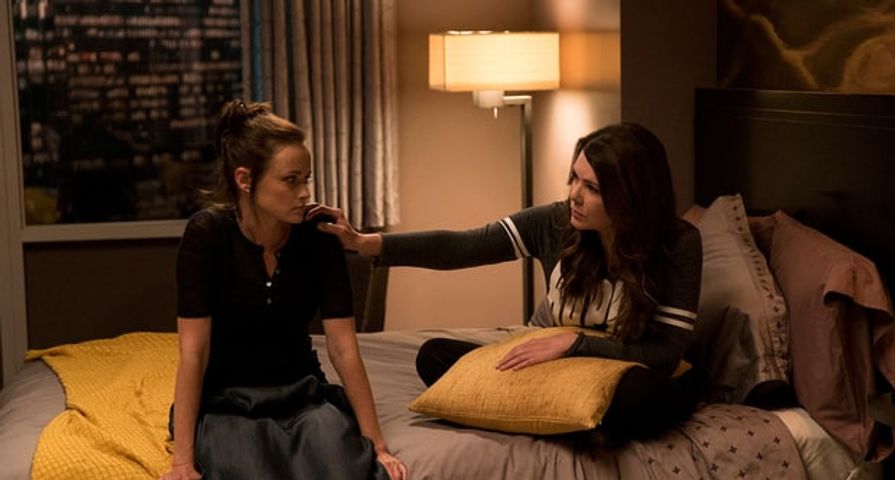 The day is finally here, Gilmore Girls fans! The Netflix revival of Gilmore Girls: A Year In The Life was released early this morning and some viewers already know what the infamous last four words of the show are, and it’ll throw even the most loyal fans through a loop!

Here’s a little background on what these last four words really mean to Gilmore Girls fans. When the original series ended back in 2007, show creator Amy Sherman-Palladino said she always knew the series would end with these four final words, but she never got the chance to put them in the series finale because she ended up leaving the network at the end of season 6. David Rosenthal was hired on to finish the series in season 7, but it just wasn’t the same.

Sherman-Palladino managed to keep these highly speculated and anticipated words a secret for the past 10 years, never even slipping the slightest clue as to what they might be or mean for her beloved characters from Stars Hollow. Even the two leading ladies, Lauren Graham and Alexis Bledel, admitted they had no idea what they were until they signed off on the revival. This secret is so big, the words were never even written down in the script in order to prevent anything from being leaked!

Ready to find out? Here we go…

While we’re so happy to finally learn what the final four words are, now we are left with more questions! Who is the father? Is it her boyfriend, Paul, or could it be her old college boyfriend, Logan? This also leaves the door open for a potential continuation of the series with a little baby Gilmore!