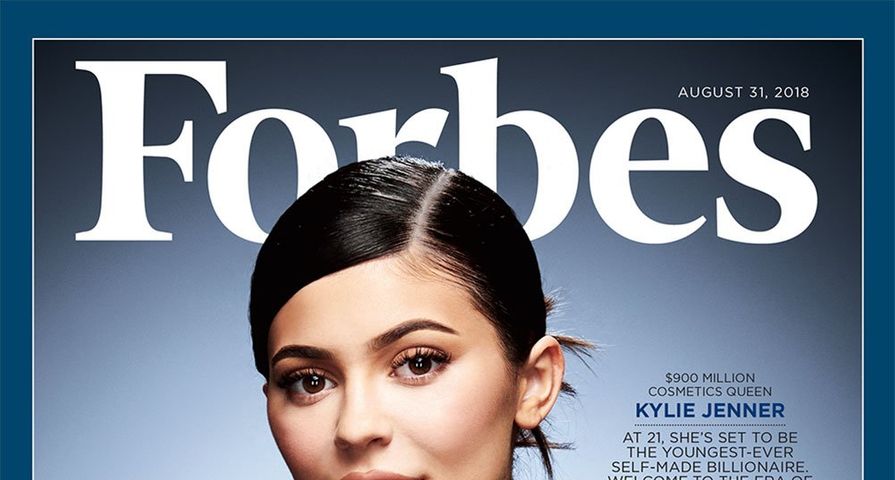 Kylie Jenner is only about to turn 21 but she is already a mother, a reality star, and runs a wildly successful cosmetic company and now she is on the cover of Forbes as one America’s richest self-made women for Forbes‘ ranking of the most successful female businesswomen.

Jenner has now surpassed her older sister Kim Kardashian West as the Kardashian-Jenner family’s most profitable member in only two years since launching her cosmetic company starting with her lip kits and now has an astonishing worth of $900 million.

Most impressively however is that if Jenner’s success continues she is now on track to surpass Facebook’s Mark Zuckerberg as the youngest self-made billionaire ever, male or female.

As one of the youngest and most successful businesswomen out there, fans of Jenners don’t have to look any further than themselves as the answer to her success. She has relied on her more than 100 million social media followers as the key to catapulting Kylie Cosmetics into of the biggest and most successful companies in the beauty industry as well as supporting all of her other ventures prior to starting the company. “Social media is an amazing platform,” Jenner said for her cover story. “I have such easy access to my fans and my customers.

Only two years ago in 2016, Kim Kardashian West was featured on the cover of Forbes which honored the reality star as a “media mogul” worth $45 million, and in that short time Kylie has blown that number out of the water.

“Kylie and I laugh so hard at this all the time, because people always want to pit us against each other, thinking we have similar careers,” Kardashian West wrote on her app and website in April 2016. “I think it’s amazing – there’s no one else I would want to be in the same business with than my sister. She teaches me so much, and I teach her so much, and we’re both so close that it’s just funny.”