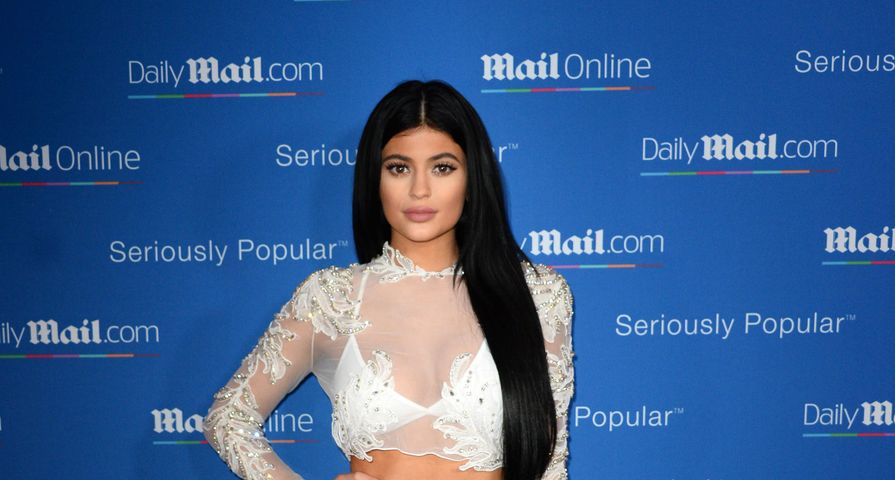 Kylie Jenner never really stood a chance. She didn’t have really good role models at her disposal growing up, which is why she inevitably became a really poor one herself. She doesn’t quite see it that way though. She loves all of the perks that come with being part of the Kardashian-Jenner klan. She’s had lots and lots of things handed to her and she got to grow up really quickly. While most young girls were still playing with Barbies, she was on TV, modeling and endorsing products. All of this success, however, has come at a cost and the result is that Kylie is one of the worst young role models out there.

8. Her Relationship with Tyga

Kylie’s relationship with 25-year-old Tyga is quite problematic. Just as she isn’t like your average 17-year-old, he isn’t quite like your average 25-year-old – he’s a rapper with a two-year-old son and a mean ex fianceé. The age gap combined with the dirty things he’s rapped about his underage girlfriend makes their relationship totally unpalatable. It also makes Kylie a pretty questionable role model for young girls and women.

Kylie is the most viewed person on SnapChat. This makes sense. Young girls and women want to be like her and guys just want to watch her racy little videos. If she’s going to be a role model for these girls and women, she really needs to stop putting those trashy videos on SnapChat. A little mystery goes a long way.

6. Her Love of Plastic Surgery

Kylie’s love of plastic surgery makes her a bad role model. Her biggest insecurity was her lips. Instead of accepting what God gave her, she took her sister Kim’s advice and got some temporary lip injections. Over the last year and a half, her lips have gotten bigger and bigger. Even though it looked like she had something done, she continued to deny it. Young girls wanted her lips, which inspired the Kylie Jenner Lip Challenge. Girls started sucking on shot glasses to blow up their lips and some of them were injured as a result.

It was only after this that Kylie came out and admitted to getting lip injections. Considering how young she is, lip injections were a really bad idea.

Kylie uses her Instagram the same way she uses SnapChat – to give her followers an uncensored look at her life. By looking at her pics online, it’s easy to think that she’s one of the most self-centered teenagers out there. She also comes off as an exhibitionist. At 17, she shows way too much skin. Most the photos on her Instagram aren’t safe for work or for anyone under the age of 18. It certainly doesn’t help that she has over 30 million followers on Instagram, which puts her in the top 10 most followed personalities on the social networking site.

4. Her Barely There Outfits

Kylie shows way too much skin. She is constantly flashing her stomach and a serious amount of cleavage. Dressing this way only ages her and it makes her look kind of trashy. Young girls should be advised to never dress like Kylie – it will get you attention, but not the kind you want.

Kylie’s sisters obviously love her, but they give her some of the worst advice. Kim was the one who encouraged her to get lip injections to combat her insecurities and Khloe encouraged it as well. Kylie spends a lot of time with her older sisters, but she doesn’t seem to understand the big difference between her and them – they are in their 30s and she’s still a teenager.

Kylie also spends a lot of time with Tyga and his crew and they are also significantly older than her. She needs friends who are around her age. All these older influences aren’t helping her at all.

2. Her Lack of Respect for the Law

Kylie is not a great driver. While driving, she has been known to take pictures of herself and post them to Instagram and she has also been caught texting. She obviously doesn’t respect the law, which makes her a pretty poor role model for young girls.

1. Her Lack of Parental Guidance

Kris and Caitlyn Jenner haven’t given Kylie the kind of parental guidance that she has needed, probably because they have been struggling with their own issues. Throughout her teenage years, she’s been treated more like a grown up and this is her parents’ fault. She might be making millions, but she doesn’t have the emotional maturity of an adult. He parents did her a great disservice by giving her so much independence. She’s not ready for it.