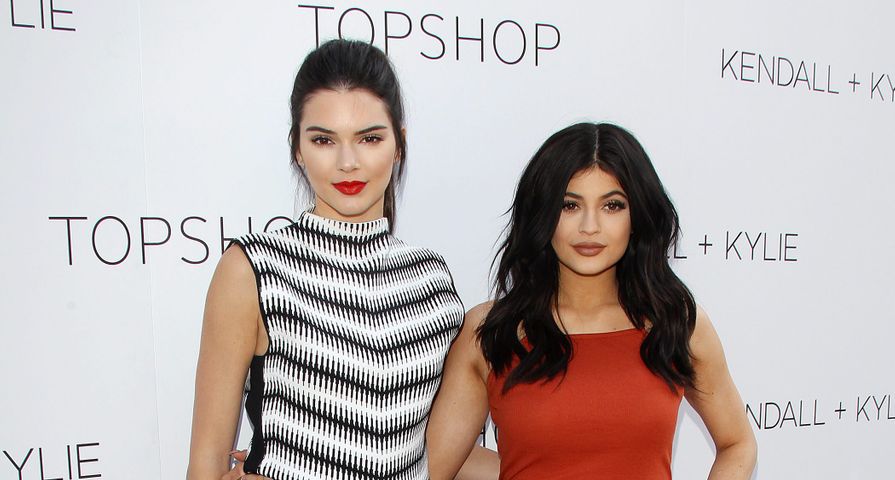 Sibling rivalry is taken to an entirely new level when it comes to the Jenner/Kardashian family, especially between Kendall and Kylie Jenner. The two sisters who are close in age at 17 and 19, have already made their mark as celebrities in what has been called the age of “Social Media Modelling” by Harper’s Bazaar and “the Instagirl era” by Vogue. And while the two are both undeniably on their way to stealing the spotlight from their older siblings, it’s Kendall that’s really coming out in front. Here are 8 ways that Kylie is failing to keep up with Kendall.

Kylie has publicly said that she knows modelling is Kendall’s domain and that can’t be denied by anyone. Currently starring in a Fendi marketing campaign shot by Karl Lagerfeld himself, Kendall Jenner got her start in modelling when she was just 14-years-old when she was signed by Wilhelmina Models. She quickly scored a campaign for Forever 21 and appeared in Teen Vogue. Since then, she has done countless campaigns and print jobs for magazines including Calvin Klein and Givenchy. When she announced over social media that she was the new global face of Estée Lauder, the company’s Instagram account grew by 50,000 new followers, within 3 days. She has also been ranked as the #1 most followed model on Facebook and Instagram and #2 most followed model on Twitter behind Tyra Banks. Are you following?

Kylie has also conceded the runway to her big sister, with Kendall appearing on just as many catwalks as magazine covers. Kendall first made her runway appearance at the Mercedes-Benz Fashion Week in 2011 and since then has worked the runway for Marc Jacobs, Giles Deacon, Givenchy, Chanel, Donna Karan, Diane Von Furstenberg, Tommy Hilfiger, and countless others. Want a few more names? Kendall has also strut her stuff for Alexander Wang, Vera Wang, Michael Kors,  and Oscar de la Renta.

Kylie Jenner has expressed her interest in pursuing acting, but says it will have to wait until she’s finished with school. “[A]cting is something I would regret not giving a chance when I’m older, so I would love to try it and see if I like it,” she said. Until then, it remains yet another domain of big sister Kendall. In 2010, the older Jenner sister was cast in One Call’s Blacklight video and in 2012 she appeared in an episode of Hawaii Five-0. Aloha!

Kendall and Kylie like to put their celebrity status to good use by supporting various charities, and while Kylie is involved, she tends to take a back seat to her big sisters. Involved with various efforts along with her family, Kendall also appeared at Marc Jacobs’ Bookmarc store in New York City for the launch of LOVE Magazine issue 13 and posed in a limited-edition T-shirt sale to raise proceeds for Designers Against AIDS.

Kylie can’t compete when it comes to official recognition. Kendall takes the top-tier for most awards between the two sisters. Kendall has won the 2013 Teen Choice Award for Female Reality/Variety Star and has been nominated for the Young Hollywood Awards, Teen Choice Awards, and the Capricho Awards.

In May 2014, Jenner purchased a $1.4 million two-bedroom, 2.5-bath condominium in Los Angeles as her primary residence, as one does when they’re still in their teens…at least when you’re a part of the Kardashian family clan. Little sister Kylie upped her sister when it came to the price-tag. In February 2015, Jenner purchased a $2.7 million five-bedroom, 5.5-bath mansion in an upscale gated community in Calabasas, California. However, the younger Jenner won’t actually be able to live in her humble-home until she turns 18.

Seventeen-year-old Kylie may have a more eyebrow-raising love-life since it has come out that she’s dating 25-year-old rapper Tyga. They don’t seem like the most likely couple, but it must be…um…true love? On the other hand, Kendall has made just as many thumbs-up headlines for her love-life as for anything else and it’s totally understandable. Back in 2012 to 2013, Kendall dated fellow Sierra Canyon School alumnus and Nevada Wolf Pack wide receiver Julian Brooks. Next, in November 2013, came a relationship with One Direction singer/songwriter Harry Styles, which was a sure way to stir up attention. However, they broke up in 2014 to the joy of many OD fans.

The true test of popularity these days is a celebrity’s Google rank and although any and every Jenner/Kardashian can heat-up the Internet search engine, Kylie can’t come close to competing with Kendall in this race. In December 2014, Kendall was named the second most Googled model in the world, only coming in behind the captivating Kate Upton and coming in ahead of Miranda Kerr, Heidi Klum, Gisele Bündchen, Kate Moss, Karlie Kloss, Naomi Campbell, Chanel Iman, Hailey Baldwin, Cara Delevingne, and Coco Rocha. Poor Kylie — it’s impossible to keep with that!