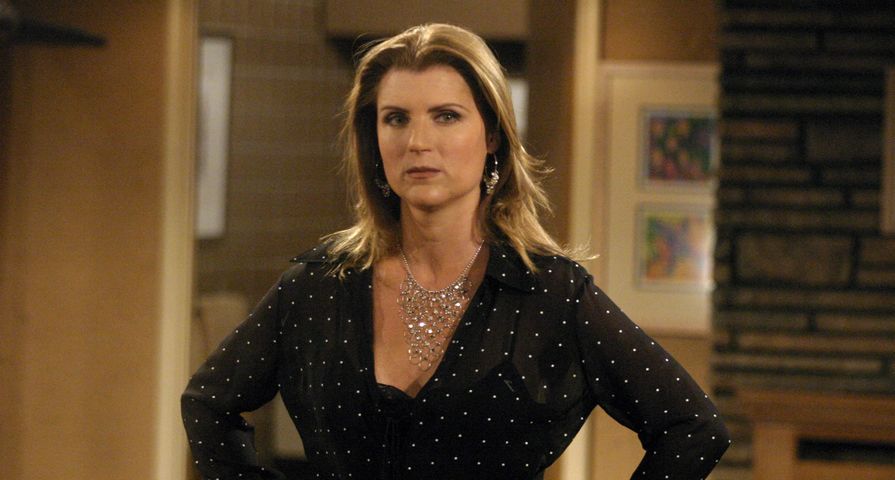 Actress Kimberlin Brown has confirmed what The Bold and the Beautiful (B&B) fans were hoping for: Sheila Carter is back!

The reviled, infamous and beloved character will return to the hit CBS program this week, as revealed by Entertainment Tonight. And what a return it will be! Sheila will have some huge (and borderline traumatic) news for Finn and the Forresters: She’s Finn’s biological mother.

“When I found out that Finn was Sheila’s son, I was excited — I mean, terribly excited,” Brown shared during Soap Opera Digest’s podcast, Dishing With Digest. “Especially because all the years that Sheila has been on the show, and I know she has other children, I’m finally going to get to act with one of them for more than just a little while.”

It sounds as though the mother-son relationship might provide viewers with a new angle on Ms. Carter, although we’ve seen Sheila try to play nice before. Of course, now that the character is embedded into the Forrester family, she might not have to try as hard.

“Think about this,” Brown enthused. “Sheila finally has a connection to the Forresters — through Steffy, whether she likes it or not.”

The bombshell revelation comes after months of hinting, which began when Executive Producer Bradley Bell insisted that Finn’s biological mother was already on the B&B canvas. Sheila Carter was on a candidate list that included Shauna Fulton (Denise Richards) and Quinn Fuller (Rena Sofer), but the odds seemed too slim — and the possibility too outrageous.

Finally, in response to a B&B promo video on July 30th, which asked “Ready to see what happens next?”, Brown replied by tweeting, “I can’t wait!” At that moment, Sheila Carter shot to the top of that list.

So, now that the news is out: what can Brown tell us about Sheila’s state of mind after three years off-screen?

“I really thought she had changed the last time she was there,” Brown admitted. “She was trying to be a better person. There’s no doubt about that, and I don’t think that that has changed.”

Given her notoriety as a celebrated villain, however, Brown couldn’t resist acknowledging her character’s sinister undertones.

“But, even for people who have become better, in the face of society, when you have certain elements in life that refuse to acknowledge that betterment, you just hope you don’t slip back into some of your old ways.”

“I guess it’s the way I have always signed my photographs,” she added. “‘Get ready, because the best is yet to come!’”

Or, as Brown stated in a televised clip for ET: “Misery loves company, so I’m gonna bring a little misery on!”