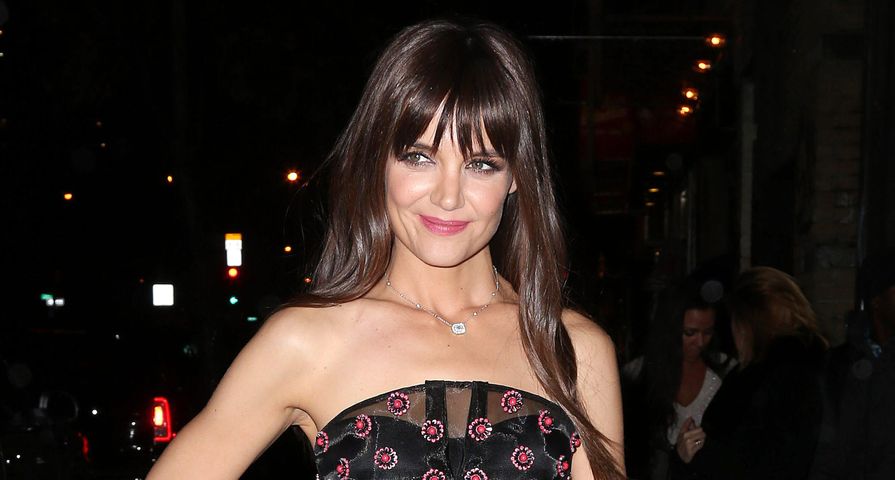 It has incredibly already been 13 years since Dawson’s Creek went off the air, and although so much time has passed, fans still hold out hope that there will be a reunion or reboot featuring the show’s amazing cast. Unfortunately, star Katie Holmes recently shut down that hope in an interview on SiriusXM’s Just Jenny Show.

“I don’t think we’re going to do a reunion. We did grow up, but we see each other every now and then. I think that the charm of the show was Kevin Williamson’s writing and it was of that time and it gave teenagers this voice. It was a very, very special time — a special show and I loved every minute of it,” Holmes stated.

While Holmes, who of course played Joey Potter, disheartened a lot of longtime Dawson’s Creek fans with the interview, they can still hold on to the mini-reunion that happened on Saturday, December 3 when Michelle Williams and James Van Der Beek, aka Jen and Dawson, reunited for the first time in 13 years at the Manchester By the Sea Holiday Party.

Williams was also asked about the chance of a reunion, but since her character died, it is a bit harder for her. “I died. I would have to come back as a ghost – or put a lot of filters on the camera, and I’ll do flashback scenes. I think it’s a fun thing to sort of imagine. I like imagining it. But I haven’t heard anybody say anything like actually serious about that happening,” the actress stated.