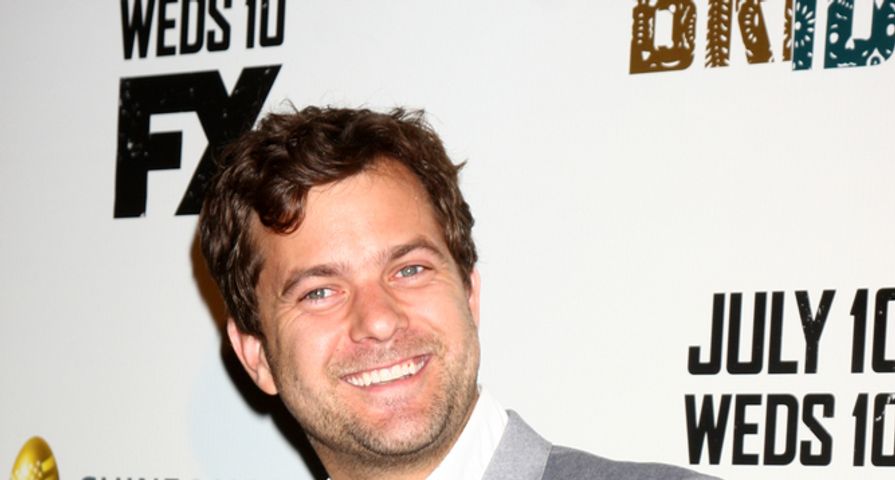 When did you first fall for Joshua Jackson? Was it when he was the hockey playing Charlie Conway in The Mighty Ducks? Or when he was Dawson Leary’s bestie Pacey Witter on Dawson’s Creek? Were you a bit late to the game and discovered him as Peter Bishop in Fringe? Or are you a new-comer to the Joshua Jackson fan-club with your eyes locked on him as Cole Lockhart in The Affair? Maybe it was one of his other movie roles like Blaine in Cruel Intentions or Luke in The Skulls. Bonus fan points if you recognized him as dreamy eco-activist Jesse Grass on The Simpsons. Whether you’ve been smitten with him from day one or are newly interested, here are 10 reasons why Joshua Jackson will always be crush-worthy.

There’s just something about a guy who can still look hot even when he’s totally scruffy and Joshua Jackson can absolutely pull it off. Often spotted somewhat unshaven and in clothes that aren’t exactly red-carpet ready, most of the time he looks more like an everyday guy you’d hang out with rather than a big Hollywood star…and maybe that’s why we all adore him and his look so much.

9. His Adorable Smile (and Those Cheeks!)

Joshua Jackson’s smile is pretty much all about his cheeks. Granted, he has lovely teeth, a great chin, and his eyes seem to lighten when a grin hits his face, but really, those cheeks. When Josh sprouts a smile, his cheeks become round and absolutely adorable. Basically, he should just smile all of the time which would make his fans eternally happy.

Joshua Jackson certainly has a sense of humor and fans appreciate him for it. Regularly cracking jokes during interviews, he’s also now taking his cheeky personality to social media. Do you want examples? Of course you do! Check out his first “selfie” or his on-set wardrobe (WARNING: it’s a strapless “invisible” thong for men!). Oh my!

7. He Cares About the World

Joshua Jackson cares about the world and that includes the current environmental crisis and issues we’re facing around climate change. He’s not one to shy away from publicly supporting the causes he cares about. For instance, he recently posted on Instagram: “vancityjax: Because breathing is not optional. And clean air should be the right of all people. This is why #cop21paris2015” and “vancityjax: Leave it to Parisians to find the most elegant way to have your voice heard even against all odds. #cop21paris2015” both referring to COP21 which is the “21st Conference of the Parties to the United Nations Framework Convention on Climate Change” (which is happening right now in Paris). Not only does he care about the air we breathe, but he’s got a green thumb too! Josh promotes sustainability by growing his own food!

From the garden today. Good to be home

Joshua Jackson may have spent part of his younger years growing up in LA (in fact, he now owns his childhood home in the area), but he was born and raised mostly in Vancouver, British Columbia on the West Coast of Canada and he still very much considers himself a Van City Boy. Not shy about sharing gorgeous pics of his home over social media, you’ll find him at the aptly named Van City Jax on both Instagram and Twitter which shows just how much he considers where he came from a part of him.

Joshua Jackson is undeniably talented when it comes to acting which is why he’s continued to land roles on some of the most popular shows around. It’s also resulted in an abundance of awards for the actor. Starting all the way back in his Might Ducks Days when he was nominated for a Young Artist Award in the category of Young Ensemble Cast, it didn’t take him long to start earning nominations and awards all on his own. In 1999, he won the Teen Choice Award for his work on Dawson’s Creek. The next year, he was nominated for his role in The Skulls and won another Teen Choice Award for Dawson’s Creek. The same year he won a Young Hollywood Male Superstar of Tomorrow award. Not too shabby! He was nominated three more times for Teen Choices Awards taking home one more win in 2001. From there he went on to win awards from the Ft. Lauderdale International Film Festival, Hollywood Film Festival, Satellite Awards, and the Screen Actors Guild Awards for various roles. He’s already being recognized for his work on his new show, The Affair, currently nominated for a 2016 People’s Choice Award. So get out there and vote, people!

4. He’s Not Afraid To Switch It Up

It would be hard – if not impossible – to say that Joshua Jackson isn’t willing to take risks and switch it up when it comes to the acting roles he’s willing to take on. From a beloved teen drama to a serious sci-fi smash to an emotionally-wrenching drama-filled adultery based series, he’s always willing to dive straight into a juicy production. Frankly, the only reasons it seems that Joshua Jackson hasn’t experimented with a wider range of roles is because he’s so successful in the ones that he plays, that he ends up playing them for years and years leaving him little times for other work. But really, who can complain?!

3. He Got The Good Guy vs. Bad Guy Thing Going On

Did you know that Joshua Jackson and Katie Holmes were in a relationship for the first two seasons of Dawson’s Creek?! It’s almost too sweet to handle especially if you’re aware of the enduring teen love that they portrayed in the show. They may not have been meant to be together forever, but Katie still claims to this day that Josh was her very first love. Total swoon!

It may not have been happily-ever-after for Joshua Jackson and Katie Holmes (really, they were pretty darn young), but it worked out for both of them in the end. Katie ended up marrying and divorcing Tom Cruise (let’s not even go there) and Joshua Jackson ended up with Diane Kruger in what one could easily argue is one of the happiest, most adorable looking couples in Hollywood. Honestly, how can you not adore a guy who looks at his longtime girlfriend like she’s the most beautiful treasure in the world?! Heart melting!