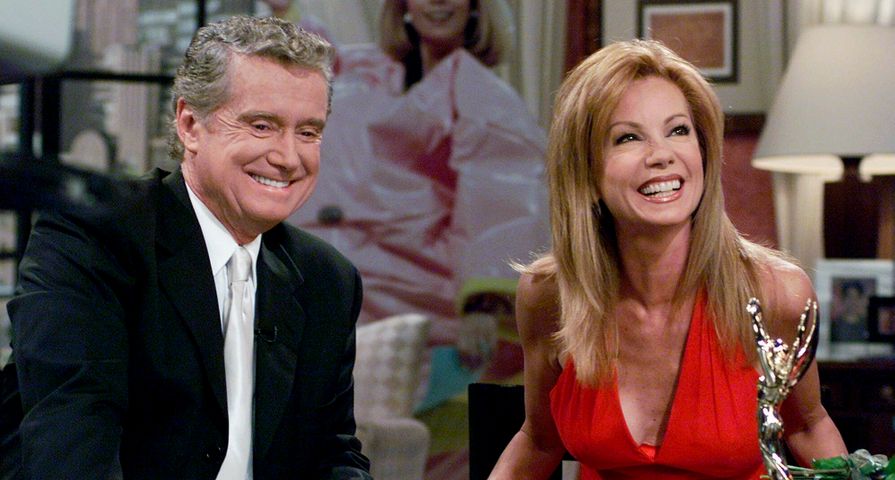 “There are no words to fully express the love I have for my precious friend, Regis. I simply adored him and every day with him was a gift,” she wrote.”We spent 15 years together bantering and bickering and laughing ourselves silly—a tradition and a friendship we shared up to this very day. I smile knowing somewhere in Heaven, at this very moment, he’s making someone laugh. It brings me great comfort knowing that he had a personal relationship with his Lord that brought him great peace. I send all the love in my heart to Joy, to his children, to the rest of his family and to the innumerable people he touched over his legendary life. There has never been anyone like him. And there never will be.”

Gifford and Philbin first worked together in 1985 when she joined him on The Morning Show on WABC-TV. It became a national hit because of their chemistry. The show was syndicated in 1988 as Live! with Regis and Kathie Lee and the two went on to work together until 2000. Even though Gifford left the show, she remained close to her former co-host.

Philbin passed away on Friday of natural causes at the age of 88.

“We are deeply saddened to share that our beloved Regis Philbin passed away last night of natural causes, one month shy of his 89th birthday,” his family shared in a statement to PEOPLE. “His family and friends are forever grateful for the time we got to spend with him – for his warmth, his legendary sense of humor, and his singular ability to make every day into something worth talking about. We thank his fans and admirers for their incredible support over his 60-year career and ask for privacy as we mourn his loss.”

Philbin was a well-known host in Hollywood. His professional resume included hosting gigs with A.M. Los Angeles, Regis Philbin’s Saturday Night in St. Louis, Who Wants to Be a Millionaire, and America’s Got Talent. He has won Daytime Emmy Awards for outstanding talk show host, as well as a Lifetime Achievement Award from the Daytime Emmys in 2008.