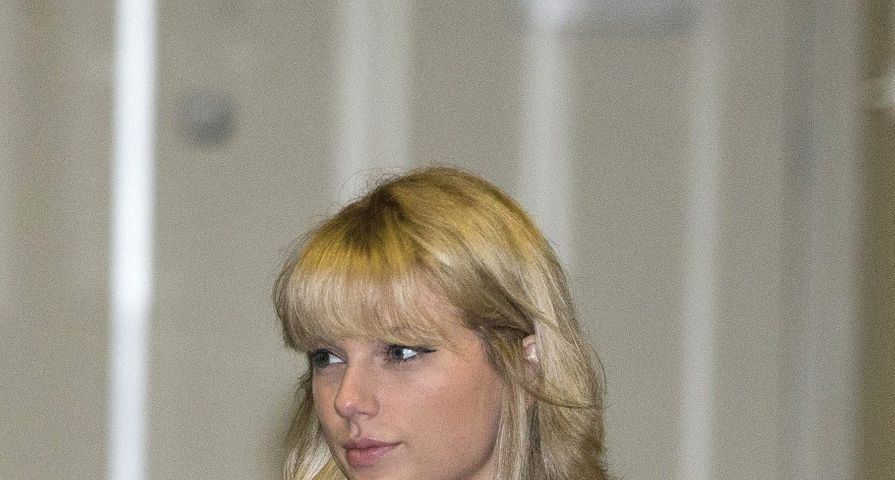 Taylor Swift is involved in another game of “he said, she said” with Kanye West and Kim Kardashian.

In April, Kanye released the single, “Famous,” which made a reference to singer Taylor Swift. West rapped, “I feel like me and Taylor might still have sex / I made that b-tch famous,” and claimed that Swift had given him approval to use the lyrics. After the song’s release, Swift’s spokesperson stated that West had never asked for approval, and she “cautioned him about releasing a song with such a strong misogynistic message.” Swift also took a jab at West during her 2016 Grammy acceptance speech by stating, ““I want to say to all the young women out there—there are going to be people along the way who will try to undercut your success or take credit for your accomplishments or your fame.”

But in June, Kardashian gave an interview with GQ where she revealed that she had video proof of Swift approving the lyrics. Swift “totally gave the okay. Rick Rubin was there. So many respected people in the music business heard that [conversation] and knew,” she stated.

On Sunday, Kardashian released the footage on her Snapchat account in a series of videos. The videos depict a phone call between Swift and West in which the rapper read off lyrics to the singer. “It’s like a compliment,” Swift told West after he read her the lines, “For all my Southside n—– that know me best / I feel like me and Taylor might still have sex.”

Swift is heard saying, “I never would’ve expected you to like tell me about a line in your song. I mean, I don’t think anybody would listen to that and be like, ‘Oh, that’s a real diss.’ You gotta tell the story that way that it happened to you and the way you experienced it.”

West told Swift, “What I give a f— is you as a person, and as a friend, I want things that make you feel good,”

Now it seems Swift has a different version of how things went down between her and Kanye. In an Instagram post she released last night, she wrote. “Where is the video of Kanye telling me he was going to call me ‘that b-tch’ in his song? It doesn’t exist because it never happened. You don’t get to control someone’s emotional response to being called ‘that b-tch’ in front of the entire world.”

Swift believes the release of the video is a deliberate attempt to ruin her reputation. “Being falsely painted as a liar when I was never given the full story or played any part of the song is character assassination. I would very much like to be excluded from this narrative, one that I have never asked to be a part of, since 2009.”

That moment when Kanye West secretly records your phone call, then Kim posts it on the Internet.