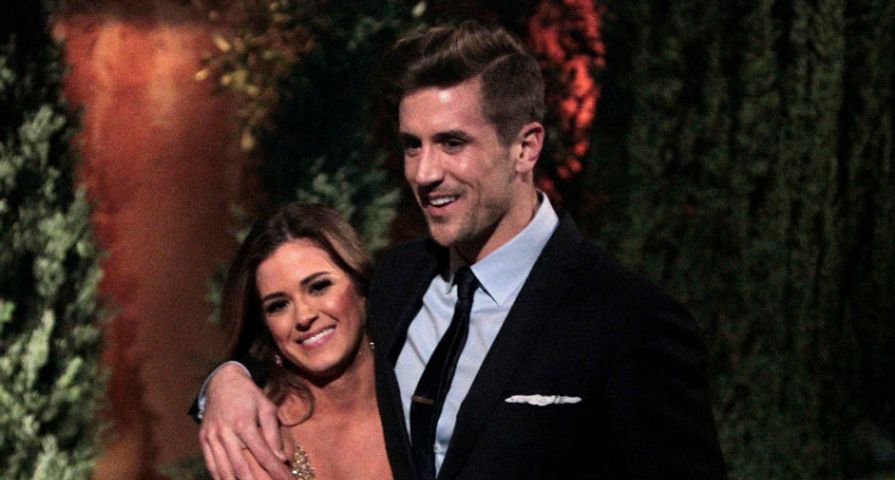 The Bachelorette’s newest season is already nearly halfway done and unlike a lot of other seasons, this one has had a clear frontrunner right from the beginning.

From the first episode, fans were quite surprised by how quickly bachelorette JoJo Fletcher gravitated towards Jordan Rodgers, and almost just as quickly, rumors started swirling about the handsome contestant and his womanizing ways and his true motives for being on the show.

It seems that JoJo wasn’t oblivious to all of this though as she confronts him on tonight’s episode about what she had already heard about him at the time of filming. Without naming names Fletcher tells Rodgers that she recently met a woman who he had dated in Dallas and that woman told JoJo there was some “trust stuff.” Instead of answering her, Jordan just looks frustrated that it came up and instead JoJo diverts the question to instead ask why he is ready now for a serious relationship, even marriage, when he wasn’t before to which he replies, “Unfortunately it has a lot to do with sports. I was focused on one thing in my life – being the best football player I could be. And when I wasn’t, it was tough, and I took it out on people. So she was along for the roller coaster of when I was at my best and when I was at my worst. I’ll be the first to admit I was awful, and I wasn’t the best person all the time.” Not satisfied with the response, JoJo asks, “was there cheating?”

Although the clip cuts out there, insiders close to the show say that Jordan denies being unfaithful and JoJo chooses to believe him. Of course fans are well aware that moments after the premiere episode aired, Rodgers ex Brittany Farrar took to Instagram to call him a cheater, writing, “Riding the bench doesn’t get int he way of a relationship, but cheating does. #yourpitchisntperfect #alwayswantedtobefamous #dreamscometrue #tuneinnextweekformoreBS.”