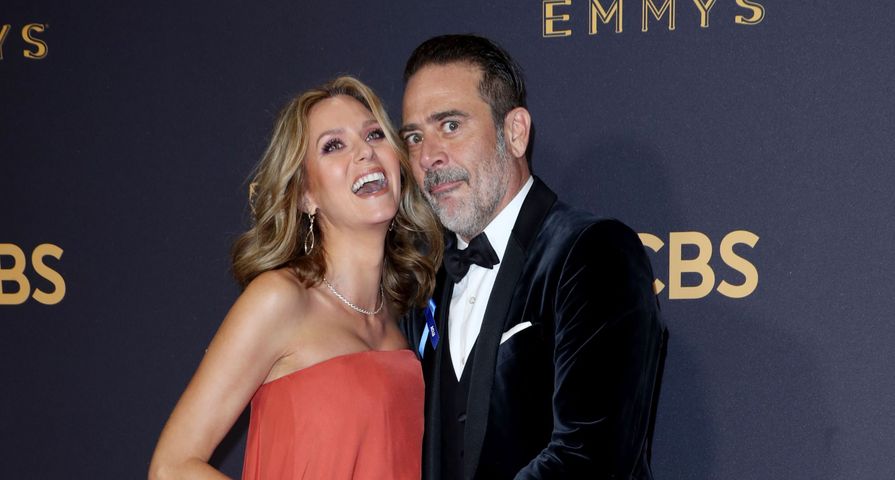 One Tree Hill alum Hilarie Burton and her longtime partner Jeffrey Dean Morgan made a huge hint that they are expecting baby number two last night on the Emmy’s red carpet!

The Walking Dead actor placed his hand on what appeared to be Hilarie Burton’s baby bump beneath the flowy, coral dress she donned! The pair did not explicitly confirm the baby news but they certainly dropped a clear hint that they could potentially be expecting their second child.

The Hollywood duo are notorious for being private about their relationship, but seemed thrilled and all smiles when they stepped out at the Emmy award show red carpet last night. The two have never been a red carpet staple who flaunts their relationship, but they have been quietly dating since 2009 and reportedly secretly married in 2014. They got together shortly after Burton divorced her first husband, Ian Prange, the assistant director of One Tree Hill.

Burton and Dean Morgan welcomed their first child, Gus, back in March 2010 after a secret pregnancy and didn’t confirm the birth of their son until months later. Although neither has been one to open up about their parenting experience, back in 2011 Jeffrey admitted that parenting had “been spectacular” and joked that “a lot of not sleeping” was happening.

If the news is indeed true, we send our congratulations to this adorable growing family!