Grey’s Anatomy’s ‘Charmed’ Reunion Had Quite The Twist 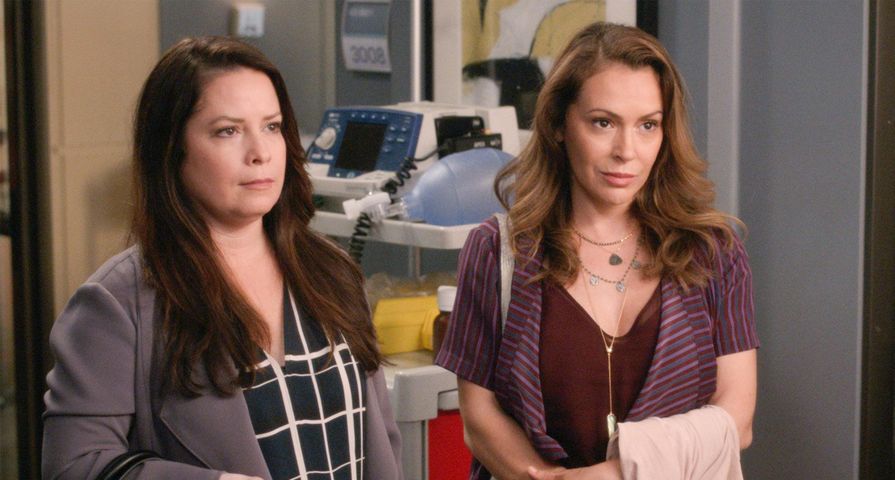 The Thursday, October 10 episode of Grey’s Anatomy was one that fans had been waiting for ever since ABC announced its Cast From the Past week.

Once again, the two stars played sisters, and were featured as the sisters of a patient who had become brain dead after falling into a construction site. They spent the episode fighting over whether or not to pull the plug on their sister after her accident and was under the care of Richard Webber at Karev’s new hospital Pac-North.

Things took a very unexpected twist however when after they finally decided it was best to let their sister go, and said an emotional goodbye, they got a call from their sister! It turned out that the two sisters pulled the plug on a complete stranger and a thief who had stolen their sister’s purse.

Meanwhile, Dr. Miranda Bailey fired Dr. Qadri after she questioned her about the firing of Meredith Grey. Additionally, Dr. Grey made her return in a way after a patient almost died and refused to be operated on by anyone else than Meredith. Eventually, Jo Wilson convinced the patient to let her do the surgery, as long as Meredith could be their virtually, and Meredith walked Jo through the surgery via a video call.

“I picked this (hospital) and it wasn’t to watch Meredith Grey on a TV screen,” Quadri said. Bailey told her to “work somewhere else” to be in common with her “hero,” because she wasn’t going to let anyone question her authority.

Elsewhere, Link and Amelia finally decided to start telling their friends about their baby news. “I’m happy with our decision, but it scares me,” she said to Link. “And telling people is just going to make it more real and scarier, but it’s still a good thing.”