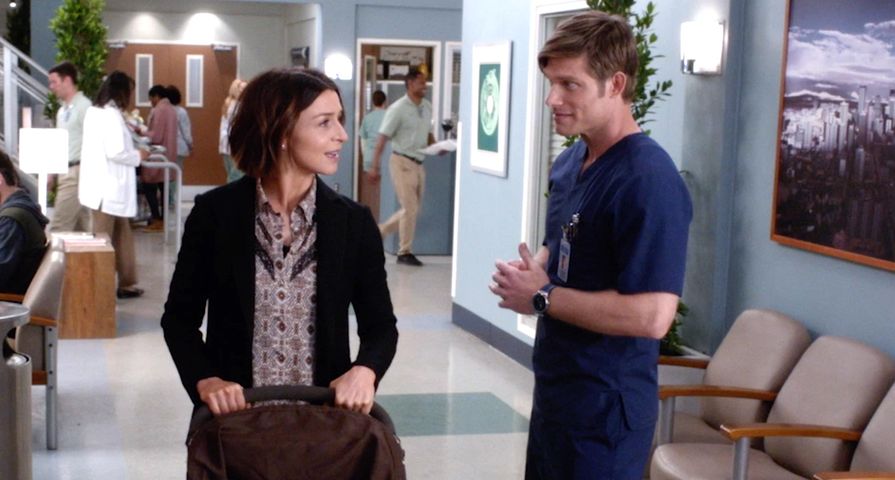 Grey’s Anatomy is only two episodes into season 16, and there is already a lot to keep up with between new romances, new challenges, and a new hospital!

On the Thursday, October 3 episode Amelia and Link had an important discussion about their relationship and future after Amelia revealed in the premiere that she was pregnant.

“Hearing what you have survived, what I know I don’t want is for anything to hurt you. That feels real to me … and everything that scares me suddenly feels irrelevant,” Link said. “If you want to have this kid, I’ll suck up my fears and I’ll be a dad. … And if you don’t want it, I’ll drive you to the appointment. I will be there for you in every way I possibly can.”

Despite Amelia’s fears and her previous loss of a baby, the pair decided that they could make it work and decided to keep their baby.

Meanwhile, Meredith was caught in a difficult place after she started giving free medical advice to those on her community service site, and helped her supervisor discover she had cancer. Her supervisor told Meredith that having cancer means “bankruptcy or death” because of medical insurance.

“They keep falling through the same cracks,” she said later to DeLuca about patients with insurance. She decided to begin working on an article about the problems she was seeing with patients being unable to afford treatment.

With Karev, Meredith and Webber gone, Bailey happily welcomed Jo back to her hospital, and also started her Bailey’s boot camp in an effort to recreate Meredith and Karev.