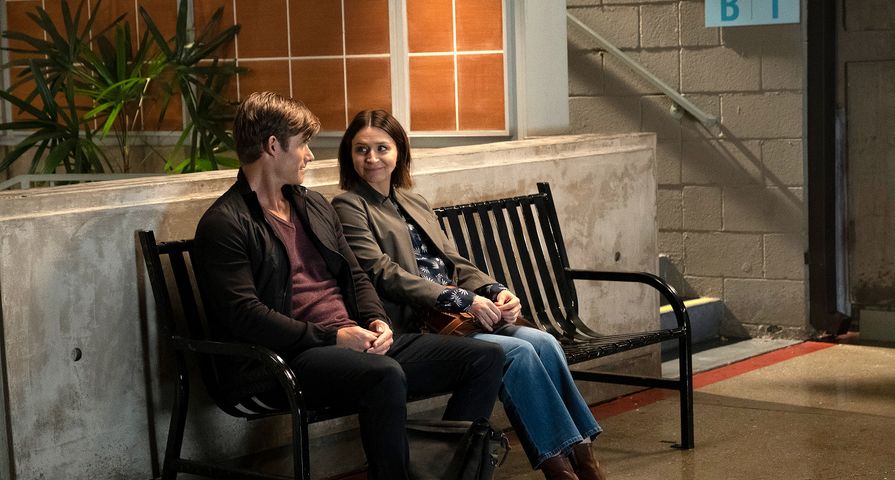 Grey’s Anatomy returned on Thursday, September 26 with a huge premiere!

Meredith Grey turned herself into the police after season 15’s shocking ending that saw her firing alongside Alex Karev and Richard Webber while her love interest Andrew Deluca headed to jail.

Although she turned herself in, Grey avoided jail time of her own and instead had to take on a lot of community service after telling the judge during her hearing that she wasn’t very remorseful for what she did. Along with community service, Grey learned her medical license would be under review and she might no longer be able to practice as a doctor.

Meanwhile one of the biggest cliffhangers of season 15 was answered when it was revealed that Jackson disappeared into the fog to save another man’s life. Maggie wasn’t able to get past Jackson’s decision to leave her stranded, and the pair went their separate ways, and it didn’t take long for Avery to start hanging out with Vic.

Unfortunately the premiere revealed that Jo and Alex didn’t exactly get their happily ever after following their wedding. As Jo checked into a treatment facility for her depression, she told Alex she would give him an “out” because they never filed their paperwork and still weren’t legally married. Of course, Alex instead did the most romantic thing ever and at the end of her treatment he proposed again and she accepted. In addition, Alex landed a new job as chief of surgery at Pac North, otherwise known as the worst hospital in Washington and quickly hired Richard Webber.