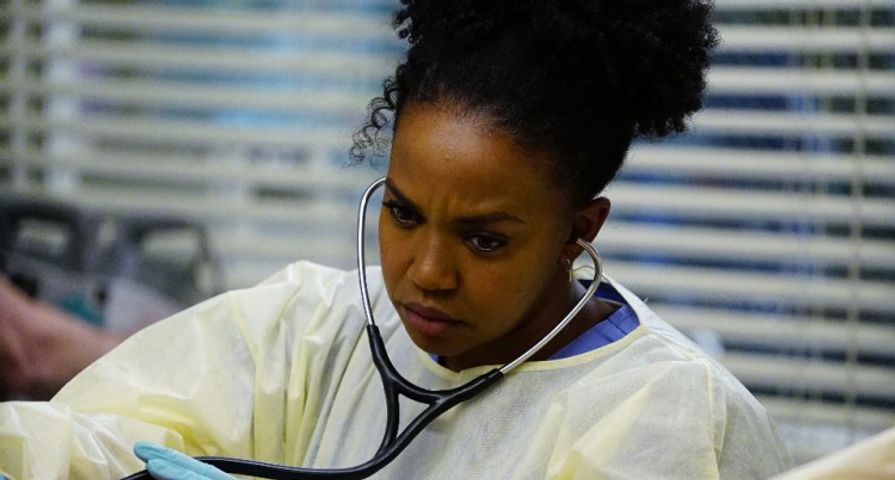 Last week we were left anxiously waiting to find out what had happened to Stephanie Edwards and a little girl named Erin as we watched their wing go up in flames. Tonight’s episode was straight to the point, and we entered the fires once again.

With a brief replay of the explosion we witness a turf war between firefighters, police officers and surgeons. Not only is there a fire on four floors to put out, but patients to evacuate in varying conditions, and there is a rapist on the loose. Jackson is frantically trying to locate Stephanie as the last anyone had heard, she was bringing the rapist to his “girlfriends” room. At this point, no one had been made aware that Stephanie had been held hostage by the rapist, nor that Edwards, the man and a little girl were all locked in a wing during the lock down.

While all this chaos has been occurring, Owen has been preparing to see his newly found sister. Due to Grey Sloan being covered in flames, Owen’s sister can no longer be transported the hospital has their helicopter pad has been closed off. Owen and Amelia begin their 4 hour drive to the base where his sister will be dropped off. Owen had been warned by army officials to bring mementos and family photos as Megan’s might not be able to remember much of her life before the war due to extensive trauma.

When we finally get a shot of what is going in the wing, we saw that both Stephanie and the little girl both survived the blast. However, Erin’s leg had been crushed by a piece of large equipment. Although initially separated by a wall of fire, Stephanie acts quickly and using a wet blanket to protect herself from the flames she makes it towards Erin. Stephanie frantically searched the area for random objects to help stop the bleeding and is able to perform a makeshift surgery on the leg.  Once Erin’s bleeding began to slow down, Stephanie was faced with their next obstacle: escaping the fire that is quickly closing in on them.

Stephanie used a blanket soaked in water to cover herself and the little girl when they literally jumped through a wall of fire to get to an exit. While we watched Stephanie carry the little girl slowly up the stairs through smoke and debris we start to realize how many injuries Stephanie has sustained herself. Once they finally reach the door to the roof top it is revealed that Stephanie didn’t have her pass key on her and realizes they are trapped. Conveniently, just a few stair cases below, Stephanie sees her pass key and bravely walks through flames again in hopes of saving Erin. After staring at shots of smoke for far too long, suspension rising as we wonder if Stephanie will walk out of this alive, we finally see her emerge with her key pass.

Once finally on the roof, Erin passes out, and it becomes clear that the leg wound had reopened and that she had lost a severe amount of blood. In the midst of Stephanie trying to keep the girl alive and screaming in hopes of someone coming to rescue them, help finally arrives. After refusing to leave Erin’s side it is announced that the girl will survive and will be able to keep her leg. Once Stephanie realizes that their trauma is finally over, her adrenaline wears out and she lets the weight of what happened fully sink in. Once in recovery in the Burn Unit, Stephanie tells Webber, that although he has changed her life, she has spent her entire life in hospitals and thinks its time for her to move on. Despite proving what an amazing doctor she is, and how dedicated she is to her patients, Stephanie quit.

On the ground Jackson had been working relentlessly to find Stephanie, despite Minnick forgetting to alert authorities that she had been missing before the fire broke out. However it is precisely Minnick’s dedication to procedure that causes her to lose her job when being questioned alongside of Bailey and Webber. Bailey and Webber have striven to produce quality doctors who know when to be a surgeon, and when to be human. Something at times Minnick doesn’t feel capable of.

As everyone starts to recover from the events of the episode we finally watch Meredith tell Nathan about Megan. Recalling the dream they both have, an alternate course of events in which both are still alive today, Meredith states that his came true. Nathan at first couldn’t comprehend the possibility of her survival, however he slowly begins to realize what this could mean. A clearly supportive Meredith encouraged Nathan to go after her. We can’t help but wonder what this will mean for their relationship. The last scene we watch is one of Owen’s face as we watch his sister safely touch the ground in a stretcher and he finally allows himself to truly accept that she is home safe and sound at last.