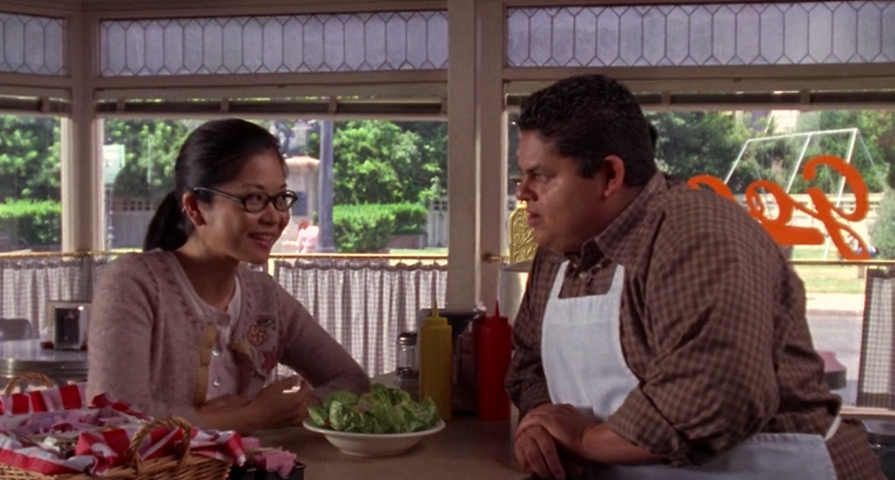 If hype and anticipation was already not high enough for the release of Netflix’s Gilmore Girls reboot, there was recently the first ever Gilmore Girls Fan Festival.

While interacting with fans who descended upon Washington Depot, Connecticut, for the event, many stars and crew members let secrets slip about their favorites, including the confirmation of a long lost fan theory.

The whole theory revolves around Caesar who fans will know as the valued and hilarious cook at Luke’s Diner. The actor who portrays Caesar, Aris Alvarado, was spotted as a background actor in the season one episode “Rory’s Dance” which led fans to believe that Caesar and Rory actually went to Chilton together.

At the fan festival, Alvarado finally confirmed this, stating, “That was Caesar. It’s funny because the internet just discovered that. I’ve been waiting, I never wanted to say anything so I could see who was going to find me one day! Three years later, you see me working at Luke’s, so I’m like 20 years old, 21 at the time.”

Although the little tidbit has been confirmed, it really doesn’t make a lot sense for several reasons. First of all, Chilton was a very small school so it seems unreasonable that Caesar and Rory would not know each other, not to mention that Chilton was a very privileged school, so it doesn’t make a lot of sense that one of the students would get that education and end up in Stars Hollow as a diner worker, but those are just a few of the problems fans are pointing out about this fan theory come true!