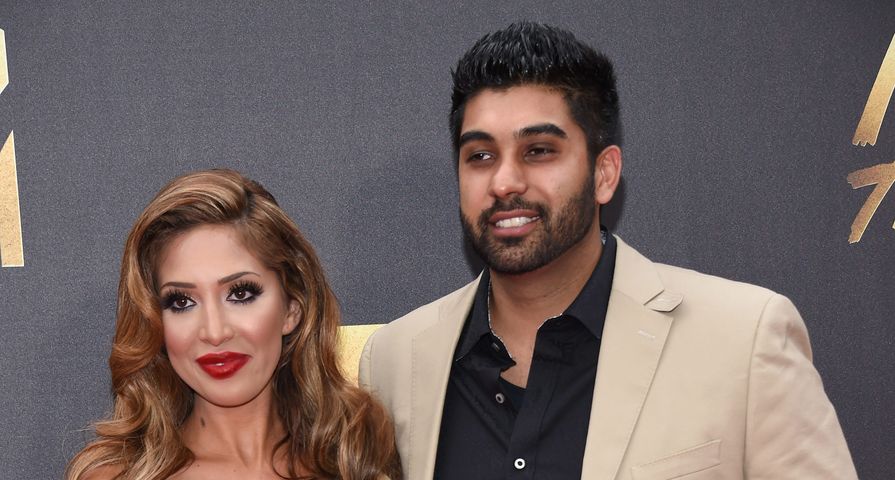 Fans of Teen Mom OG have known that Simon Saran has been in and out of Farrah Abraham’s life for quite some time now, and despite reports they are dating and at one point were even thinking about getting engaged, it always seemed like he didn’t particularly even like Farrah all that much.

In all, fans knew nothing about him, but in a series of recent tweets it seems as if he has just as bad of an attitude as his on and off girlfriend.

It all began on August 28, 2016, when Saran took to his Twitter to announce: “Watching a full episode of #TeenMomOG for the first time!” It didn’t take long before he starting blasting the other stars on the show beginning with, “Anyone know what the other gentlemen do for a living on #TeenMomOG?” Which was quickly followed with responses from fans which Saran retweeted including, “easy. They impregnate wh–es and Collect MTV money.”

He then chimed in again with, “Damn these people layout on the couch a lot lol wtf! #TeenMomOG,” and, “Fun fact, get a job and bring something to the table! #TeenMomOG.” Things got progressively worse as he taunted Abraham’s own mother, writing, “Debrah needs another drink! #TeenMomOG,” and then slammed some unnamed stars: “There’s several whales on #TeenMomOG,” as well as, “If you don’t want to live your life like that get your ass up and work to keep your family in tact. #noexcuses #TeenMomOG.” He then retweeted a tweet about Tyler Baltierra and his anger over the decision by the adoptive parents of his daughter, Carly to not want to be spoken about on camera anymore.

Saran then went ahead and shared semi-nude photos of Farrah on snapchat and one on Twitter and continued to retweet others who were making fun of the other Teen Mom OG men not doing anything, retweeting one that reads: “Matt spends amber money and watches his dogs piss all over the house.”