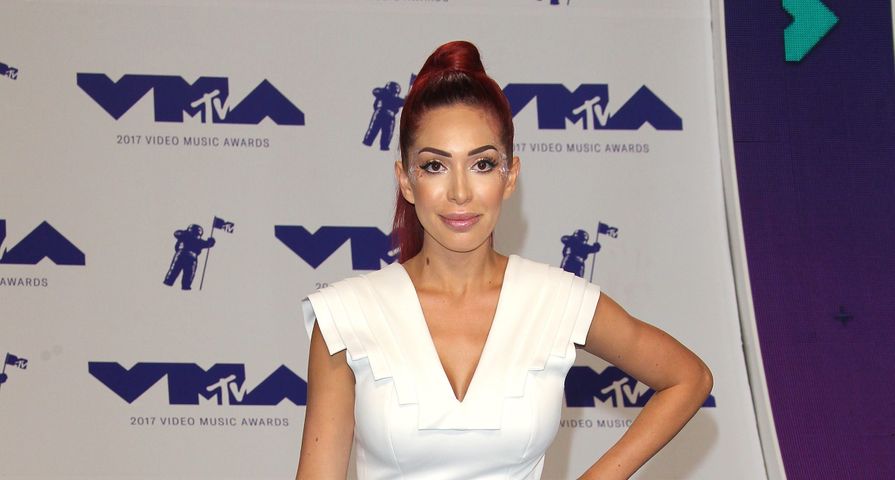 Longtime viewers of Teen Mom OG are well aware of Farrah Abraham’s contentious relationship with the show and MTV, and now that she is no longer on the series, she is taking the network, its parent company Viacom and the entire Teen Mom OG production to court!

After the 26-year-old was removed from the series in late 2017, she went on a rant claiming the decision was made because she continued her career in the adult entertainment industry, and now she is suing for that act of “sex-shaming.”

Abraham has filed a lawsuit for $5 million against Viacom, Eleventh Street Productions, Anxious Eleven, and Teen Mom producer Morgan J. Freeman claiming harassment, wrongful termination based upon gender discrimination and retaliation based upon gender discrimination. In the documents, Abraham claims that Freeman and the Teen Mom OG production crew “harassed, humiliated and discriminated against, disrespected, ridiculed and sex shamed” during a meeting on October 30, 2017 — the day before she was officially fired from the show.

“Threats were made against Ms. Abraham by Freeman about ending her career with MTV and sabotaging future deals Ms. Abraham had in place with MTV, and defaming her,” the lawsuit continued. “Given Freeman’s hostile tone, mannerisms and body language, Ms. Abraham feared for her life.” The Teen Mom OG star adds in the lawsuit that as a “direct result” of the meeting and her decision “to not conform to their gender stereotypes of how women should act and  appear,” she was let go from the remainder of Teen Mom OG‘s season and MTV ended discussion for a “lucrative deal” that was allegedly on the table between the network and Abraham.

Along with financial damage from being fired from the show, she is also claiming that she suffered “emotional pain, emotional suffering, inconvenience, mental anguish and loss of enjoyment of life” from her encounter with Freeman.

After news of the lawsuit broke, Abraham shared a statement with E! News in which she said, “I am here to make a change for the LGBT and female community at large, and I’m proud I stay true to my identity as a business entrepreneur, reality star, and single mother,” she said. “I am a business woman and female Celebrity leader who will not be shamed or discriminated against by Viacom, MTV, my peers as it’s illegal for me to do the same to them. As my MTV executives, crew, cast have all bought my branded products over the years I know my truth of being Farrah Abraham the loving mother and protector of my family and I fight for what is right and creating a better, safer world…I encourage all adults to have a healthy sex life to not be sex shamed and feel sexually liberated.”

Viacom also responded to Abraham’s lawsuit with a brief statement: “We respect Farrah’s decision to pursue other endeavors, and we wish her the best. Regarding her suit, the claims are without merit.”