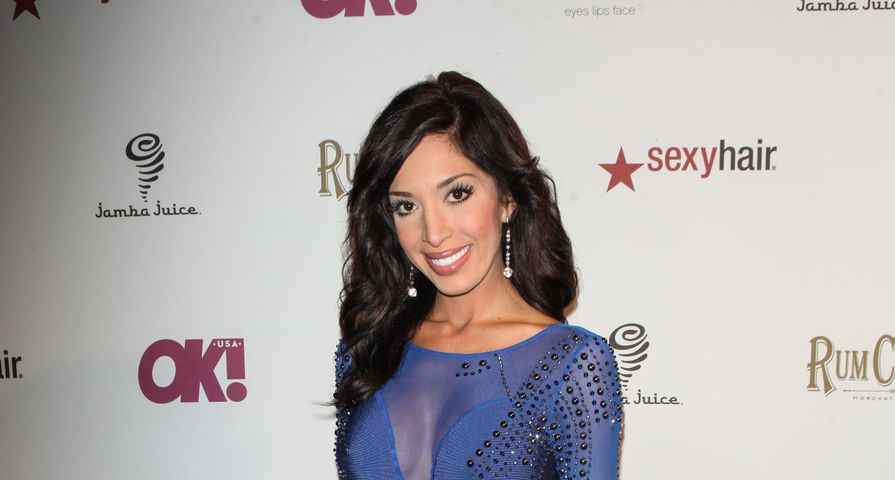 Farrah Abraham, 23, made a quick ascent from teenage television as a star on MTV’s 16 & Pregnant and Teen Mom to a star in the adult film industry, and has been continuously undergoing plastic surgery to look the part.

After photos of her recent botched lip surgery went viral, however, many assumed she would be backing away from further surgical procedures but a recent appearance on The Doctors to discuss her lip incident proved otherwise.

“My lower lip has always been larger than my upper lip, so I like to make them symmetrical, and from time to time, I do add filler. I wanted a lip implant because it was more of a permanent fix,” she stated of her lips after already gotten two breast augmentations, a chin implant, rhinoplasty and fillers in her cheeks.

Well she should be careful what she wishes for because her upper lip had such a severe allergic reaction that it swelled up right up to her nostrils, sending her to the ER.

Although the initial pictures of her swollen lip were scary, Abraham’s lips are back to normal which she said she is very “thankful” for. She also stated “I’m just super happy that I’m alive. It’s just one of those things where maybe I need to do more research and maybe I’m never going to be doing that ever again.”

The last part had the panel cheering for her and was told she is beautiful just the way she is and could live the rest of her life that way before being asked, “Are you still thinking about getting your butt done?” to which she bluntly replied, “Yeah.”

She did say however that she isn’t rushing in to it and she is still doing research and “walking a lot of hills” for now, yet she hasn’t given up on the possibility of even more surgeries.

Also Check Out: 7 Celebrities Who Look Better After Plastic Surgery

See how Farrah looks in the interview below!