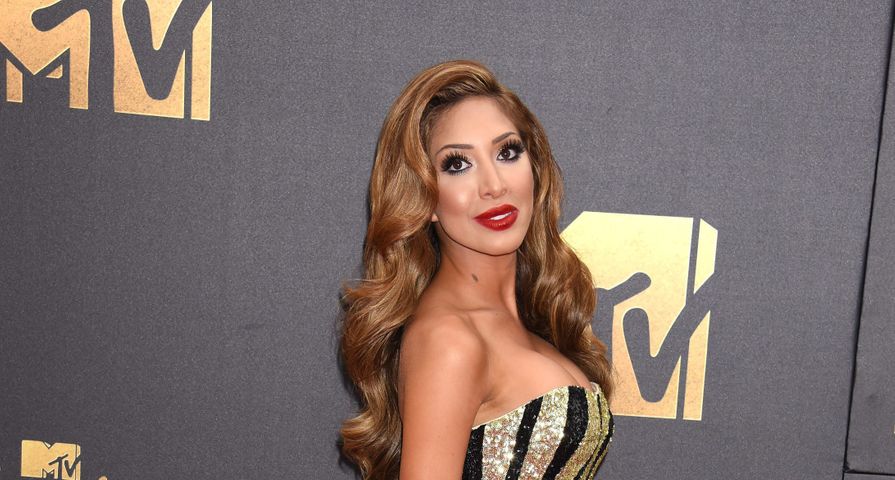 It seems no matter how hard she tries, one way or another, Farrah Abraham, intentionally or not, ends up saying something that makes waves.

The Teen Mom OG star made another appearance on the “Allegedly” podcast with Theo Von and Matthew Cole Weiss on which she makes regular appearances, and somehow ended up talking about whether or not she would ever date a black man.

In the interview on Monday, August 8, Weiss boldly asked 25-year-old Abraham, “Would you ever bang a lot of brothers?” Confused, Abraham, who is known for her adult film career and line of adult toys, answered, “Brothers? What does that mean? I have no brothers.” Weiss then stated, “No, no, no. A lot of black guys. Are you into black guys or not? I just ask everybody?” After thinking about Abraham said, “I’m really not into black guys. I think that’s more of a Kardashian thing. God bless them. I think there’s a lot of attractive black men.”

Naturally, her comment has been interpreted as “throwing shade” at the Kardashian and Jenner sisters, and the hosts even replied, “That’s true.”

Most recently, Abraham appeared on Million Dollar Matchmaker in which she seemingly found love with a contestant named Ryan, but no telling if the two have stuck it out.