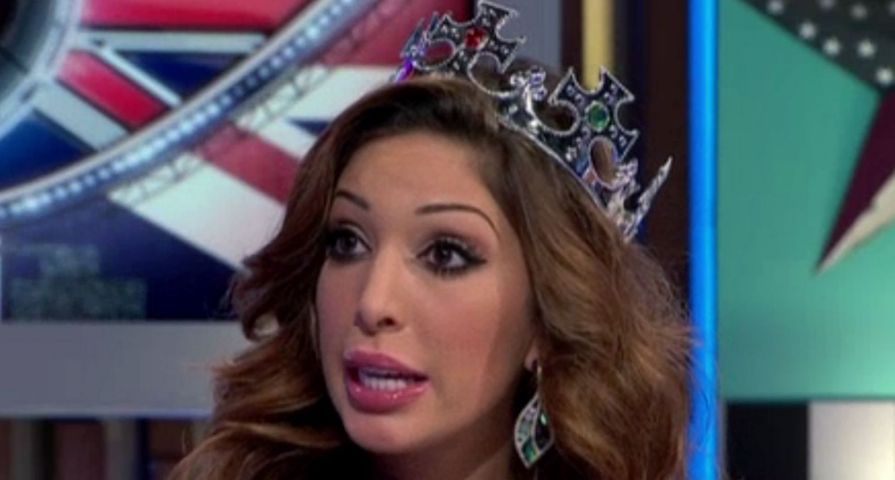 Teen Mom OG star Farrah Abraham has had no problem taking her drama from the MTV show to other venues, most notably to Celebrity Big Brother UK.

Although she was recently evicted from the house, she wasn’t done feuding, this time causing injury to another housemate. The 24-year-old adult film star was on the panel for the aftershow, Celebrity Big Brother Bit On the Side, when she got into a squabble with fellow contestant Aisleyne Horgan-Wallace; however, it quickly turned physical causing the aftershow to have to pause and go off air briefly.

The whole thing started when Abraham was answering a question about a different contestant and Wallace heckled her from across the panel, causing Abraham to reply with, “Hag, be quiet. Hag, be quiet.”

After that, Wallace can be seen saying, “Sorry!?” while reaching for her champagne glass, causing the screen to go off-air and moments later returnswith host Ryan Clark stating, “Hi guys, unfortunately we did have to pop that up there due to a matter that happened. Unfortunately we have lost our panel for this evening.”

In an update given by The Mirror, it seems things got really bad as Wallace did apparently throw her drink at Abraham and she, of course, retaliated. In the end, she was “forcibly removed from the studio by security.” In Abraham’s attack, she seemingly hurled glasses causing those stuck in the middle to fear getting hit by glass, one of those being contestant Vicki Michelle who had to be taken to hospital.

The 64-year-old took to her Twitter afterwards to state, “Been checked over… going home now. Bloody hurt! But thank you for worrying. I’m ok…I think! X.”

Also Check Out: 9 Things You Didn’t Know About The Teen Mom Series