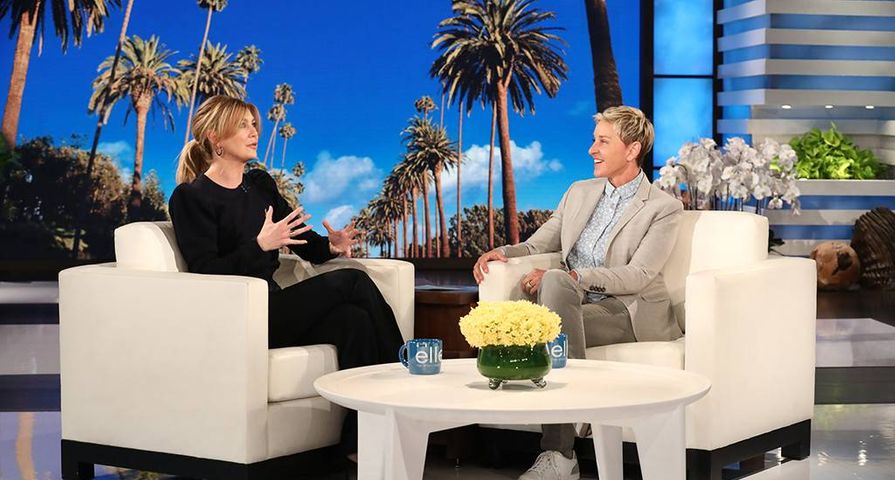 Ever since the news broke that two major Grey’s Anatomy stars would be leaving after season 14, some have refused to believe that it didn’t have something to do with Ellen Pompeo’s massive new salary.

Back in mid-January, Pompeo opened up about receiving $20 million to star as Meredith Grey on the hit series. The huge deal includes the actress earning $575,000 per episode along with a seven-figure signing bonus and two full backend equity points on the series which is estimated to bring her in another $6 to $7 million.

On the Thursday, March 22 episode of The Ellen DeGeneres Show, Pompeo talked to the host about the rumors and doubled down that her salary had nothing to do with it. “It’s absolutely not true,” she told Ellen DeGeneres. “I mean, I’m not involved in these kinds of decisions. However, there’s a few problems that you encounter doing a show for 14 seasons. And one of them is the writers have a really hard time creatively—you know, thinking up new stories for all these characters. And I mean, I think we have 16 regular cast members, and it’s always sad when we lose people—for whatever reason. Whether they want to go or they don’t want to go, it doesn’t make it any easier.”

Pompeo continued to explain that the idea where one woman succeeds, another cannot, needs to be ended. “Look at us. This is two Ellens—both with TV shows. We’re both doing great,” Pompeo said. “There’s two seats at the table.”