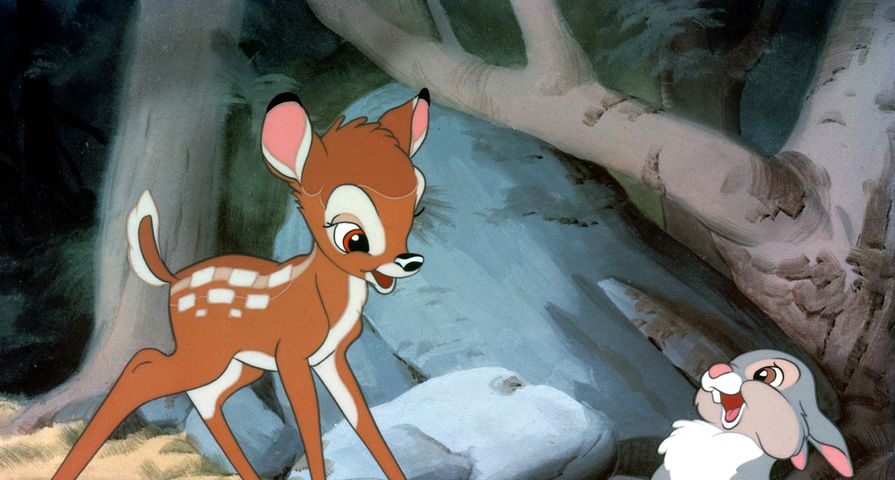 Disney is reportedly giving on one of its oldest and most beloved films a live-action remake!

According to The Hollywood Reporter, the Bambi live-action remake will be penned by Captain Marvel writer Geneva Robertson-Dworet and Sierra Burgess Is a Loser writer Lindsey Beer.

The original animated movie, released in 1942, told the story of a young fawn named Bambi as he learns to find his place in the forest. With his two furry best friends, a rabbit named Thumper and a skunk named Flower, Bambi comes of age as he faces the joys and heartache — and the loss of a parent — of growing up.

Sources told The Hollywood Reporter that the studio views Bambi “a type of companion piece” to other live-action adaptions like The Jungle Book and The Lion King. The company will once again use CGI technology to create photorealistic and immersive worlds of nature. The studio is aware that the live-action Bambi remake will be less epic in scope and story, and is not aiming to introduce a larger narrative onto the fan-favorite tale.

Disney’s live-action remakes of their other classic stories are continuing to pay off, with Jon Favreau’s The Lion King and Guy Ritchie’s Aladdin, grossing over billions of dollars. The upcoming live-action Disney projects include The Little Mermaid, starring Halle Bailey, and David Lowrey’s rendition of Peter Pan titled Peter and Wendy. Also, Robert Zemeckis’ Pinocchio is in active development.