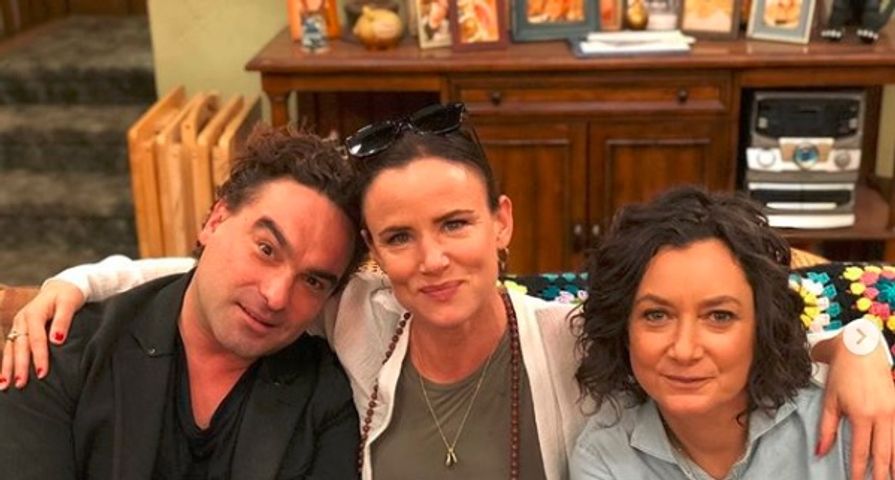 It has been nearly 30 years since Johnny Galecki and Juliette Lewis were on-screen in National Lampoon’s Christmas Vacation as Rusty and Audrey Griswold, and now the pair are reuniting for the upcoming Roseanne spinoff, The Conners!

“HERE’S THE BIG NEWS!! Look what I’m doin!!! #LuckyMe #TheConners,” Lewis, 45, wrote on Instagram on Tuesday, September 25, alongside a photo of her on set with Galecki, 43, and costar Sara Gilbert. “#whoohoo #GreatWriting #ReunitedWithMyGriswaldBro @sanctionedjohnnygalecki and the incredible @thesaragilbert #JohnGoodman #LaurieMetcalf.”

While it is certainly big news that Lewis is joining the show, it is also big news that Galecki will be returning, as he only appeared in one episode of the Roseanne revival reprising his role as David Healy.

Although Galecki and Lewis may have played siblings in the past, this time around they are playing a couple as Lewis has been cast as David’s girlfriend, Blue, who was previously mentioned in the Roseanne revival but never seen.

While Sara Gilbert, John Goodman, Laurie Metcalf, Michael Fishman and Lecy Goranson will all also be reprising their roles for The Conners, a casting changed was announced confirming that Maya Lynne Robinson will be taking over the role of Dj’s wife’s mother, replacing Xosha Roquermore in the role.

As previously revealed by Roseanne Barr, her character will be killed off in the new series. Barr said during a YouTube interview, “They have her die of an opioid overdose. … There’s nothing I can do about it. It’s done. It’s over. There’s no fight left.”