Home » Entertainment » Celebrities » Things You Might Not Know About Laurie Metcalf 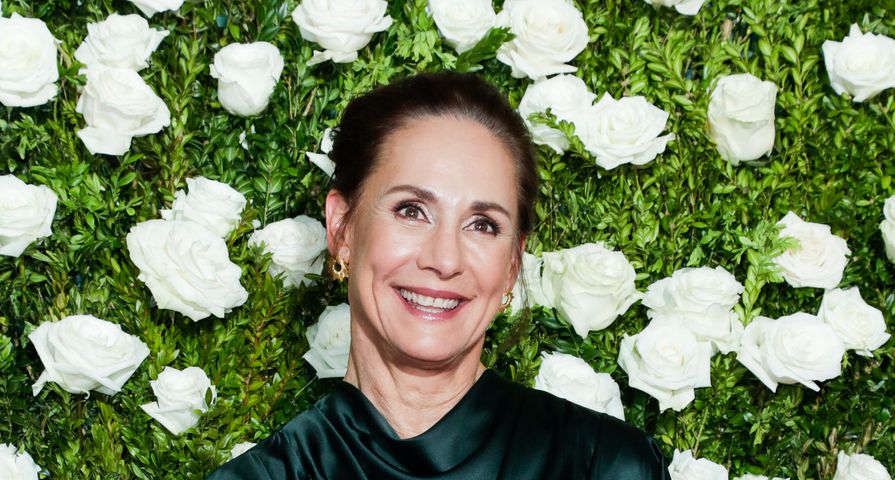 Laurie Metcalf is one of those actresses that absolutely shines in everything she does, but when the cameras stop rolling, she has mastered the art of keeping a low profile and staying out of the spotlight. Despite her roles in some of TV’s biggest sitcoms, not much is known about Laurie Metcalf. Get to know the talented actress better with these things you didn’t know about her:

According to Metcalf, where she grew up in Illinois was about as far away from a theatre as someone could get, and because of this she never seriously considered the fact that acting could be a career. Instead, Metcalf worked as a secretary while in college and originally majored in German because she planned to work as an interpreter when she finished school. After losing interest, she switched to Anthropology before she finally realized her passion was for acting, but still wasn’t convinced it would go anywhere. “I thought my acting career would consist of going over to St. Louis for one audition. I’d get turned down, and I’d never go to an audition again. Acting seemed like such an impractical thing to do,” she told the Los Angeles Times. 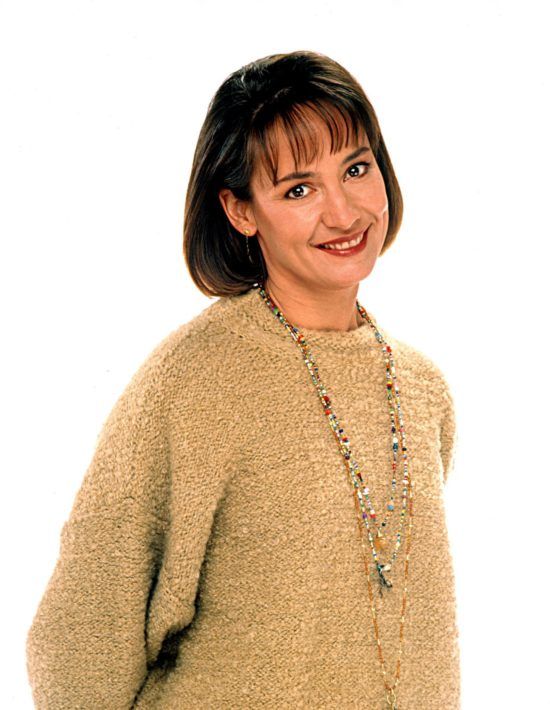 For decades, everyone that has worked with Metcalf from her college theatre days to her work professionally on stage and on TV and film has been in awe of her incredible talent. Despite delivering some truly beloved and memorable characters on-camera, it turns out Metcalf has always preferred the stage and is always waiting for her next opportunity to act in theatre. “I’ve never been comfortable with a camera in the room. I become instantly a little more uptight, a little more self-aware, and I don’t feel free,” she explained. “I wish I could shake it. But in all these years, even after all the hundreds of tapings of show, I’m way too nervous for my own good.” When it comes to being on stage, however, Metcalf has the completely opposite reaction. “I’m hideously shy as myself, but on stage I can run around naked and bite the heads off fish,” she joked of being inherently comfortable when acting on stage versus on camera. 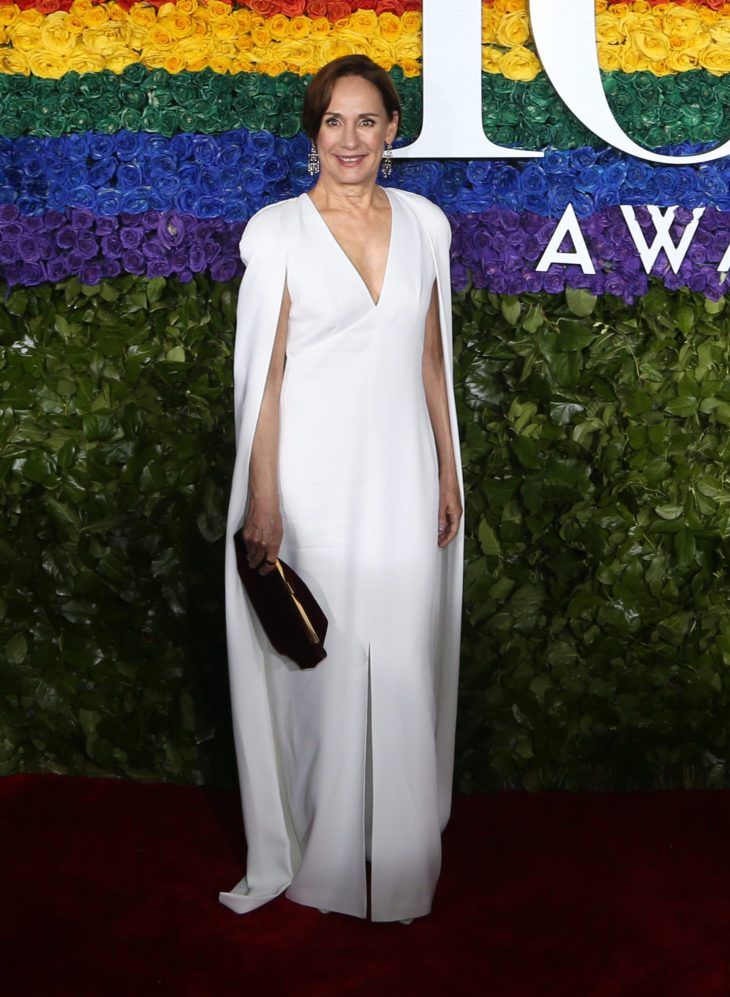 Laura Elizabeth “Laurie” Metcalf was born on June 16, 1955, in Carbondale, Illinois to James and Libby Metcalf. Laurie was the eldest of three children with a young brother named James and a younger sister named Linda. Growing up, her father worked as the budget director at Southern Illinois University-Edwardsville and her mother was a librarian. According to the actress, growing up in Carbondale was so boring she really doesn’t remember much of it. “It was fun in the summers,” she said in an interview. “We biked. At home it was gather ’round for ‘The Ed Sullivan Show.’ No big trips. A big trip would be to the Ozarks. A really big trip would be to New Orleans.” 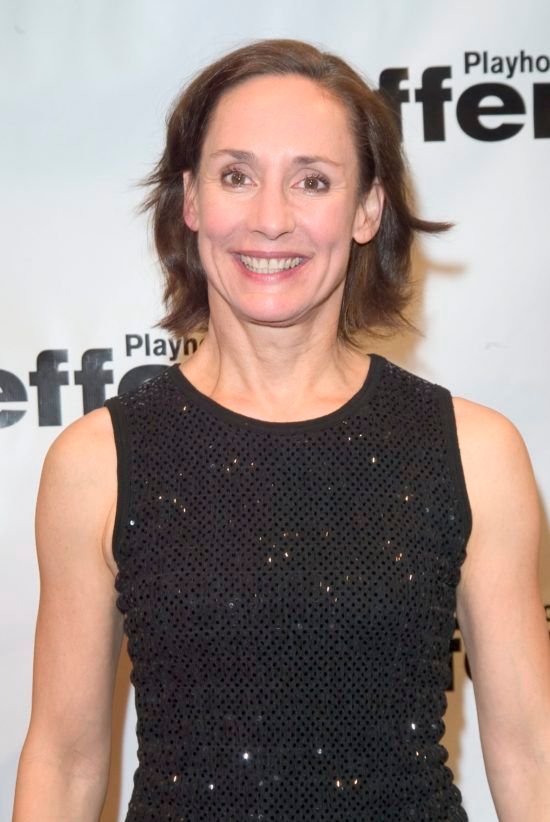 Due to the fact that Metcalf has always preferred the stage where it is impossible to see your own performance unless someone was recording it, it isn’t surprising that she isn’t a fan of watching the series or films she has been in. The actress revealed that she actually had a “five-year rule” where she wouldn’t watch any of her films until five years after its release. “I used to drive myself crazy by thinking, three days later, ‘Ugh, why didn’t I play it like that? Ugh, now that line makes sense to me,’” Metcalf said. “In five years, I have found that I’ve let it go. I’ve forgotten the lines. I watch episodes of Roseanne now where I don’t even know what the ending’s going to be.” After decades of implementing her rule, she broke it in 2017 when she attended the premiere of her newest film Lady Bird at the Telluride Film Festival. 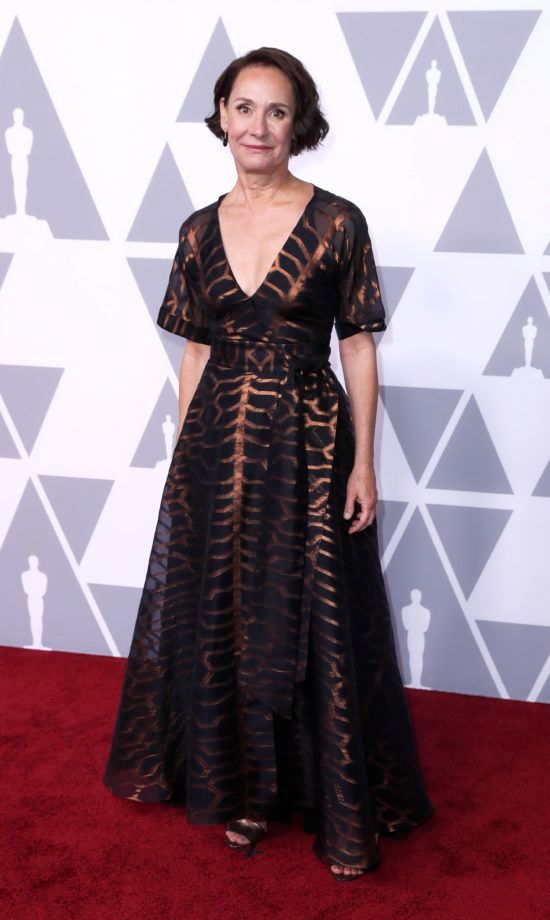 While she has balanced a personal life, Laurie Metcalf has always been self-described as a “workaholic” but has recently determined there is a different term she prefers. “I can’t even call it work. I’m a creative-a-holic. I love the tearing into new material.” She added that the concept of just not acting makes no sense to her, and recalled that in the first season of Roseanne she was part of a three-person scene but wasn’t part of much of the dialogue, but during a break, the director came over and said to her, “You know, you don’t have to be acting during this part, because you’re not on camera.” Recalling this moment three decades later, Metcalf couldn’t keep the outrage from her voice. “That’s the strangest thing I’ve ever heard! What would I do, just drop out? Just pull the plug and go dead for a while as they’re sitting two feet away from me?” 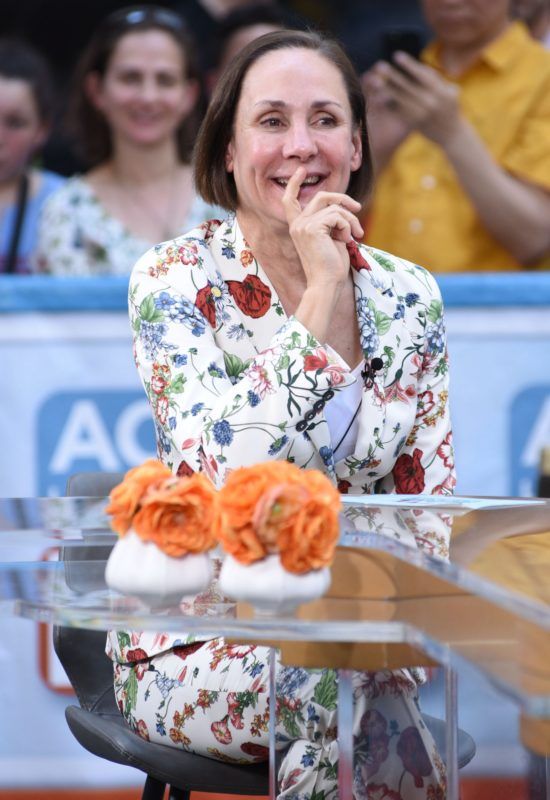 Although Laurie Metcalf isn’t a huge fan of being in the spotlight or attending award ceremonies, there is no denying that her talent brought her many awards, including three Emmys for her role as Jackie Harris in Roseanne. When she won her first award for best supporting actress in a comedy series back in 1992, it was actually her co-star Roseanne Barr who was the presenter, and Metcalf almost thought Barr was just joking. “When she called my name, I halfway didn’t believe her. I halfway wondered if my name was really printed on that piece of paper or if someone else’s was. It was, but I wondered, ‘Can I trust her?’ She added that despite her amazing acting both on stage and on-camera, she can’t improvise a speech off the top of her head, confirming she had a prepared speech. “I can’t just speak off the top of my head. I admire people who can do that, but I’m a blithering idiot. You need to cover your ass in case the unforeseen happens.” 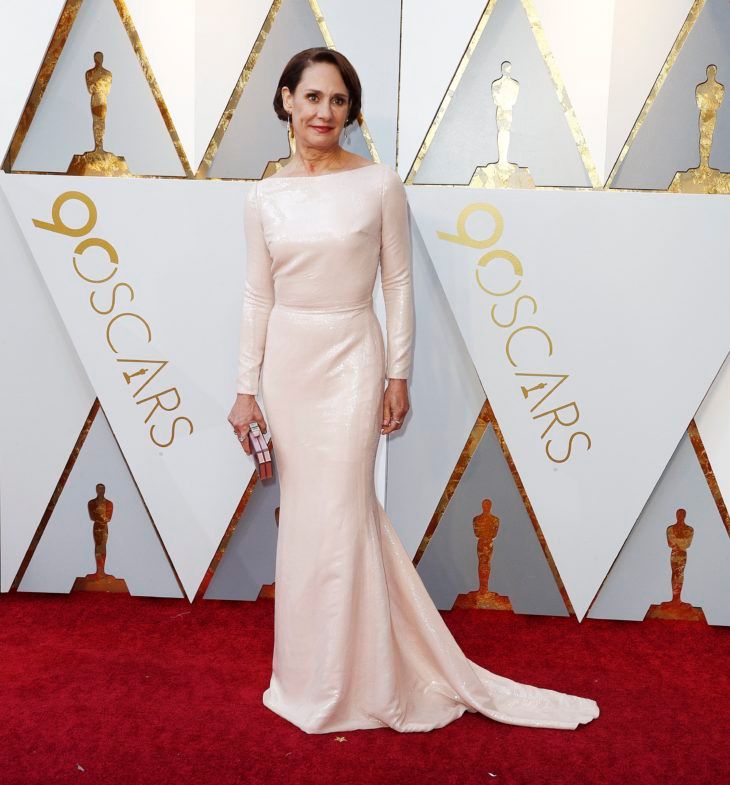 Laurie Metcalf might be an admitted “workaholic” and seemingly rarely has any downtime, but she does have quite a few hobbies outside of her professional work. She has revealed that every morning she does the crossword puzzle and always has a jigsaw puzzle on the go at home. On top of that she can knit and crochet, and once taught herself how to spin wool! “You have to learn it in your hands, and then once you do, you don’t have to think about it anymore,” she told the New York Times. “It keeps my hands busy, which keeps my brain busy, and I can just sit and run lines or obsess about school lunches or whatever loop I find myself in.” 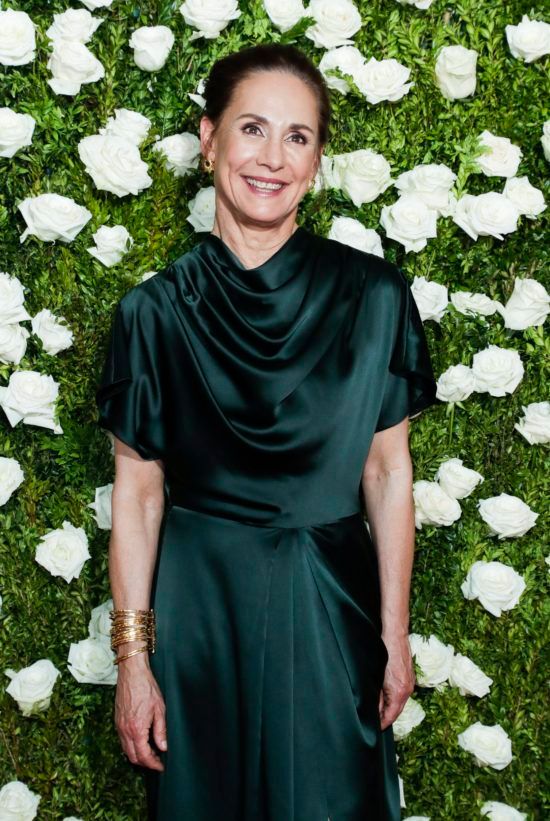 For many, Laurie Metcalf is one of the most underrated actresses out there, and while it always seems like she is in a supporting role and never as popular as the leads, she has still left her mark on the acting world. Her unique skills, especially on stage, have now been dubbed the “Laurie Metcalf Spin.” The Laurie Metcalf Spin refers to the actress’s ability to take a line and turn it into something completely different just through her tone or moving a word around and revealed when she receives her script her first move is to take out all the punctuation in her lines. “It might spark me to break up a line where you wouldn’t expect. It’s just a little technical thing, but it makes me start on the road of thinking outside the box.” Lady Bird director and writer Greta Gerwig opened up about just how special Metcalf’s talents are. “First of all, Laurie is a goddess and we should all worship at her altar. It feels like she’s the best-kept secret in a way, how extraordinary she is, [and] nothing has been more gratifying to me than seeing people respond to her in this film. We really worked on the part together. It felt closer to theater than anything… She was respectful of the words but always looking to bring her formidable skill and toolkit as an actor to make it as rich as it possibly could be, which as a director and a writer is always your dream: that the actor improves it all.” 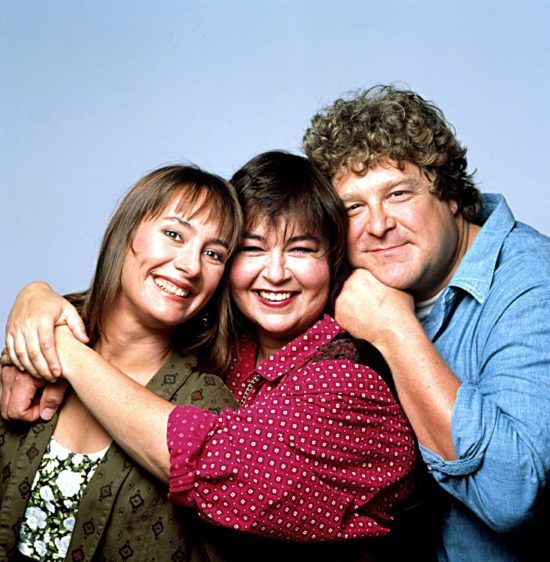 Quite a few outlets refer to Metcalf as an actress who “hides in plain sight” and that couldn’t be any truer. While she has never had a problem finding work or stealing the show when it comes to characters such as Jackie Harris in Roseanne or Mary Cooper in The Big Bang Theory, she is rarely ever seen in the headlines or on red carpets doing interviews, and despite having acted for most of her life, Metcalf admits she isn’t a fan of the spotlight side to celebrity life. “It’s not my jam,” Metcalf has explained. “Being in a rehearsal room, for me, is like being on crack. It’s what I crave. It’s where I feel the most creative and where I have the most energy. This other side of it is not like being in a rehearsal room. It’s the opposite. And I like to hide behind the character. I like to let the work speak rather than to have to talk about it.” 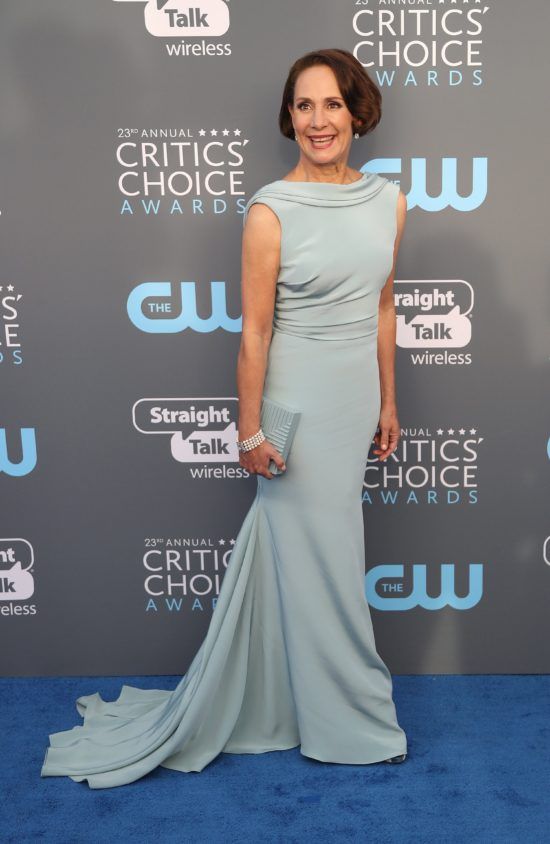 Laurie Metcalf married her first husband Jeff Perry in 1983 after the pair met when they were part of the group that co-founded the Steppenwolf Theatre Company. One year later they welcomed their daughter, Zoe Perry, and in 1992 the two divorced after nine years of marriage. Then, Metcalf found love on-set when she fell for Matt Roth who played her abusive on-screen boyfriend Fisher on Roseanne. In 1993 they welcomed a son, Will, and married that same year. In 2005 they welcomed a daughter, Mae Akins, who was born via surrogate and then later adopted a son, Donovan, in 2006 after previously fostering him. After 15 years of marriage, Metcalf and Roth separated in 2008 and Roth filed for divorce in 2011 before it was finalized in 2014. Now, her first daughter Zoe Perry is also a talented actress, and their careers intertwined after Perry landed the role of a young Mary Cooper in The Big Bang Theory spinoff series Young Sheldon, of course, it was Perry’s mother, Metcalf, who first took on the character in The Big Bang Theory. “This can’t ever have happened in the history of anything, playing the same character decades apart, and we’re mother and daughter,” Metcalf joked about the character overlap for herself and her daughter. 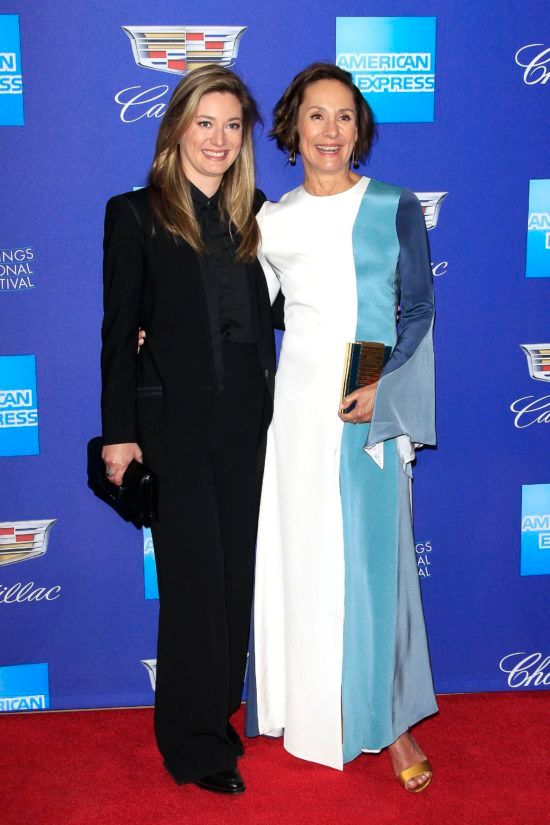 After Laurie Metcalf made her on-screen acting debut in 1978, she has since racked up nearly 80 acting credits and a ton of respect in the industry. With so many incredible roles under her belt, the actress has amassed an estimated net worth of $8 million. Her most well-known roles including Marcie Dahlgren-Frost in Uncle Buck, Jackie Harris in Roseanne, Marion McPherson in Lady Bird, Mary Cooper in The Big Bang Theory and voicing Andy’s Mom in the Toy Story franchise. 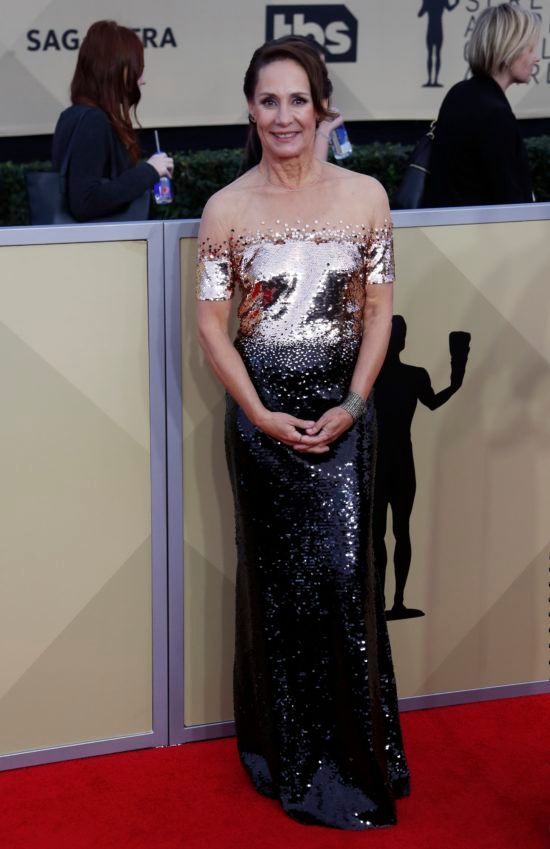 There is no doubt that Roseanne would not have been the same show without Metcalf in the role of Jackie, and being that her focus was on stage acting, it almost didn’t happen. Metcalf revealed that in the late ’80s she decided to go back to L.A. to see if there was any interest for her in films or TV, and by a stroke of luck the timing was right. “I thought: ‘I’ll give it two weeks.’ The two weeks I chose, they were casting Roseanne and the same casting directors had cast Desperately Seeking Susan, so I was literally in the right place at the right time.” 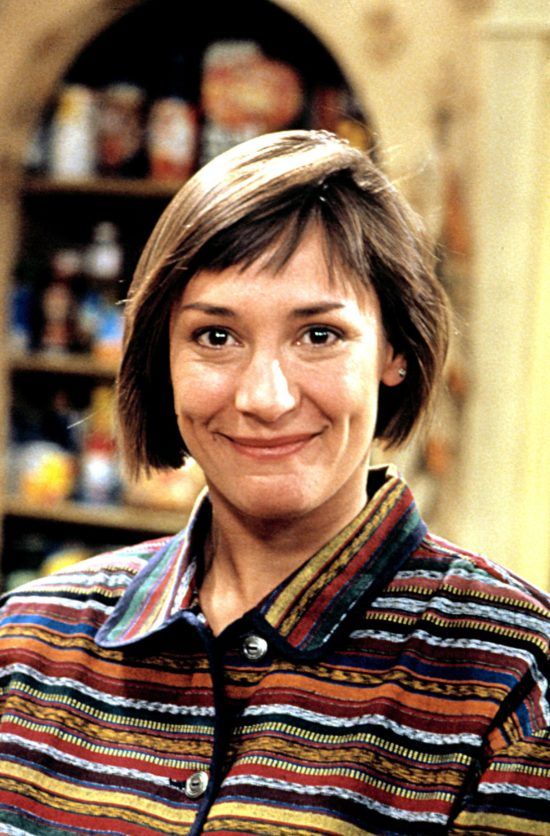