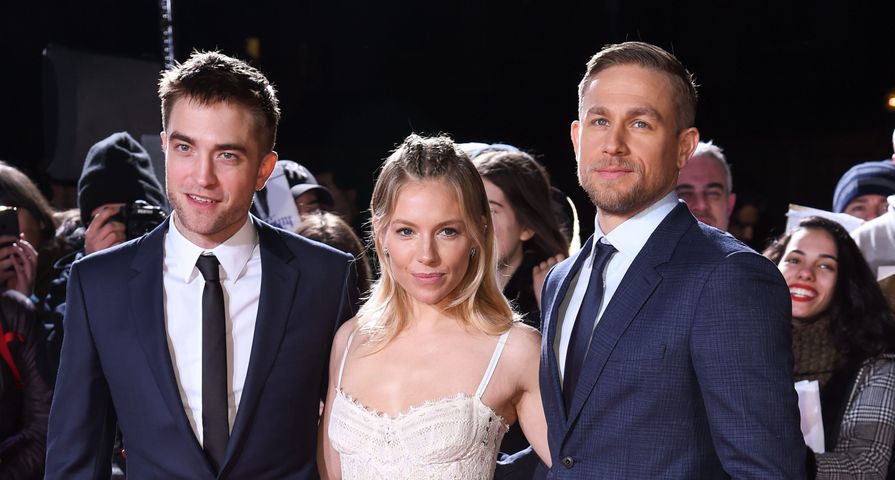 Time and time again, stars gush about forming close bonds and friendships with their castmates, but that is certainly not the case when it comes to Charlie Hunnam and Robert Pattinson on the set of The Lost City of Z.

Hunnam opened up to Screen Daily during the Berlin Film Festival about working with the former Twilight star along with Sienna Miller and Tom Holland on their new film, saying it wasn’t the friendliest of sets. “I had a couple of rehearsal sessions with Sienna, but I didn’t spend any time with Tom or Robert,” Hunnam revealed.

“I wanted these relationships to evolve naturally on screen. Through the work, I don’t think I said more than ten words to Robert off camera. I didn’t know if he was just ‘in that zone’ or if he genuinely didn’t like me. There was a real distance between us,” he added.

The former Sons of Anarchy star also revealed that even though he was looking forward to getting to know and becoming friends with Pattinson, Pattinson’s attitude created the “right dynamic on screen” for their roles in the film. He also added that since filming has wrapped, Pattinson has opened up a bit more. ” He’s reached out to me subsequently, making overtures for us to be friends now. So I think it was about the work.”

The two Hollywood hunks co-star in The Lost City of Z which is the film adaptation of David Grann’s nonfiction novel “The Lost City of Z: A Tale of Deadly Obsession in the Amazon.” Hunnam stars as British explorer Percy Fawcett who is obsessed with discovering a long lost civilization deep in the Amazon before he inexplicably goes missing. Pattinson co-stars as his right-hand man Henry Costin, while Sienna Miller stars as his wife Nina Fawcett and Tom Holland portrays his son Jack Fawcett.