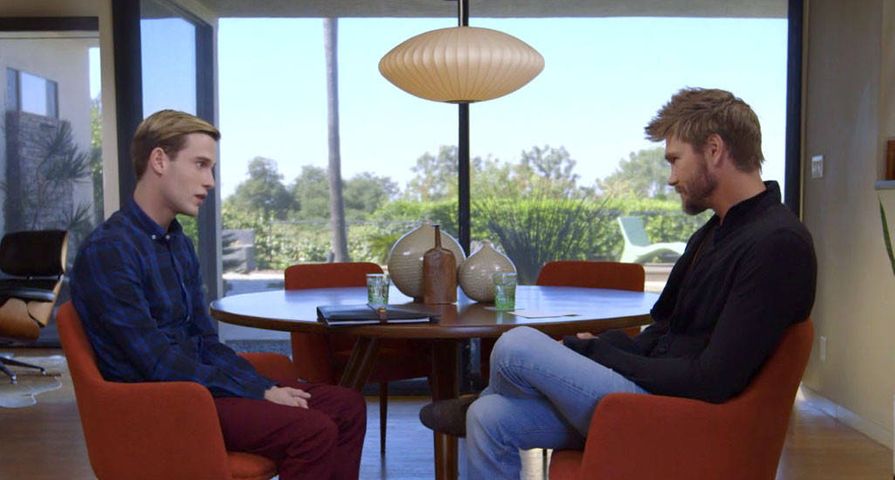 Actor Chad Michael Murray never really knew the cause of his grandmother’s death but on the Wednesday, April 11 episode of Hollywood Medium with Tyler Henry, he found out some surprising news.

At the time of Murray’s grandmother’s death, her husband, his grandfather was arrested for her murder, but as Henry discovered, it may have been suicide.

“There’s this feeling that grandpa would���ve said or verbalized something to people before he died and after he died, his words were changed. He’s like, ‘No, I’m not taking accountability for this. This isn’t right.’ There’s something wrong here with the narrative that’s put after,” Tyler Henry told the actor. “For some reason, they’re having me talk about grandma. They’re having me talk about a fall for some reason. I don’t know what this is,” he continued.

“The speculation from the stories that I got from my grandfather was that he was arrested for her murder,” the Murray explained. “She died at 17 and she just had my mother. She was found with her hands tied behind her back, hung in the basement. So there was a fall, just in a different way.” He added, “And then after that, he was cleared and they didn’t really have enough evidence to say, ‘It was you that did it.’ ”

Henry then revealed that the answer he was getting, was that it was suicide. “Before I got here, there was this woman who came through who I acknowledged passing away tragically. But it came through in a way of like, taking accountability to some extent for her actions,” Henry informed the American Drifter author. “But I’m thinking that it might have been even her way of kinda trying to come through and say, ‘Hey, this is something that I’m putting more on myself.’ So, I don’t think he killed your grandmother.”

After the emotional and revealing reading, Murray said, “I am, without a doubt, a believer,” adding, “He’s pretty damn good at it.”