Bold And The Beautiful To Air 30th Anniversary Episode Today 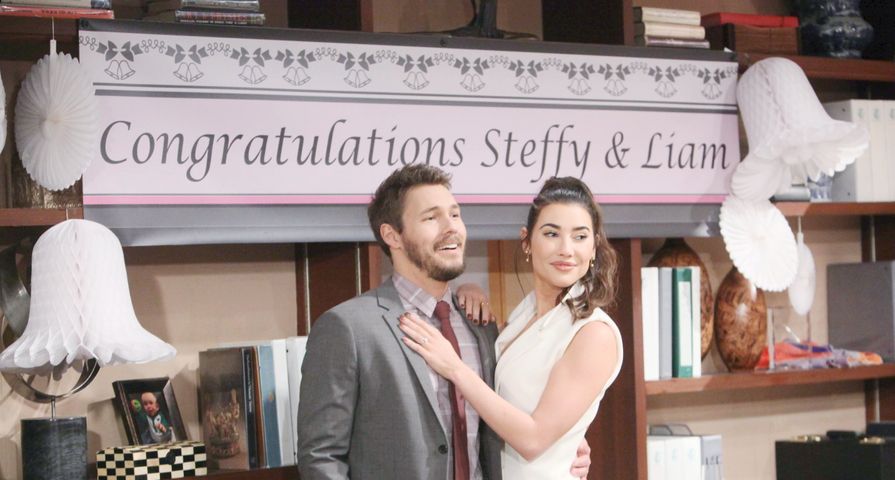 Following in the footsteps of its sister soap Young And The Restless (Y&R), CBS will run a classic episode of the Bold And The Beautiful (B&B) today.

“We wanted to let you know that today we’re going to be airing a special episode of our show. It’s our 30th-anniversary episode,” John McCook, who plays Eric Forrester, posted in a video message on Twitter.  “Be sure to tune in and watch Eric and Brooke share their special memories.”

Today’s memorable episode will be from the show’s 30th anniversary, which aired in 2017 and took place on location in Australia.

Steffy Forrester (Jacqueline MacInnes Wood) married Liam Spencer (Scott Clifton) in a lavish ceremony that took place in front of Australia’s famed Sydney Opera House. The bride made her appearance when Steffy came flying down on a zipline to join her groom.

Brooke Forrester (Katherine Kelly Lang) was also set to remarry Ridge Forrester (Thorsten Kaye), but viewers will remember that the next day, she caught him kissing Quinn Forrester (Rena Sofer).

On Monday, April 6 B&B will air a new, original episode.

There’s no word yet on if the B&B will run at least one classic episode every week. Both the Y&R and General Hospital have announced they will air flashback episodes each week, due to production halts. Days Of Our Lives has taped enough shows in advance to continue airing original episodes until October.