Bold And The Beautiful Producer Hints At Future Storylines 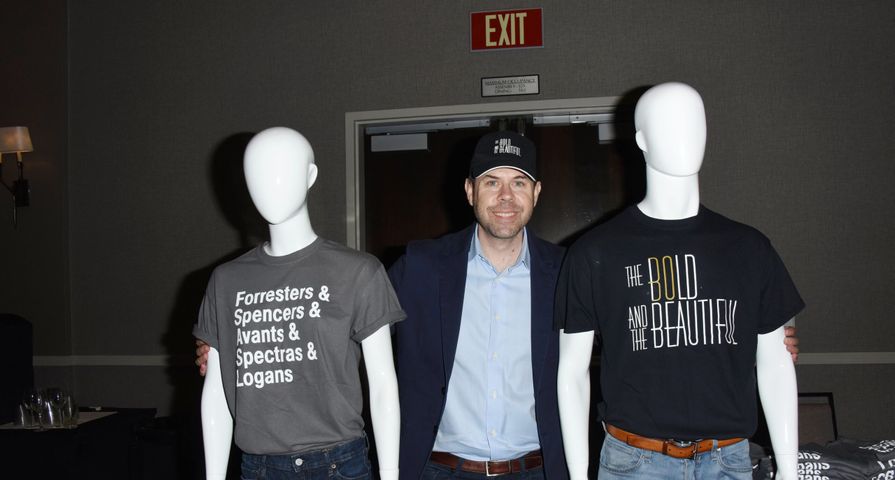 During a party to celebrate her clothing store, Benheart, actress Katherine Kelly Lang and producer Casey Kasprzyk fielded a number of fan questions about future The Bold and the Beautiful (B&B) storylines.

Although Lang warned fans in attendance that she was unable to reveal any spoilers, both she and Kasprzyk ended up disclosing a number of interesting trivia bits for viewers to chew on.

As reported by Soaps.com, subjects that came up during the impromptu Q&A included the romance between Quinn and Carter, plans for Deacon and Taylor, Bill’s future, and whether or not viewers will ever see Rick Forrester again.

So, are Quinn and Carter going to stay together this time around? “They have good chemistry,” Lang commented, who was still wearing a leg cast after her horse riding accident. Kasprzyk, meanwhile, referenced Quinn’s recent bicycle race to stop Carter from marrying Paris, joking, “They’ve been going on long bike rides together”.

Okay, no answers there… However, the next question – about whether Taylor and Deacon will pursue a romantic relationship – definitely perked up the pair.

“Ooooh,” Lang and Kasprzyk both cooed in unison. Although neither of them fielded the question directly, it was clear from the mood in the room that they like the potential couple’s odds. They even tested out some ship names, including “Taycon” and “Dealor”.

A fan asked when viewers could expect Jacqueline MacInnes Wood (Steffy) to return from maternity leave, and Kasprzyk was mercifully direct. “The end of July,” he said. Wood announced the birth of her third child in late May.

Moving on, someone asked if Bill will feature in any upcoming storylines. “He’s got some story coming up,” Kasprzyk stated. “A big part of the story, actually.” He then whispered something to Lang. Intriguing!

Unfortunately, good news for Dollar Bill fans led to bad news for Rick Forrester fans. “Any idea if Rick’s character will ever return?” one fan queried. “No,” the Bold Live host answered, adding, “Rick is holding down the fort at International.”

Later, someone mentioned bringing Brooke’s son RJ back to the canvas. Although Lang instinctively fist-pumped at the notion, she then passively joked, “He went up those stairs and never came back”.

Although they remained mostly true to their word and didn’t disclose any critical spoilers, Lang and Kasprzyk certainly answered some questions that many fans have been wondering.

At the very least, we can look forward to “Dealor” hooking up!