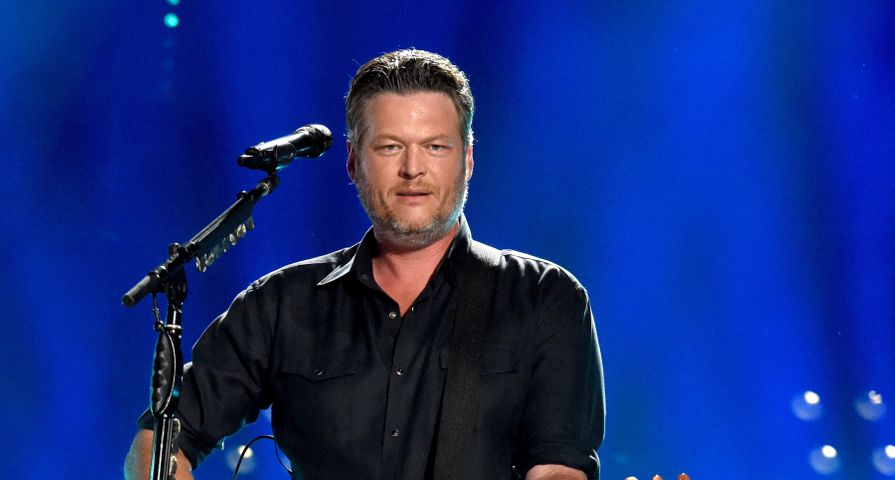 Things You Might Not Know About Amber Cochran And Brantley Gilbert's Relationship
Tammie Arroyo/AFF-USA.com

Fans of country star Blake Shelton know that he likes to drink, but at a recent show in Oregon he may have drank just a little bit too much.

Shelton performed at Oregon’s Pendleton Whisky Music Festival on Saturday, July 14, and during his set he took a little tumble. The next day he took to his Twitter to ask fans for any footage of the fall, writing, Ok Pendleton I know somebody is bound to have video of me falling on stage last night!! Please!! I have to see it!!! Post that sh-t!” He added, “And yes I had been drinking. A lot..”

He then joked that fellow performer Pitbull was to blame for how drunk he was writing, “By the way @pitbull…I blame you. It was my attempt at competing with your show… I am a dancing son of a b–ch when I don’t take a 10 second giant sh-t fall…”

Although many fans seemed amused by the whole thing, at least one follower was not as she responded to the singer, writing, “So,that’s the type of quality show that you put on,…for people that spend their hard earned money to come see you, is for you to show up drunk? That’s some Justin Bieber on Hennessy, throwing up on stage, nonsense right there!”

In typical Shelton fashion though, it didn’t take long for him to snap back, saying, “Oh I’m sorry ma’am… This account is meant for people who actually have a sense of humor.. We’re not accepting cry baby tweets today.. Maybe try again tomorrow!”