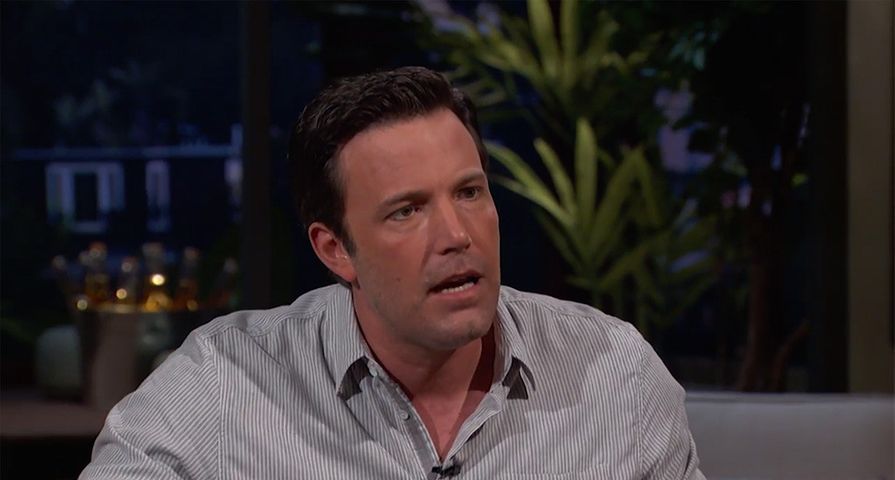 Ben Affleck spared no words in his recent rant about the NFL scandal known as “Deflategate.”

On the series premiere of Bill Simmons’ Any Given Sunday on HBO, the 43-year-old actor passionately defended the New England Patriots’ quarterback Tom Brady, who received a 4-game suspension in the 2015 season for his involvement in the football tampering scandal. Affleck went on a expletive-laden and somewhat strange rant about how he believed this suspension was too harsh.

“Deflategate is the ultimate bulls–t f–king outrage of sports ever. It’s so f–king stupid that I can’t believe [it],” Affleck said, slurring his words. “They gave him a suspension for a quarter of the season, which would be equivalent of suspending a baseball player for 40 f–king days—40 quarter days, to be exact. Which is what they do when you get busted taking steroids. And by the way, if the NFL really knew how to test for steroids and HGH, there’d be no f–king NFL. So instead, what they did was suspend Tom Brady for four days for not giving them his f–king cell phone and for having a friend who called himself the deflator. If I got in trouble for all the things that my friends called themselves, I would be finished, OK? You wanna give a guy—because he doesn’t give you his cell phone—a punishment? I would never give an organization as leak-prone as the NFL my f–king cell phone so you can just look through my e-mails and listen to my voicemails. The first thing they’re going to do is leak this s–t.”

Affleck’s rant didn’t end there, as he defended Brady’s decision not to hand over his cellphone to the NFL. “I don’t know. Maybe it’s funny, lovely sex messages from his wife [Gisele Bündchen]. Maybe it’s just friendly messages from his wife,” Affleck told Simmons. “Maybe Tom Brady is so f–king classy and such a f–king gentleman that he doesn’t want people to know that he may have reflected on his real opinion of some of his co-workers: guys he plays with, guys he plays against. His real feelings. I wouldn’t want guys who I didn’t think were very good to know I didn’t think they were very good. I wouldn’t want guys who I thought were great to know I thought they were great. I’d want to keep my opinions to myself. Surely his opinions about professional football are contained in his e-mails and his texts in his f–king telephone.”

The actor dominated the 5-minute discussion, with Simmons barely able to get a word in. You can watch Affleck’s full rant in the video below: