6 Signs Ben Affleck And Jennifer Garner May Stay Together 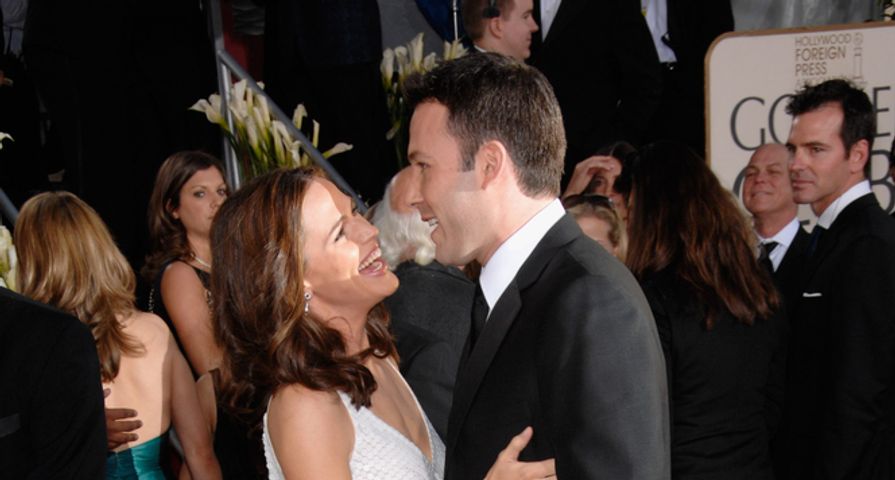 Ben Affleck and Jennifer Garner shocked the world when they announced they were divorcing a few weeks ago. And while things looked as though they were beyond repair, there have been more than a few signs over the past week that Ben and Jen may end up staying together after all. Despite rumors that Ben may have had an affair with the couple’s former nanny (an accusation that Ben’s camp has vehemently denied), it seems as though the pair was the happiest they’ve been since the announcement when they were spotted out and about with their kids this weekend. For those of you who are interested (or those of you holding out for a possible change of heart), here are 6 signs Ben and Jen may end up staying together after all:

Jennifer Garner has been pretty consistent when it comes to wearing her wedding ring post-breakup. She’s been photographed out and about several times and her ring has remained on her wedding finger. While many sources say the couple is continuing to wear their bands in front of the children to help present a united front, Jen has been wearing her wedding ring even when the children aren’t present. To many, it seems like Jen hasn’t given up just yet.

Unlike Jen, Ben has been photographed several times without his wedding band since the split announcement. However, this week, when he was with Jen and the kids in Atlanta, he was back to wearing his ring. As previously stated, this could be a way for Ben and Jen to try and present a united front while spending time with their kids but, either way, it’s a good sign that the two may still be on amicable (if not better) terms.

4. They Had a Fun Family Day In Atlanta

Not only did Ben and Jennifer have a family day in Atlanta this weekend with their kids, they actually looked like they were having fun together. Spending any amount of time together after such a public split would be difficult but the constant flashes from the paparazzi would make everything that much more difficult. Regardless, Ben and Jen (and the kids) looked like they enjoyed their time together and were even snapped smiling and laughing several times throughout the day.

When news of the divorce first broke, Jen (obviously) looked upset and devastated. Sure, she’s had a few weeks to come to terms with the their decision but she’s been looking happier than ever lately. Every photo that’s been taken of Jennifer since the split (with the exception of the Bahamas photos), she’s been smiling – and it doesn’t seem fake or forced. Perhaps their relationship is better than ever – and a change in Ben’s behavior could possibly save their marriage.

2. Ben Only Looks Happy When He’s With Jen

Ben Affleck and Jennifer Garner have constantly been photographed since their announcement a few weeks ago. While Jen has been snapped smiling all the time, Ben looks disheveled and unhappy most of the time. The only time he actually appears to be enjoying his time is when he’s with Jen and the kids. He’s definitely sending a message that he wants to be back with them. Unfortunately, it seems like the ball is in Jen’s court at the moment and we’re not convinced she’s ready to reconcile just yet.

1.  It’s Not Uncommon for Celebs to Change Their Minds

While many people think that when a celebrity couple files for divorce the decision is set in stone, that’s not always the case. Many high profile celeb power couples (Michael Douglas and Catherine Zeta-Jones, for example) have gone through the difficult task of announcing their separations to the world, only to end up staying together in the end. Perhaps this will be the case with Ben and Jen…