Are JoJo And Jordan Rodgers Still Together And Engaged After The Bachelorette?

This season of The Bachelorette is quickly winding down as JoJo gets closer and closer to making her final pick. Her season has had a lot of ups and downs, and definitely its fair share of drama, as it seems more than ever that outside influences and unending rumors have plagued her relationships with more than one contestant.

As it draws nearer to the end however it is getting harder and harder to pin down who JoJo is going to pick, but Reality Steve has all of the spoilers and answers we need!

With the hometown dates over, fans were left hanging at the end of the episode after JoJo went in determined to send Luke Pell packing. Have no fear, according to Reality Steve she still sends him home, leaving Chase, Robby, and Jordan as her final three. After traveling to Thailand for the overnight dates and the final rose ceremony, JoJo says goodbye to Chase next, leaving Jordan and Robby as her final two!

It may seem a little surprising as both men had the most media attention and red flag raising rumors spread about them as both faced accusations of using the show to boost their own fame, and not being over their exes. In the end, JoJo chooses Jordan which may be surprising to some and not to others. Reality Steve is also reporting that despite all the rumors and bad reputation Jordan was getting, they do get engaged and Jordan is in it for the long haul with JoJo.

Of course there is no way of telling until we finally get an update after the final episode airs! 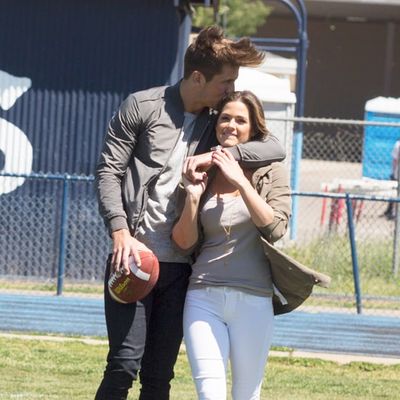