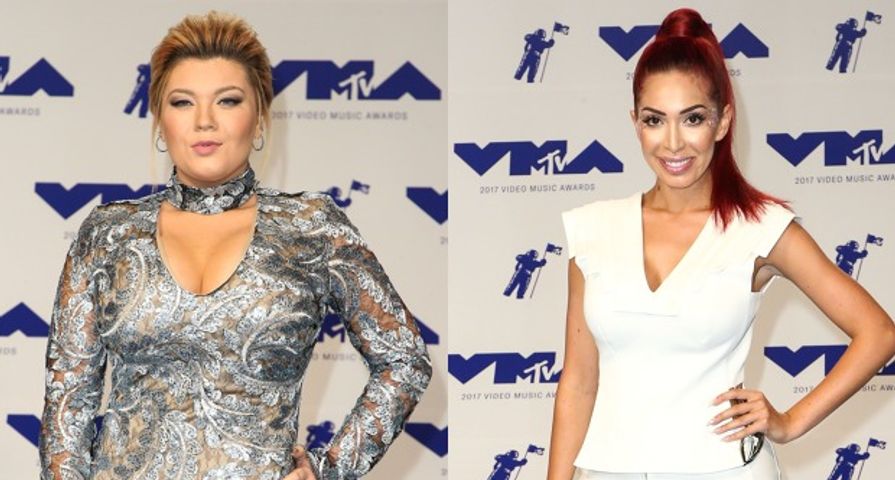 Amber Portwood is turning a new leaf and is ready to put the past behind her to rekindle a friendship with costar Farrah Abraham!

The pair have had an ongoing feud which mostly revolved around their exes and each reality star’s sex tape. Portwood described Abraham to E!’s Daily Pop as “very strong minded with strong opinions” but admit her own faults by adding, “So am I. So I think it’s natural for us to clash.” The feud peaked back in June when Abraham sent Portwood a cease and desist letter over “false and defamatory” statements made about Abraham to the media. Portwood confronted the situation and responded to E! News claiming the legal action was “rather unnecessary.”

Amber continued, “Plus, she’s crazy. We used to be friends, but I don’t know what happened. I think she did things for publicity. I still love her to death. She knows that.”

When asked if she believes her and Farrah will ever rekindle a relationship, Amber revealed, “I know that for me, I’m ready to let everything go. With her, it’s on her terms. I’m not really putting any effort into it or thinking about it.”

Surprisingly, despite the feud between costars, Amber revealed she actually remained quite close with Farrah’s mother Debra Danielsen. Farrah herself is mostly estranged from her mother, but that didn’t stop Portwood from continuing a relationship with Debra. Portwood even revealed that she will be attending Debra’s upcoming wedding nuptials, meanwhile Farrah has shown little interest in attending herself. “Oh, absolutely,” Portwood shared when asked if she planned on attending. “Me and Debra are actually really close. She’s bought clothes from my boutique and has been really supportive.”