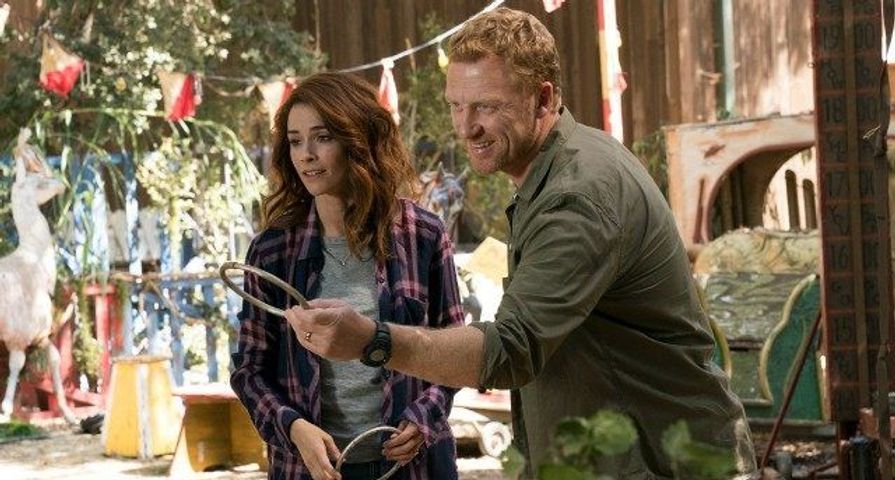 It looks like Grey’s Anatomy is getting ready to welcome back Dr. Megan Hunt.

According to multiple reports, actress Abigail Spencer who played Owen Hunt’s sister, Megan and was first seen in the first episode of season 14.

The last fans saw of Megan however was when she and Riggs took off to Los Angeles to start a new life with her son. While the details of Megan’s return are being kept under wraps, fans already have a lot of questions, and are mostly wondering if Megan’s return means they will be seeing Riggs again too.

Spencer revealed her return on social media. “Red hair. Super care. Megan Hunt is baaaaack!” she wrote next to a photo of herself back in character as Megan on Instagram.

Many will remember that it was actually actress Bridget Regan who originated the role of Dr. Owen Hunt’s sister back in 2016, but Spencer took over in the part after scheduling conflicts caused Regan to drop the role.

Grey’s Anatomy recently celebrated a milestone when its episode on Thursday, February 28 put the series at 332 episode, sending it past ER’s 331 episodes, making it the longest running medical drama on TV.

“You get to film a milestone episode because the fans have supported us this long,” Ellen Pompeo said of crediting the fans with making Grey’s become the longest-running medical drama in TV history.