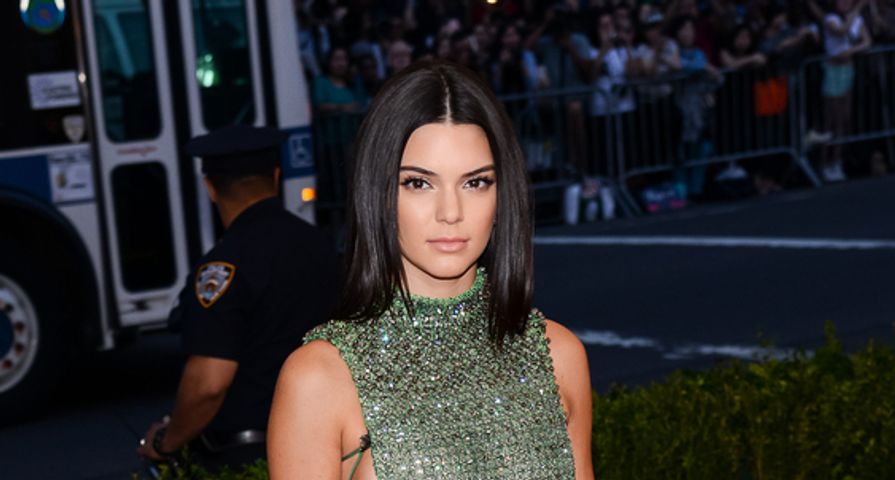 When it comes to scandals, the Kardashian-Jenner klan has more than enough. The one exception in the family seems to be Kendall Jenner. Compared to the others, she is pretty squeaky clean. She doesn’t crave attention the way her older sister Kim does and she isn’t painfully insecure like her younger sister Kylie. She really is the most refined product that the Kardashian-Jenner family has produced. After taking a closer look at Kendall’s life though, we have realized that she has been involved in a number of controversies over the years, but many of these little scandals haven’t really blown up the way you’d expect.

Kendall Jenner was only 14-years-old when she became a bikini model. One of these photo shoots was really provocative. She wore a teeny tiny bikini and, in some shots, it didn’t look like she was wearing any bottoms. Her older sister Kim shared her excitement about the shoot on her blog and her father Bruce Jenner called the same shoot “hot.” Critics, however, weren’t convinced that the photo shoot was appropriate for a young teenager.

When she was only 15-years-old, Kendall Jenner was taking birth control pills. This came to light on the family’s reality TV show. Her father was really angry about the situation, but her mother Kris insisted that Kendall was using the pills because she experiences extreme menstrual cramps not because she is sexually active.

Kendall Jenner dated Julian Brooks, a University of Nevada football player, for over a year back in 2012-2013. She decided to call it quits because she suspected that he was cheating on her. He would disappear for days at a time would not answer her text messages. Her friends reportedly confirmed that Brooks wasn’t being faithful, so she dumped him.

An 18-year-old Kendall Jenner posed nude for Russell James’ book “Angel.” The black and white photo was actually quite tasteful, especially when compared to her older sister Kim Kardashian’s controversial photo shoot for Paper magazine. This isn’t the only provocative shoot that Kendall’s done. She also went topless for Love Remix magazine’s fall 2014 issue, as well as for Interview magazine and Love magazine. Many feel that Kendall is a bit too young to be exposing herself like this and will later regret it.

Kendall Jenner and her younger sister Kylie were spotted drinking champagne and wine at Khloe’s birthday party last June. This wasn’t the first time that she was accused of partying while underage. Back in 2013, TMZ reported that she and Kylie had used fake IDs to get into the 21-and-over Wax Rabbit event at Vignette Lounge; however, they both took to Twitter to deny the allegations.

Kendall Jenner reportedly broke girl code – she is said to have hooked up with Justin Biber behind Selena Gomez’s back. Kendall and Selena had a pretty rocky friendship. A year ago, they attended Coachella together but, a week later, the former Disney star deleted both Kendall and her sister Kendall from Instagram because they were reportedly flirting with the “Baby” singer in front of her. Over the last few months, Justin and Kendall have been spotted getting pretty close, leading many to think that they have been hooking up. Some say that Justin cleaned up his act to win Kendall’s heart. If this is the case, we can’t see her and Selena ever being friends again.

Dining and Dashing in NYC

In April 2014, a waitress in New York City accused Kendall Jenner of walking out of a restaurant without paying her bill. According to the waitress, when she confronted the reality TV star turned model about it, Kendall reportedly threw the money owed at her and then walked away. The waitress happened to be a struggling actress, MTV’s “Skins” Blaine Morris, and she tweeted about the incident: “That horrible moment you chase a kardashian down the street because she forgot to pay her bill to be thrown money in your face.”

Kendall refuted Blain’s claims. “These rumors r absolutely ridiculous!” she tweeted. “I would never throw money in anyone’s face or act that disrespectfully. I was raised better than that.” She then had her legal team threaten to sue the waitress-actress over the incident; however, nothing ever came of it.

Hooking Up with Scott Disick

Star magazine claims that Kendall Jenner has been involved in a steamy affair with her older sister Kourtney’s longtime boyfriend and baby daddy Scott Disick. Her older sister Khloe mocked the allegations on Twitter. “I’m really pissed about this whole @KendallJenner and @ScottDisick thing!!” she tweeted. “Scott, I thought it was you and I that was having the affair!” Good to see they can make light of the situation.

Many of us may feel that Kendall Jenner won the genetic lottery, but that doesn’t mean that she sees what we see. Plastic surgeons believe that the 19-year-old model has had a nose job and a boob job.