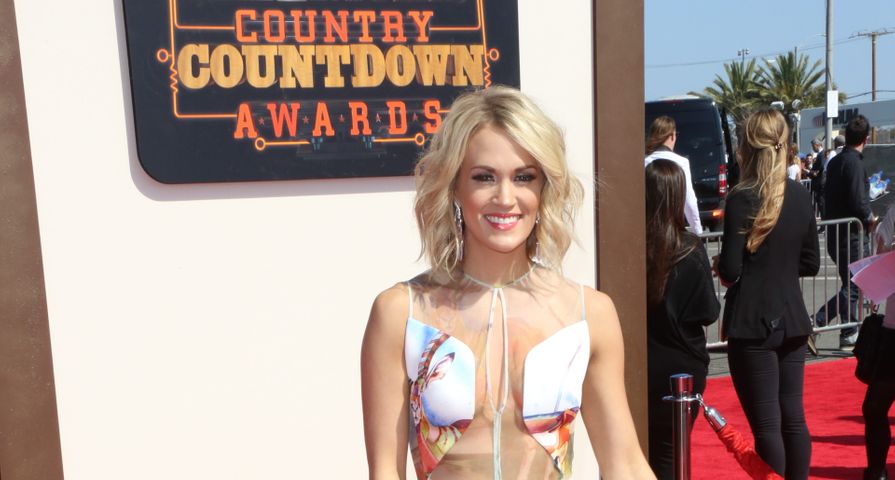 On Sunday, May 1, a ton of country music’s biggest stars took a small break from the Stagecoach Music Festival to appear at the American Country Countdown Awards at The Forum in Inglewood, California. The ACCAs are a relatively knew country music awards show and winners are determined by record sales, radio airplay and tour sales, and as always their red carpet fashion is one of the highlights of the night. Fans know by now that country award shows means there is a wide range of styles from cowboy boots to gowns to simple jeans and, as always, there were some hits and some major misses. Check out the 6 best and worst dressed stars at the 2016 American Country Countdown Awards.

Maidson Marlow and Taylor Dye, known as Maddie and Tae, are one of the hottest young new duos in the industry, yet they are still working out the kinks with red carpet fashion. Madison’s dress was unique and creative yet the embellished leggings did the outfit no favors. Meanwhile Taylor did a little better with her pink mini dress; however, it seemed a little ill-fitting for the pretty star. As a whole the looks just weren’t working.

Sometimes simple is best and Martina McBride definitely proved it with her floor-length Greek goddess type gown. The cinched high waist showed off her great figure and she dressed it up with silver sparkling heels, and matching rings and bracelets, and she had just enough time for photo opportunities before heading in to open the show with her performance.

Jennifer Nettles definitely went outside of the box for her bright white and silver red carpet look, but it didn’t exactly pay off. The beautiful Sugarland singer’s style was a little too reminiscent of a circus ring leader, and not enough awards show glam. We know she can do so much better!

Luke Bryan has mastered the dressy, yet casual red carpet look, thanks to all his years on the red carpet, and the ACCAs were no exception. The handsome singer rocked his signature tight dark jeans along with a dark blue button up with a couple buttons open for good measure, and a lighter blue suit jacket, all set off perfectly with his classic grin.

Sam Hunt can do no wrong…except for with this outfit. The extremely good looking country singer is known for his unique red carpet style, but he always looks better in a suit of some sort. The slightly too short plum pants and nautical themed button up with black dress shoes was way too much of a bad mix of casual and dressy, but you only notice if you an stop staring at his gorgeous smile.

It seem,s in recent years, Carrie Underwood has really expanded her style choices and, although she went through about four outfits through the course of the night, she started things off perfectly with her red carpet arrivals choice. The beautiful singer arrived in a light sheer gown with embellished chest pieces and a flowing long skirt. Along with gorgeous drop earrings and perfectly tousled hair, she chose the perfect fun summertime red carpet gown.