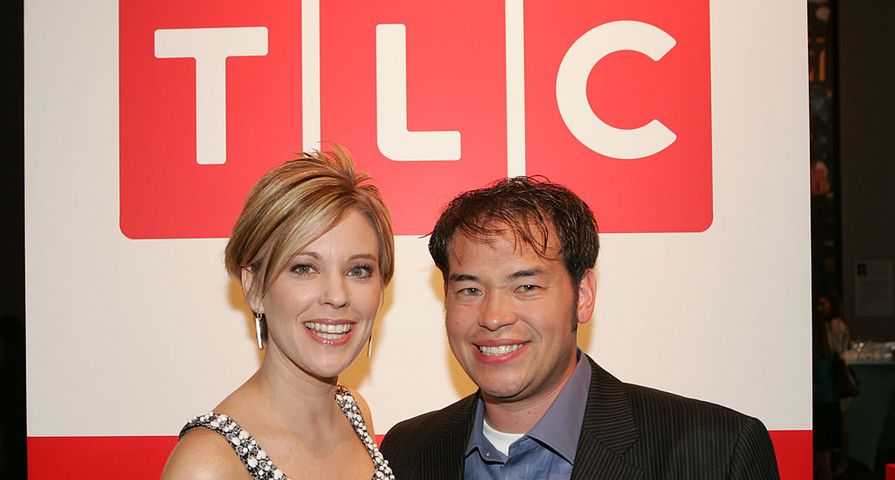 10 Things You Didn't Know About The Duggars

So much is known about Jon and Kate Gosselin about their dramatic relationship but, when it comes to their eight kids, the former couple doesn’t share as much. We’ve collected 12 things that most people don’t know about eight of Gosselin’s eight children:

In 2010, it was reported that two of John and Kate’s children – Collin and Alexis – were expelled from school for bullying and fighting with other children; however, Kate negated this claiming that Collin and Alexis were being homeschooled because the pressure from the divorce was affecting them. “Two of my children, no, are being tutored at home, with a teacher who is working closely with our kindergarten teachers in school, doing the identical curriculum,” she told Entertainment Tonight. “The pressure was getting to them. The goal is to get them back into school as soon as possible.”

According to Kate, one of the sextuplets, Collin, has “special needs.” He has been taken out of the school his siblings attend and no longer lives at home so that he can receive more specialized care so that develop better “life skills” and learn to how to manage his “educational and social challenges.” Kate told People in 2016, “Collin has special needs. [There’s a fairly fluid diagnosis of what those needs are, but he needs to learn certain strategies to help him deal with things. This has been a struggle we’ve had for a very long time, and it’s one I’ve dealt with on my own. I’ve felt very alone in this.”

The twins, Cara and Mady, don’t have a relationship with their dad and have no interest in pursuing one. In regards to their relationship, Mady said, “He makes it seem like we’re being kept from him, which is insane. He should maybe spend some time thinking about why we don’t want to see him, and maybe realize that if he ever does want a relationship with us, talking about us on TV is not the way to make that happen.” The sextuplets still see their father, but he doesn’t see them all at the same time. “I just go to the bus stop [at Kate’s house] and whoever I get, I get,” Jon told Entertainment Weekly although it has been reported that Hannah now lives with her dad full time.

When Kate told Mady and Cara that she and Jon were divorcing, Mady wasn’t really that surprised by the news and Cara fell apart. “Mady was something. She said, ‘I can’t say this comes as much of a surprise. I could’ve guessed.’ But Cara just crumpled into tears. She was crying, and I was holding her in my arms like a baby, but then she looked up and said, ‘You said it was bad but it would turn out good.’ And I said, ‘Because it is bad. But it will turn out good. You’ll see. I promise you that,” Kate told People.

8. The Sextuplets Were Supposed to be Septuplets

When Kate was pregnant with the septuplets, there were actually seven embryos – not six! While they lost the seventh early on in the pregnancy, Alexis still asks about her sibling, which is why Kate opened up about the loss in her book, I Just Want You To Know: Letters To My Kids On Love, Faith and Family.

7. The Twins Are Fraternal

Mady and Cara are fraternal twins, which means that they had their own gestational sac and umbilical cord in the womb. They were born five weeks early at The Reading Hospital and Medical Center in Reading, Pennsylvania. Cara is the older twin, being born six minutes before Mady. Cara weighed five pounds and three ounces while Mady was five pounds and one ounce.

None of the Gosselin sextuplets – Alexis, Hannah, Aiden, Collin, Leah and Joel – are identical. They were born 10 weeks premature and had to be placed on ventilators. All six kids were delivered within three minutes at Penn State Milton S. Hershey Medical Center in Hershey, Pennsylvania, and more than 50 doctors, nurses and other specialists were involved.

5. They Almost All Live With Their Mom

In August 2018, Jon claimed that one of the sextuplets, Hannah, was living with him full-time because she was unhappy living with Kate. A source close to Kate, however, claimed that she still has custody of all eight of her brood although in recent months, it’s been documented that Hannah has been spending a lot more time with her dad and attends a separate school from her siblings while living with him. They celebrated her 14th birthday together and visited Collin together.

4. The Reality Show Helped Them

In an interview with the Today show, Mady and Cara opened up about how their family’s show Jon & Kate Plus 8 affected them and, according to them, the show hasn’t damaged them and has instead helped them. “A lot of people think that filming our show has damaged us,” Mady said. “But it’s only really helped.” The two don’t like the recurring narrative that people have employed that paints them as “messed up.” “It’s so false,” Cara said. “We’re fine. We’re better than ever, actually.”

According to a former nanny, when any of the three boys – Aiden, Collin and Joel – get in trouble, Kate makes them go outside in their humongous yard and pull weeds. In court papers, Jon claimed that Kate regularly locks the children in their rooms – from the outside of the room. He also alleged that their babysitter locked the kids in their rooms and refused to allow them to use the washroom. During one of these lock-ins, Alexis became so frustrated that she broke a mirror in her room. The kids reportedly told their teachers about the various forms of punishment their mom used but were afraid to tell on her.

So many of the Gosselin children have had braces. When Cara and Mady first got theirs, Kate threw a “braces on” party for them. They invited friends over and had some candy and food that kids with braces are typically prohibited from eating. When one of the sextuplets, Leah, got her braces off, Kate threw her a “braces off” party, which was complete with candy, cake, and popcorn.