Home » Entertainment » TV » Cast of Full House: Where Are They Now? 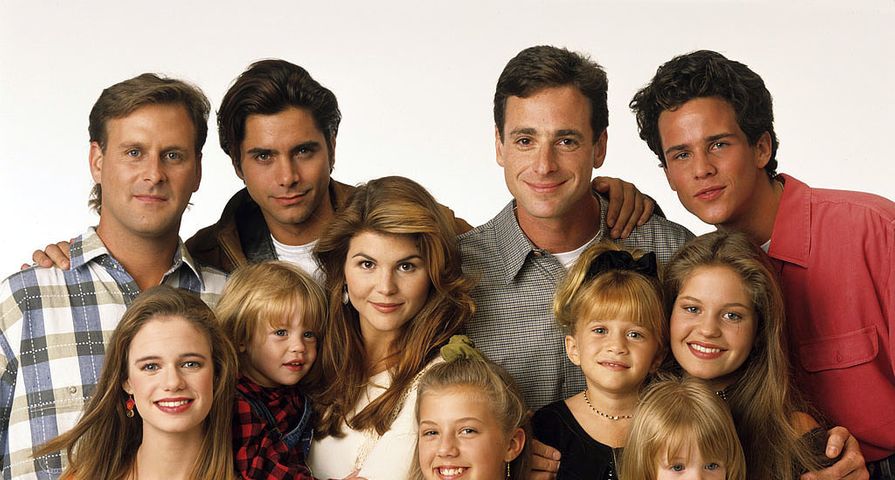 There has been a lot of buzz surrounding the possibility of a revamped version of the television show, Full House. The new show, aptly titled Fuller House, is set to star many of the original cast members, as well as several new faces. The original series ran for eight seasons before its final episode aired on May 23, 1995, which begs the question: What have the cast members been up to since the series finale?

Scott Weinger played D.J. Tanner’s steady boyfriend, Steve, from season five through to the series finale. He is also known for being the voice of Disney’s Aladdin. Weinger graduated with a degree in English from Harvard University in 1998. He and his wife, Rita Mimoun, are both television writers and producers. He has appeared in a few episodes of some TV shows such as Mistresses in 2013 and The Neighbors (with Candace Cameron Bure) in 2014, and he recently revealed he will be involved in Fuller House in some capacity!

After Full House wrapped, Loughlin went on to star alongside Tony Danza in the sitcom Hudson Street for one season, before its cancellation. She also made appearances on Spin City, Seinfeld, Suddenly Susan, The Drew Carey Show and In Case of Emergency.  She later produced and starred in Summerland, a WB drama series she co-created in 2004. In 2008, she attended The Roast of Bob Saget on Comedy Central. She also appeared on Late Night with Jimmy Fallon when John Stamos and his fictional band, “Jesse and the Rippers”, performed in 2013. She is now married to fashion designer Mossimo Giannulli and has two daughters, Olivia Jade and Isabella Rose.

Andrea Barber is most known for her role as D.J. Tanner’s best friend, the irrepressible Kimmy Gibbler. After the series finale, Barber took a step back from acting to focus on her personal life. She pursued studies in English, earning an undergraduate degree at Whittier College, before continuing her studies at the University of York, in England, where she received a M.A. in Women’s Studies. She went on to become an assistant to the director of Whittier College’s International Programs Office. She married Jeremy Rykty in 2002. Together, they have two children, Felicity Ruth and Tate James.

Comedian and voice over artist, Dave Coulier, played zany Uncle Joey whose slapstick comedy, impersonations and wacky antics added comic relief to the sometimes dramatic storylines of the show. Since Full House, Coulier founded F3, a children’s entertainment company, in 2001. He then tried his hand at reality television, appearing in season three of The Surreal Life, as well as in the reality competition show Skating with Celebrities, where he was paired with Olympic figure skater, Nancy Kerrigan. He also lent his voice to many animated characters, including some on the animated series Robot Chicken. Coulier is still doing stand-up comedy and prides himself on his clean, family-friendly humor. He is currently married to producer and photographer, Melissa Bring, and has one son (Luc) from his previous marriage to Jayne Modean. It is also rumored that Coulier is the subject of Alanis Morisette’s song, “You Oughta Know.”

Danny Tanner was a straight-laced, Type A, neat freak whose touching speeches near the end of each episode taught his children (and the audience) the importance of doing the right thing. In real life, Saget’s comedic persona is not quite so wholesome. Saget has been part of the stand-up comedy scene for over 30 years, and his uncensored, adult comedy is quite a contrast from the Danny Tanner you may remember. Following his run on Full House, Saget continued as host of America’s Funniest Home Videos until 1997. He hosted the game show1 vs. 100, provided the voice of the narrator on How I Met Your Mother, released an HBO comedy special entitled “That Ain’t Right,” starred as himself on several episodes of Entourage and even attempted Broadway in the musical “The Dowsy Chaperone,” before being roasted on Comedy Central. His book, “Dirty Daddy,” was published in 2014.

Uncle Jesse was a jingle writer and frontman of the band “Jesse and the Rippers.” In real life, Stamos is also a talented musician. He released an album, “Shades of Blue,” and has appeared in Cabaret on Broadway. He won a Golden Icon Award for his performance in Bye Bye Birdie and was honored with a star on the Walk of Fame in 2009. He has also been a guest drummer for The Beach Boys. In 2013, “Jesse and the Rippers” reunited to perform for Jimmy Fallon. Since Full House, Stamos has appeared in Glee, Law and Order: Special Victims Unit, Two and a Half Men and, most recently, Necessary Roughness. He was also the roast master for Comedy Central’s The Roast of Bob Saget. He has been the face of Oikos Greek Yogurt since 2011 and is rumored to have a role in My Big Fat Greek Wedding 2. He will also be starring in a brand new show on Fox, Grandfathered. He will be playing a recently divorced bachelor who discovers that he has a son thanks to a one night stand, and a granddaughter.

Sweetin has had her share of ups and downs in the years following the show’s final episode. She married Shaun Holgin in 2002, only to divorce four years later. She married her second husband, Cody Herpin, in July 2007. On April 12, 2008, the couple welcomed a daughter, Zoie. In November of that same year, the actress filed for legal separation, and the couple was officially divorced in April of 2010. By this time, Sweetin was in a serious relationship with Morty Coyle. On August 31, 2010, Beatrix Sweetin-Coyle was born. Sweetin married Coyle in March of 2012, then filed for legal separation just over a year later, in June 2013. Sweetin also struggled with substance abuse following her time on Full House. Her memoir, unSweetined, was published in 2009 and discusses life as a child star, as well as her drug and alcohol problems and her road to sobriety.

A year after the show’s cancellation, Candace married then NHL hockey player, Valeri Bure. They are both devout Christians and have three children, Natasha, Lev and Maksim. Since the Full House series finale, Cameron-Bure guest starred on Sybil, Boy Meets World, and That’s So Raven. She has also starred in several Made for TV movies such as No One Would Tell, She Cried No, and Truth Be Told, as well as many Hallmark movies, including Moonlight and Mistletoe, Puppy Love, Let It Snow, Christmas Under Wraps and Aurora Teagarden Mystery: A Bone To Pick. In 2014, Cameron-Bure was a contestant on season 18 of Dancing with the Stars. The actress has also written two books, “Reshaping It All” and “Balancing It All.” In the upcoming Fuller House, Candace reprises the role of D.J. Tanner, who is now a widow, raising three sons.

The “Mary Kate and Ashley” empire began even before the series ended, with the creation of their company, Dualstar, in 1993, which produced straight to DVD videos, including The Adventures of Mary Kate and Ashley, television series such as Two of a Kind and So Little Time, as well as theatrical films such as New York Minute, many of which inspired novelizations and book series. Mary Kate landed a recurring role on Showtime’s Weeds and also appeared in the 2011 drama Beastly. Ashley took a hiatus from acting, with the exception of the Thirty Seconds To Mars video, “City of Angels.” The twins launched several clothing lines, including “The Row,” “Olsenboye,” and “Stylemint.” In 2008, they published a fashion and style book entitled “Influence,” which featured interviews with several prominent fashion designers. Earlier this year, the Council of Fashion Designers of America awarded the twins “Womenswear Designer of the Year.”