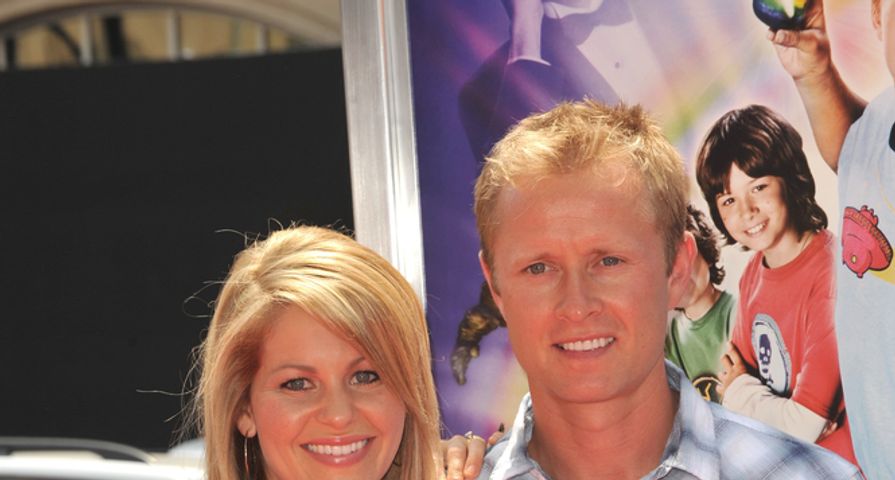 Actress Candace Cameron and former NHL player Valeri Bure have been married for 22 years, which is like 80 years in Hollywood time. These two seem to have a super solid relationship. Both are devout Christians and use the Bible to enhance their marriage, and it seems to be working! In celebration of their 20th wedding anniversary, here are 9 things you didn’t know about their relationship:

They met a charity hockey game back in 1995, which Dave Coulier was involved in. “[Coulier] was playing in a charity hockey game, and so he said, ‘Hey, there are these two really good Russian hockey players.’ It was Val and his brother Pavel [Bure]. He invited me to the game, he invited the whole cast, and I went with Lori Loughlin [who played Aunt Becky] and we sat there and were looking at these two really cute boys – two cute men, I guess – on the ice, and I was like, ‘I want to meet that one, the blonde one,’ which was Val. And that was it.” They went on a date the next day and then courted by phone for four months before they became a serious couple.

Candace married Valeri in 1996 when she was 20 years old and they had their first child when she was 22, daughter Natasha. Two years later, they had a son, Lev and two years after that they had Maksim.

She likes to take a more submissive role in her marriage. “My husband is a natural born leader. I quickly learned that I had to find a way of honoring his take-charge personality and not get frustrated about his desire to have the final decision on just about everything. I am not a passive person, but I chose to fall into a more submissive role in our relationship because I wanted to do everything in my power to make my marriage and family work,” she wrote in her book Balancing It All: My Story of Juggling Priorities and Purpose.

6. They Make Time for Romance

Even though they’re really busy, they make time for date night. “It’s easier for my husband and I to have dates now that our children are older but a few years ago, we struggled to find time for date night or an afternoon lunch. But it’s worth it to make it a priority, otherwise, you see how it affects a marriage. Friendship is the foundation of marriage but you also need private time…You need that intimacy – not just romantic but also through conversation,” she told Yahoo.

5. They Don’t Argue in Front of the Kids

Candace and Val make it a point not to argue in front of their children. “If we get into something heated and see that it’s becoming a bigger issue, we say, ‘We need to stop now’ and take it behind closed doors. We don’t want our kids to see yelling but we want them to see what healthy arguing looks like. We want to be on the same team when it comes to making rules so we talk privately to decide what works and then present a unified front to the kids,” she told Yahoo. “We’ve had our differences – my two sons play hockey and it consumes our lives and I’ve had an issue when it becomes more important than church or family time. I see it as an activity but my husband is a former professional hockey player and views it as priming our kids for the NHL. I don’t have the experience or knowledge in that area so in that situation, I defer to him.”

4. They Keep the Spark Alive

After 21 years together, these two know how to keep the spark alive. “We have lots of sex! I’m gone half the week, so when I’m home we have to keep things alive,” The View host told In Touch. “You’re like, TMI. But listen – my husband and I like to have fun with each other. We flirt a lot!”

The Full House star didn’t have a serious boyfriend before she met her husband. “I really didn’t have a high school boyfriend. Val was the first guy I really dated seriously, and we’re married. We met when I was 18 years old and got married when I was 20,” she told Seventeen magazine.

When Valeri was first learning English after moving from Moscow, he learned to speak English by watching episodes of Full House.

Val doesn’t like to watch his wife kiss another man in any of her movies; however, he’s given her permission to do so, but he won’t go out and see it. “I’ve never considered doing a sex scene nor is it an option just on personal conviction. But, that simple kiss at the end of a movie when the guy and girl finally profess their love for one another… YES! I love watching those moments! My husband… not so much — which is why he doesn’t. What husband wants to watch his wife flirt and kiss another guy? We’ve had many conversations about it and ended up here: He knows I love acting and if there’s a romantic element in the script, he’s given me his blessing (that may be a strong word LOL– er… permission?) to do it. But, with that said… he’s not going to watch it. And I completely understand and am OK with that,” Candace told She Knows.