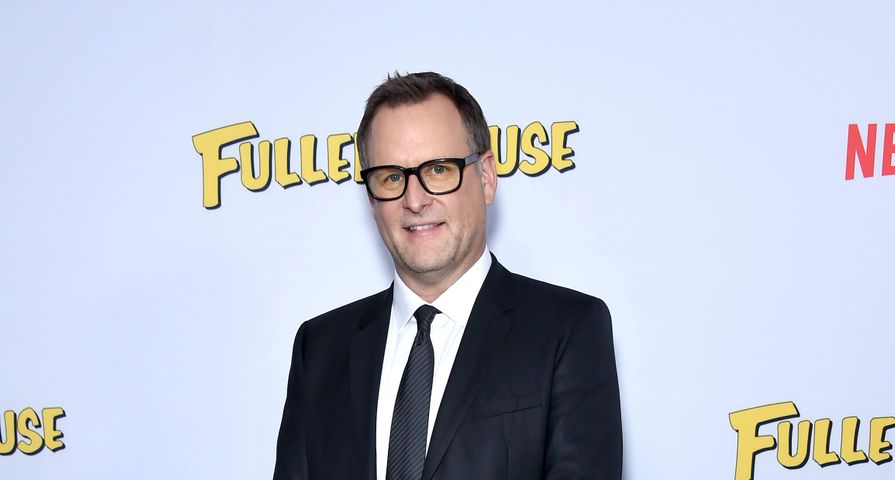 For almost three decades, Dave Coulier has captured the hearts of fans thanks in large part to his lovable role as Joey Gladstone on Full House. Needless to say, fans were ecstatic to hear he would be reprising his role on Netflix’s hit revival series Fuller House, once again bringing back all the cheesy comedy fans knew and loved from his character. Since he has been around and loved by fans for so long, get to know the talented actor and comedian better with these 10 things not widely known about him:

In the early ’80s, Coulier was still trying to get his career started and eventually met Bob Saget after the two performed at comedy shows together in L.A. The two actually became fast friends well before their Full House days and Saget allowed Coulier to crash on his couch while he looked for work. He landed small roles including voice-over work, but got his break with the show Out of Control where he coined his well-known Full House trademark phrase, “Cut. It. Out.” 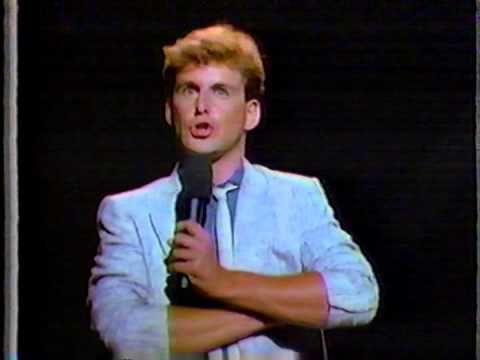 After so many years of performing comedy and portraying Uncle Joey, many do not know any other things about the actor, and one of the most interesting things about him is he is also a pilot! He earned his pilot’s license in 1979 and owns his own Beechcraft B35. In an episode of Oprah: Where Are They Now? Coulier revealed he is an “instrument rated” pilot which means he took additional training that allows him to fly in extreme weather conditions.

David Alan “Dave” Coulier was born on September 21, 1959 in St. Clair Shores, Michigan. His mother’s family was from New Brunswick, Canada, while his paternal grandmother was a Jewish immigrant from Germany. He attended Notre Dame High School in Harper Woods, Michigan where he played varsity hockey and also got his start in stand-up comedy by doing impersonations of his principal. After high school Coulier attended the University of Michigan, but dropped out after just one year to pursue comedy full time. 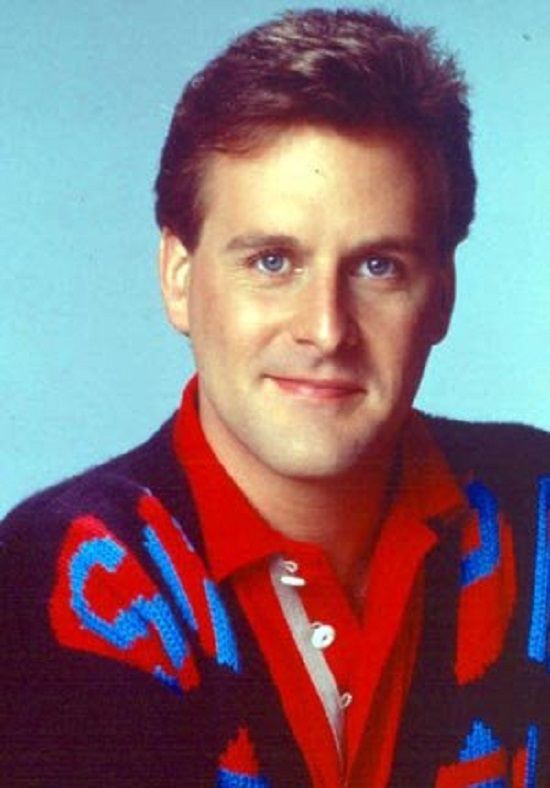 Dave Coulier will always be best known for his Full House role, but in the ’80s he was the voice of some very popular cartoons including Muppet Babies and Ghostbusters. Coulier revealed it all began when he was a “jock” growing up and would do impressions for all the guys on his hockey team, and they all told him how good he was at it. “So I would just mimic cartoons that I really loved and other people would respond to that…And when I moved to L.A., when I was 20 years old, I put an audition tape together and I sent it to Hanna-Barbera on a Friday, and on Monday, they called and said, ‘Listen, we love your voice, Dave. Can you come in and work on Scooby- Doo?’ and I said, ‘Absolutely!’ And that was my first voice-over job working for Scooby-Doo, believe it or not.” 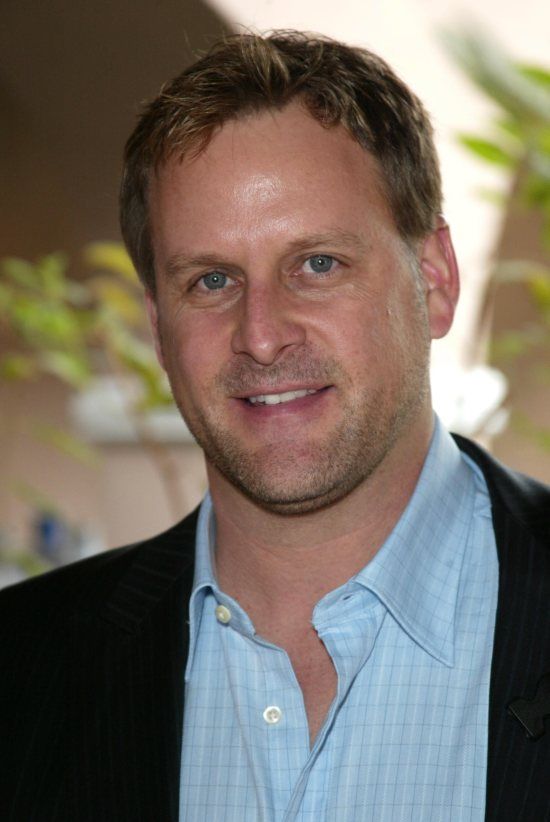 Back in the spring of 2015, almost all celebrity news revolved around Bruce Jenner’s shocking transformation into Caitlyn Jenner, and while it came as a complete surprise to most, some were claiming they knew all along about Bruce’s real identity, including Dave Coulier. While doing an interview on The Russell Rush Show, Coulier revealed that during his first marriage to Jayne Modean, Modean was “really good friends” with then Bruce Jenner, and Coulier stated, “I knew about this 25 years ago. I knew that information, but I never vocalized it to anybody other than close friends. It wasn’t a surprise to me.” He added that at first Jenner had a different name in mind for the transformation. “My ex-wife always told me Bruce wanted to be Nicky Jenner.” Looks like if you have a big secret that needs to be kept, Dave Coulier is the guy! 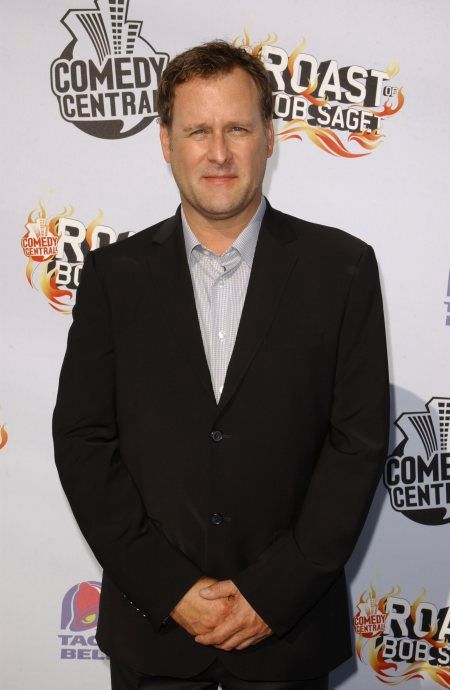 From all their years playing best friends on Full House, it isn’t surprising that Bob Saget, Dave Coulier, and John Stamos are actually close friends in real life, and Coulier revealed being friends with perpetual hot bachelor John Stamos had its perks. In a 2015 interview, Coulier revealed that back in his days as a bachelor, he didn’t mind being wingman for Stamos. “John would call me up – here’s why John is such a great guy – he would call me up and say, ‘Hey, do you know any guys that would come over because there’s five girls sitting in my pool right now and I need some help?’ So I would call my knucklehead hockey buddies in LA, and I’d go, ‘Hey, we have to go over to John’s house and help him right now because there are some supermodels sitting around his pool and he’s a little overwhelmed,” Coulier stated. “When I was a single guy, it used to be great. You’d ski in John Stamos’ wake and supermodels were bouncing off of him. It was pretty special.. I had never seen anything like that before.”

In the early ’90s Coulier married Jayne Modean but the marriage only lasted two years before they called it quits after having welcomed a son, Luc, in 1990. After his divorce, Coulier was in an infamous relationship with Alanis Morissette, and there has been speculation that her hit song “You Oughta Know” from her Jagged Little Pill Album was actually about Coulier, revealing a lot about their relationship. One time Coulier said he was in fact the guy in the song as a joke, and it has now become a celebrity urban legend. “I dated Alanis in 1992..First of all, the guy in the song is a real a-hole, so I don’t want to be that guy. Secondly, I asked Alanis, ‘I’m getting calls from the media and they want to know who this guy is,’ And she said, ‘Well, you know it could be a bunch of people. But you can say whatever you want.’ So one time…the press just wore me down and everybody wanted to know so I said, ‘Yeah, all right, I’m the guy. There I said it.’ So then it became a snowball effect of, ‘OH! So you are the guy!,” he said. In 2005 Coulier then began dating photographer Melissa Bring and the two eventually married on July 2, 2014 in Montana.

Although it took the star awhile to find a lasting relationship, he ended up being quite the matchmaker for others. After working with Candace Cameron Bure for eight years, Coulier ended up being the one to introduce Bure to her husband, former NHL player Valeri Bure. In 1995, Coulier was playing in a charity hockey game and invited the Full House cast to attend. While there, Candace Cameron was checking out the players and she decided she wanted to meet Valeri, so after the game, Coulier introduced them. “We went on a date the very next day, and in less than a year we were engaged,” the actress said of the fateful meeting and added that Valeri sent a signed hockey stick to Coulier as a thank you for introducing the pair.

#tbt When @candacecbure husband @valbure gave me this after I introduced them to each other.

After a rocky start to his stand-up comedy career and then becoming a household name thanks to his longtime role as Joey Gladstone on Full House,   Coulier has done mostly voice acting work for various animated series and films before he reprised his role in Fuller House. Now, after so many years in the industry, he has an estimated net worth of $4 million. 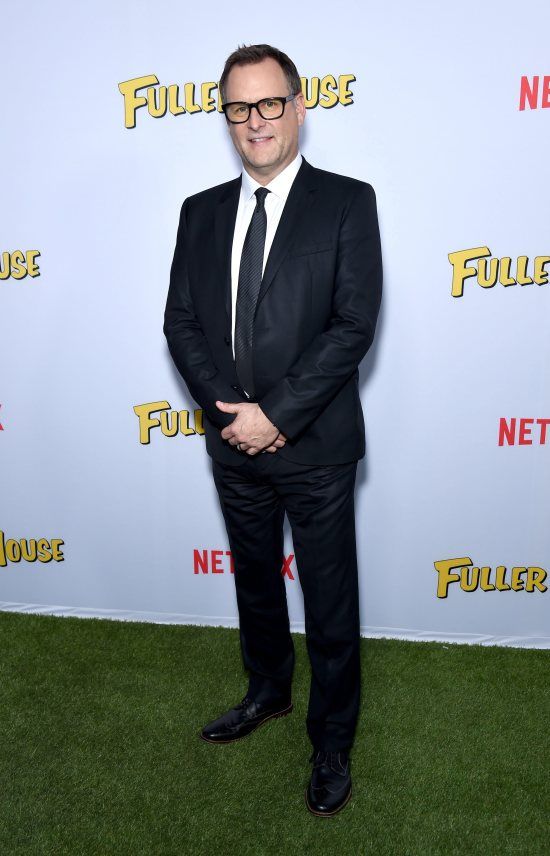 It is safe to say that no one realized the impact Full House was going to have on pop culture, and Coulier realizes he was very lucky to have landed the role because the interview process wasn’t very extensive. “I went on a cattle-call audition – they were auditioning every comedian from New York and Los Angeles. And it actually turned out, to be honest with you, to be one of the easiest jobs I ever auditioned for.” He went on to reveal that after reading for Joey he walked out and one of the executive producers asked him to read for the role of the father (Danny Tanner) making him think he hadn’t nailed the role of Joey. When he got home, however, there was already a message waiting for him from his manager announcing he had landed the Joey role. “And I just thought, Wow, that was so easy! I was only in there like 10 minutes. No callbacks. Nothing. That’s it.” 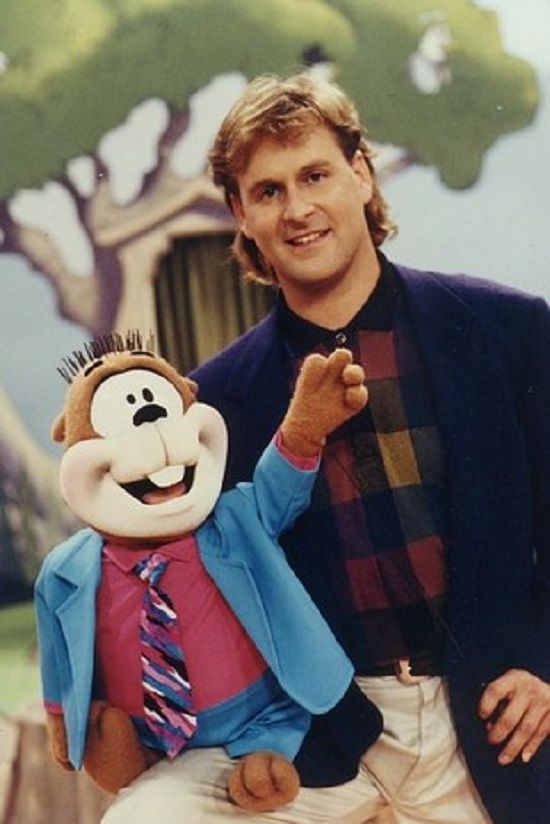