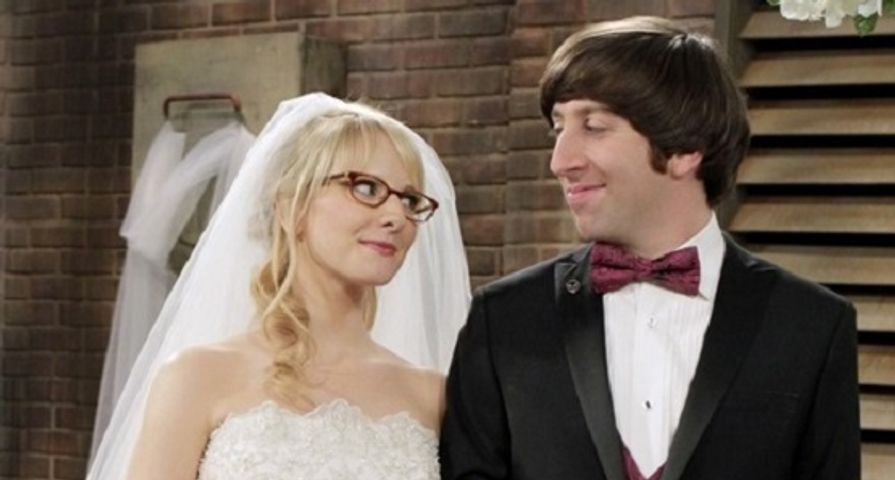 The Big Bang Theory has gone on for more than 10 years now and it has explored all kinds of different human relationships from friendships to family to romance. While there have been many one-off dates for the main characters, there have only been a few real relationships, some of which were great, and others that just couldn’t work. Fans have seen a lot of love interests come and go, a lot of couples form and a whole lot of breakups and makeups through The Big Bang Theory’s many seasons, so here are the 10 most popular couples from the series ranked form worst to best:

Yes, Amy Farrah Fowler and Stuart Bloom only went on two dates, and it could hardly be considered a relationship, but as two of the funniest characters on the show, they couldn’t be left off this list. The pair found themselves on a date in season five’s tenth episode “The Flaming Spittoon Acquisition,” when Stuart worked up the courage to ask her out as she is one of the only women who doesn’t look at him with “soul-sucking, ball-shriveling hatred and contempt.” Obviously their coffee date went well enough to warrant a second date to the movies. Unfortunately, Amy’s heart was still with Sheldon and she had no real interest in Stuart, and Stuart never had enough confidence making it a hilarious episode, but not a love match.

Despite Leonard and Penny forming the show’s central couple, Leonard did quite a bit of dating when the pair were on one of their breaks. One of Leonard’s worst relationships of all was with Stephanie Barnett after it started off on the wrong foot when he met her when she was on a date with Howard. The two never seemed to have the right connection and were clearly not on the same page when it came to how quickly the relationship was moving. Fans could never fully get behind this couple for so many reasons, including lack of chemistry, making them one of the show’s worst couples.

There is no doubt that the addition of Sara Gilbert as Leslie Winkle has added a whole new level of humor to the episodes she appears in, but her relationship with Leonard just didn’t work. Roseanne fans were ecstatic to see the former on-screen couple back together, but in a reverse of his relationship with Stephanie, it seems Leonard was much too needy and Leslie was only looking for a hook-up rather than actual dating. Of course, things did not go much better for the pair when they began an actual relationship and couldn’t see eye-to-eye on many important topics, making their relationship very fleeting and mostly unmemorable.

Of all The Big Bang Theory characters, it truly seems Raj has the least amount of luck when it comes to dating, but he has had a few relationships work out to some extent. Raj first met Emily in season seven’s “The Friendship Turbulence” and it didn’t go especially well as Raj’s nervousness caused him to use Amy as his wing-man and who ended up actually getting coffee with Emily first. Although the two ended up having a lengthy relationship, with each passing episode it was increasingly evident that Raj and Emily really had nothing in common, but Raj just liked having a girlfriend so much he didn’t want to break up with her. Emily always seemed a little stuck-up and never quite fit into Raj’s friend group which also didn’t bode well for their relationship.

Aside from Penny, it truly seemed that Raj’s sister Priya was one of the best matches for Leonard. After a previous hookup, Priya was officially introduced on the show in season four’s “The Irish Pub Formulation” and she and Leonard quickly become an official couple. It is often noted in the show how great the two were together, but fans never really felt that way. While Priya was smart and gorgeous, she was also extremely controlling and seemed to always think she was better than Leonard. Of course, even though they did have some good moments together, the main reason fans didn’t support the Priya and Leonard’s relationship was because they knew he belonged with Penny.

Although Penny’s promiscuity is referenced often in The Big Bang Theory, she actually had very few seen dates or relationships on the shows. One of her recurring boyfriends who wasn’t Leonard was Zack Johnson, and really the two weren’t horrible together. Zack first appeared in season three’s “The Lunar Excitation” and appeared off and on throughout several episodes, and unlike Penny’s ex Kurt, Zack is actually quite likable and friendly, but mostly due to how dimwitted he is. Together, Penny and Zack were hilarious and he was exceptionally sweet to her, but even though they made sense, fans knew that Penny was meant to be with Leonard.

Even though Raj was able to overcome his inability to speak to women, there is no denying that he is still painfully shy and awkward around them. With Raj’s own shyness, he found an adorable match in the extremely socially anxious Lucy after the pair met at singles-only Valentine’s Day party held at the comic book store. Although the two hilariously bonded over their serious “psychological problems” they actually made a very sweet pair, and continuously tried to help each other be less shy and awkward. Unfortunately, Raj ended up being with Emily because while she was okay with him dating Lucy at the same time, Lucy did not feel the same way. Many fans wonder why they didn’t keep Lucy on as a recurring character and love interest for Raj as she was clearly one of his best matches.

Penny and Leonard may be the show’s central couple since the beginning, but they are far from the perfect pair. At first, it seemed that Penny was too far out of Leonard’s league for the two to actually develop a romantic relationship. Although they did begin dating, their relationship was constantly plagued by issues, fights and obstacles which made for countless breakups and makeups, making many wonder if they were actually any good together. Despite a lot of challenges, the pair were finally married and even though the show wouldn’t be the same without the Penny and Leonard relationship dynamic, they are not the best couple on The Big Bang Theory.

While Penny and Leonard’s constant breakups and makeups grew tiresome for fans, they can’t get enough of the development of the relationship between Amy and Sheldon. At the beginning of the series it was incomprehensible to think of Sheldon even considering dating, but now, not only is he in a committed relationship with Amy, he is even engaging in coitus! While many may find Sheldon annoying, a huge part of his character development, for the better, can be credited to Amy, and together they are not only a great match, but absolutely hilarious. Amy has perfected how best to deal with Sheldon and is one of the only people who can make him see when he is being ridiculous, not to mention it is with Amy that fans have been able to see a much softer and emotional side of Sheldon. While definitely not perfect, they work on issues that only a relationship like Amy and Sheldon’s can have, and best of all they understand each other better than anybody.

Fans had no idea what it was going to mean for the series when Melissa Rauch was introduced as Bernadette in season three. Over the course of seven seasons, the two have become one of the central couples and the strongest couple out of them all. Because of Bernadette, Howard went through a huge change from a sex-crazed, kind of creepy, weirdo to a doting husband and father, and he has often displayed huge romantic gestures to show Bernadette just how much he loves her.