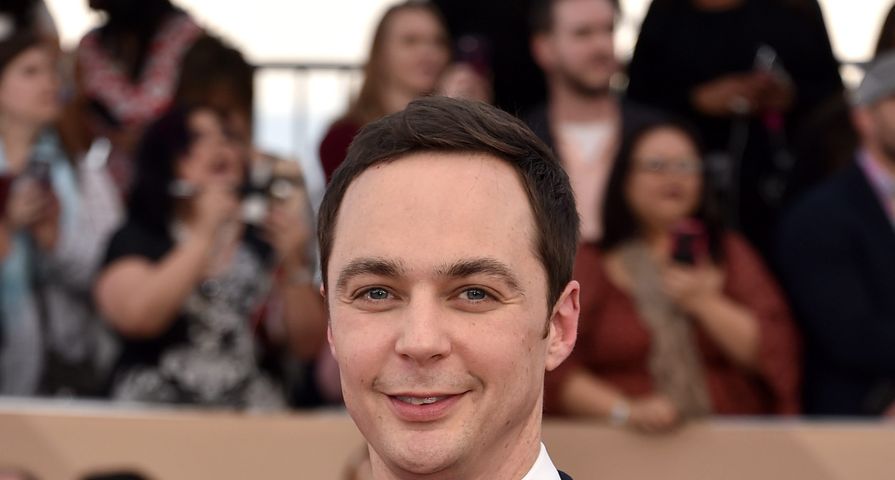 Jim Parsons has been a staple on TV for over a decade thanks to his leading role as Sheldon Cooper on the extremely successful series The Big Bang Theory. After so many years in the role, fans have come to know the actor as his character, and while they may share some similarities, in real life, Parsons is not at all socially awkward or arrogant, and there is a lot more to him that people don’t know about! Get to know the talented actor better with these 10 things you didn’t know about Jim Parsons:

On April 29, 2001 when Jim was 28 years old, tragedy struck his family when his father Milton Joseph Parsons, Jr., who went by the nicknames Mickey and Jack, was killed in a car accident at the age of 52. Fifteen years later, Jim appeared in the season premiere episode of the hit reality series Long Island Medium where Theresa Caputo connected the actor and his sister Julie with their late father. In the episode Parsons recalled that above all his father was a loyal family man “bar none” and became emotional during the reading. “It was very intense and very moving. She’s the right medium — I guess you would say — to get across deep messages. I just love her. I was only sorry when we had to stop,” he said afterwards.

James Joseph “Jim” Parsons was born on March 24, 1973 in St. Joseph Hospital in Houston, Texas. Jim along with his sister Julie Ann were raised by their parents, Judy Ann who was a teacher and Milton Joseph “Mickey/Jack” Parsons Jr., in the suburbs of Texas in a town called Spring. When he was only six years old, Jim made the decision to become an actor after playing the role of Kola-Kola the bird in his school’s production of “The Elephant’s Child.”

While he was no child prodigy like his Big Bang Theory character, Parsons was no slouch in school in real life. He attended Klein Oak High School in Spring, Texas, and after graduating attended the University of Houston where he received his undergraduate degree in Theatre from the University’s School of Theatre and Dance.While at the University of Houston, Parsons worked diligently on building his resume and appeared in 17 plays over the course of three years. From there he continued on to graduate school, completing his master’s degree in Theatre from the University of San Diego where he was only one of seven students accepted into a two-year course in classical theater.

Despite being one of seven students admitted into the special classical theatre course at the University of San Diego, the program’s director Rick Seer admits he had reservations about how Parsons would do. “Jim is a very specific personality. He’s thoroughly original, which is one reason he’s been so successful. But we worried, ‘Does that adapt itself to classical theater, does that adapt itself to the kind of training that we’re doing?’ But we decided that he was so talented that we would give him a try and see how it worked out.”

#tbt 1996, first time ever in NYC. It was love at first sight. #iheartNY #youngdumbandbleached

After completing the program and graduating in 2001, Parsons admitted he would have continued school if possible because it was “so safe,” but he instead moved to New York to pursue real work experience in acting. Although he participated in many Off-Broadway productions, it was much harder for the actor to land on-camera work and revealed he auditioned for somewhere between 15 and 30 TV pilots and either did not get the part, or he did and the show was never picked up. This changed with The Big Bang Theory. After reading the its pilot, he felt connected to the character of Sheldon Cooper, especially the dialogue stating the the writers, “brilliantly use those words that most of us don’t recognize to create that rhythm. And the rhythm got me. It was the chance to dance through that dialogue, and in a lot of ways still is.” In his audition, creator Chuck Lorre was so impressed he challenged Jim to a second audition because he wanted to see if the actor could replicate such an amazing performance twice. Now, he has been replicating it for over ten seasons.

Given the prominence and notoriety of the character of Sheldon Cooper, fans forget or seem surprised that Parsons can and has had other roles. Aside from his well-known theater work, Parsons has been in various films and TV shows, starting his career in 2002 with a small role in an episode of Ed. From 2004-2005 he also had a recurring role in the series Judging Amy, and starred in the 2004 film Garden State. He also appeared in films such as The Big Year, The Muppets, Wish I Was Here, and The Normal Heart, and also appeared in the Oscar-nominated film Hidden Figures.

Parsons keeps two homes, one in Los Angeles and one in New York City in Gramercy Park, where he lives with his partner of more than 10 years, art director Todd Spiewak, whom he married in 2017. Parsons revealed in an interview that he has been with Spiewak since 2000 when the pair were set up on a blind date, at a karaoke bar. Of their relationship, Parsons said, it is “an act of love, coffee in the morning, going to work, washing the clothes, taking the dogs out — a regular life, boring love.”

It is clear that Parsons has always had exceptional talents in acting whether it was school productions, classical theater, Off-Broadway, or of course, TV, but acting isn’t his only skill. Along with pursuing theater from a young age, Parsons took piano classes for 14 years and became quite good as well.

Although Parsons shot to the height of fame with his role on The Big Bang Theory, he rarely talked about his personal life, and while he wasn’t in the closet, he had never confirmed his sexuality until one particular interview. Back in 2012, Parsons did an interview for the New York Times with Patrick Healy which ended up becoming the avenue in which the actor came out to fans, and he said he was relieved he had finally confirmed he was gay to the world. “I never had a coming out piece. I just didn’t mention it. I took Todd with me to events…and then finally one day while working on Harvey [the play] I did a piece with Patrick Healy for The New York Times and he just point-blank asked, ‘Was working on The Normal Heart meaningful to you as a gay man?’ And I was like, ‘Well, yeah. Yeah.’ And what a wonderful… I can’t tell you what a wonderful thing that was, what a gift he gave me with one question. It was suddenly out there and official.”