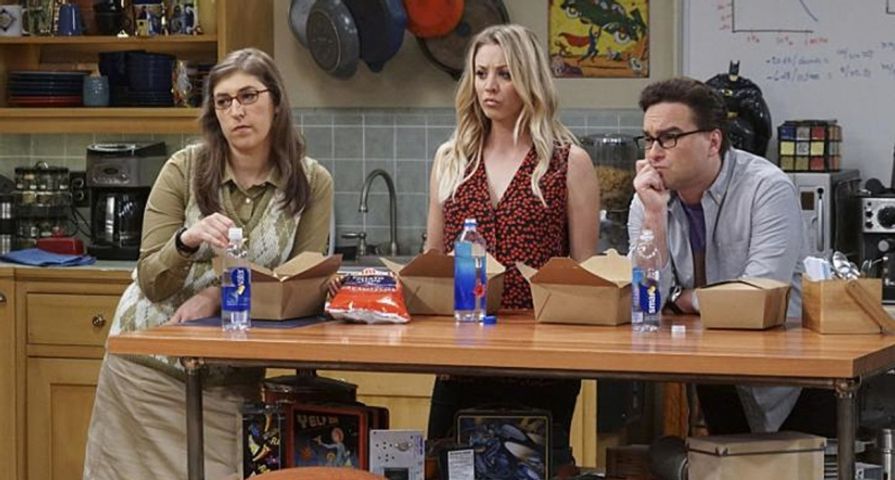 After 10 seasons rumors were flying that The Big Bang Theory was going to call it quits as 10 seasons is an amazing feat for any series, but especially a half-hour comedy sitcom. To the surprise of many, however, the show was instead renewed for two more seasons, but it can’t be ignored that even the biggest fans are starting to lose interest. The series has had huge success, some criticism, and many awards, but here are 7 reasons why we are ready for The Big Bang Theory to come to an end:

Despite its enormous popularity, The Big Bang Theory has always been a divisive show; however, it seems the longer it has gone on, the worse the criticism has become. While many thought playing off the stereotypes of a “dumb blonde” (Penny) and socially awkward “geeks” was offensive to begin with, many more have attacked the show for the humor not even being smart, despite the premise of the show. Now that it has lasted ten seasons, even those who appreciated the show are starting to offer their criticism, and it might just be better if the cast and crew quit while they are ahead, before criticism gets worse and ratings fall.

Those who have watched The Big Bang Theory since the beginning have begun to notice subtle changes in the power of the series, especially when comparing the first season to the most recent. Ten years of playing the same character can wear on any actor or actress, no matter how much they enjoy the role, and some episodes have fallen flat because it seems they often aren’t trying anymore. Unfortunately Kaley Cuoco has always been pointed out as the weakest link, and recently it seems her portrayal of Penny definitely doesn’t have as much of her heart in it as it once did. Again, it would be better for the actors and actresses as well as fans if they ended the series on a positive note, not to the point where they are tired of their own characters.

While every show hopes to have the kind of success that The Big Bang Theory has, the ones that do face the problem of coming up with fresh material to keep character development progressing and keep audiences interested. With everyone in relationships, Penny and Leonard finally married and Howard and Bernadette now being parents, it is unclear what else writers could do with the show to shake things up aside from seeing Amy and Sheldon also marry. At this point it seems everything that could be done has been done except for huge or ridiculous storylines and once a show resorts to those, fans know it is a lost cause and The Big Bang Theory doesn’t deserve that type of fate after all these years. It would be best for the series to end not only on a happy note but while things still make sense instead of forcing writers to come up with new storylines that may not be the best for the characters just to keep the show going.

While some of the actors had been seen before, it is safe to say that landing main roles on The Big Bang Theory skyrocketed the careers of all the leads. While it brought them to levels of fame they had not even dreamed, after 10 seasons, they all now face the problem of being seen only in their roles. At this point it is almost impossible to see Jim Parsons as anyone other than Sheldon Cooper, and it seems that they may beginning to realize that their careers after The Big Bang Theory does end may be more difficult than they anticipated. In just the past couple years it seems even the stars have looked towards their lives and careers after the show ends and have begun taking on other roles such as Jim Parsons in Hidden Figures, and Simon Helberg in Florence Foster Jenkins. Fans of the series will want to see the actors succeed after The Big Bang Theory does end, but they may have a serious problem with being typecast the longer the show continues.

3. Move Towards the Prequel

After a lot of rumors, in March 2017, CBS confirmed that they were officially developing a The Big Bang Theory spin-off. Going by the working title “Young Sheldon” the series will also be a half-hour episode per week like the original and will star Iain Armitage as a 9-year-old Sheldon dealing with life as a genius in high school living with is family in East Texas. It was also reported that Jim Parsons will be narrating as Adult Sheldon, and if the series is going to begin in the spring of 2018, it would be best for The Big Bang Theory to have come to an end. If fans are already not completely on board with BBT being renewed for at least two more seasons, it might lessen interest in the spin-off airing at the same time. In order to give “Young Sheldon” a full chance and to stand on its own, and for fans to truly appreciate it, the original Big Bang Theory series really should end first and it seems many fans are ready for that to happen.

Fans of any series always appreciate character development, but it seems writers have had no choice but to take things too far over the course of so many seasons. Fans know that the Sheldon Cooper of early seasons had absolutely no interest in human affection, sex, or changing himself in order to be accepted or more readily socially, yet almost all of that has completely disappeared. Although small changes are understandable, it is highly unbelievable that someone can change that much to now be living and sleeping with his girlfriend. While it has been argued that the changes in Sheldon have been made to make him less annoying and more relatable it has detracted from the uniqueness of his character and what made him stand out so much. Fans really appreciated how different The Big Bang Theory was when it first started, but over time the show and the characters have sort of lost what set them apart and the series no longer has the same tone or feeling it did in the early seasons.

As well as the characters, fans really loved how unique the series was in terms of the lifestyle and types of comedy it offered. Although the humor is also what turned many people against the show, those who loved it are beginning to notice that the jokes are beginning to get stale. There are so many times they can make fun of themselves for being “geeks” or Howard can make fun of Sheldon for being so awkward. Now that most of them are living regular lives, except for Raj and Stuart, their lives have become less funny and less engaging to audiences. It is now easy to tell when jokes are essentially being reused and often the humor seems stale because we have heard it so many times before. As a top comedy series, once the humor starts to fall flat that is usually when fans lose interest and a sure sign everyone from the writers to viewers are ready for the show to make its way out while there is at least still some love for it.