The 8 Most Controversial Country Music Stars 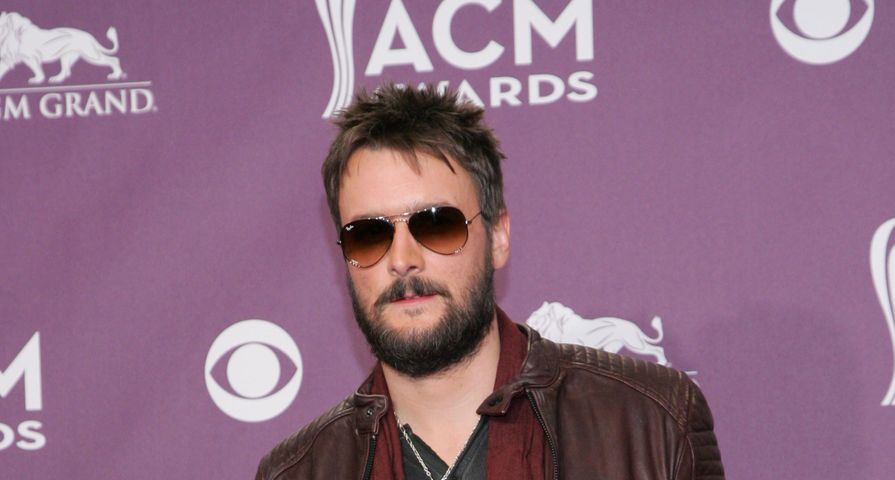 We all love a sing with a bit of a bad side, but sometimes country music stars can take it too far, getting into juicy controversies that keep them in the headlines for their behavior instead of for their musical success. Taylor Swift isn’t the only star who gets into feuds with other music artists! Here are our picks for the top eight most controversial stars in the world of country music:

Zac Brown started quite a war in 2013 when he said that Luke Bryan’s number one single “My Kind of Night” was the “worst song I’ve ever heard.” He continued, “I see it being giant commercially, successful within what is called country music these days, but I also feel like that the people deserve something better than that.” He tried to clarify things on Twitter: “My opinion is not about Luke as an artist, it’s about that song. He didn’t write it. I’m a fan of Luke, but definitely not that song,” he wrote to his followers. But Jason Aldean jumped into the debate, taking Luke’s side, calling Luke “my boy” and commenting on Instagram, “To those people runnin their mouths, trust me when i tell u that nobody gives a sh-t what u think. Its a big ol hit so apparently the fans love it which is what matters. Keep doin ur thing LB!!!”

Of course we have to include Jason Aldean on this list, since he’s the one who jumped into the Zac Brown-Luke Bryan feud that had nothing to do with him. But Jason also caused a controversy for another reason: In 2012, while he was married to Jessica Ussery, he started cheating with American Idol contestant Brittany Kerr. He admitted that he had too much to drink at a bar and publicly apologized to his family — but he ended up getting a divorce from Jessica and then officially started dating Brittany. The two announced their engagement early in 2015, celebrating at a swanky party in Nashville. They didn’t waste any time getting down the aisle, tying the knot in Mexico in March 2015 as part of a four-day extravaganza.

Earlier this year, Little Big Town released a single called “Girl Crush” that caused quite a stir because of its sexy girl-on-girl lyrics. In the song, the group sings about jealousy in a relationship: “I want to taste her lips / Yeah, ’cause they taste like you … I want her magic touch / Yeah, ’cause maybe then you’d want me just as much / I got a girl crush.” Alana Lynn, a morning co-host on 104.3 FM in Boise, Idaho, said that she received a number of phone calls from listeners who were angry about the lyrics, which they believed promoted a “gay agenda.” Singers Karen Fairchild and Kimberly Schlapman were surprised by the outcry; they love the lyrics, which were written by Liz Rose, Lori McKenna and Hillary Lindsey. “It’s a genius lyric, such a beautifully written song about jealousy,” Karen said in an interview with The Washington Post. “It was like, ‘Why would we not cut this?’” The song reached #4 on iTunes, so perhaps the ladies knew what they were talking about.

Probably the most widely publicized country music controversy happened in 2003, when reigning country crossover queens The Dixie Chicks played a show in London. Singer Natalie Maines told the crowd,  “Just so you know, we’re on the good side with y’all. We do not want this war, this violence, and we’re ashamed that the president of the United States is from Texas.” Fans immediately boycotted the band, and record sales and tour revenues plummeted. Natalie clarified herself two days later, saying, “I feel the president is ignoring the opinions of many in the US and alienating the rest of the world.” She then issued a bigger apology: “As a concerned American citizen, I apologize to President Bush because my remark was disrespectful. I feel that whoever holds that office should be treated with the utmost respect. We are currently in Europe and witnessing a huge anti-American sentiment as a result of the perceived rush to war. While war may remain a viable option, as a mother, I just want to see every possible alternative exhausted before children and American soldiers’ lives are lost. I love my country. I am a proud American.” The Dixie Chicks also experienced a smaller controversy when listeners felt that their single “Goodbye Earl” glorified the killing of a husband.

Going way back to 1972, country music icon Loretta Lynn raised controversy with her song “Rated X,” which explored the stigma attached to divorced women. Some of the lyrics include: “If you’ve been a married woman and things didn’t seem to work out / Divorce is the key to bein’ loose and free so you’re gonna be talked about / Everybody knows that you’ve loved once so they think you’ll love again / You can’t have a male friend when you’re a has been of a woman / you’re rated X,” in addition to “The women all look at you like you’re bad and the men all hope you are.” Miranda Lambert, who just announced she’s getting a divorce from husband Blake Shelton, recently sang the song at the ninth Annual ACM Honors in Nashville, where she presented Loretta with the Crystal Milestone Award. Miranda said of Loretta: “She sang songs that were not necessarily appropriate to sing at times like this for me. So I’m thankful for women empowerment.”

Carrie Underwood has never been afraid of singing about her Christian faith and belief in God: one of her first singles was “Jesus Take the Wheel.” But she made some headlines when she released the single “Something in the Water” last year because apparently it upset some of her Atheist fans. The song includes lyrics such as  “Couldn’t fight back the tears, so I fell on my knees/Saying, ‘God, if you’re there come and rescue me’/Felt love pouring down from above/Got washed in the water, washed in the blood/And now I’m changed.” Carrie responded to the supposed outrage in an interview with Glamour magazine: “Country music is different. You have that Bible Belt-ness about it. I’m not the first person to sing about God, Jesus, faith [or] any of that, and I won’t be the last. And it won’t be the last for me, either. If you don’t like it, change the channel.” You might also argue that Carrie stirred up controversy when she starred as Maria in NBC’s love production of The Sound of Music; reviews were not great.

Blake Shelton isn’t one to hold back his opinions — and he caused a bit of a stir when he said in a GAC special, “Nobody wants to listen to their grandpa’s music. And I don’t care how many of these old farts around Nashville going, ‘My God, that ain’t country!’ Well that’s because you don’t buy records anymore, jackass. The kids do, and they don’t want to buy the music you were buying.” Willie Nelson was none too pleased by Blake’s comments, and decided to call his  2013 tour the “Old Farts and Jackasses Tour” in response.

Eric Church had some choice words for Blake too, criticizing his choice to join pop artists like Adam Levine and Christina Aguilera as a judge on NBC’s music competition show The Voice. In a blunt interview with Rolling Stone magazine, Eric said, “Honestly, if Blake Shelton and Cee Lo Green f—ing turn around in a red chair, you got a deal? That’s crazy. I don’t know what would make an artist do that. You’re not an artist.” He continued, “Once your career becomes about something other than the music, then that’s what it is. I’ll never make that mistake. I don’t care if I f—ing starve.” Miranda Lambert, Blake’s wife at the time, took to Twitter to defend her man, writing, “Thanks Eric Church for saying I’m not a real artist. Or @kelly_clarkson, @carrieunderwood & @KeithUrban. Your welcome for the tour in 2010.” Oh snap! That’s the theme here: once two country music artists start a feud, someone else inevitably jumps in. And that someone might be a wife or a husband, because the world of country music is very small!